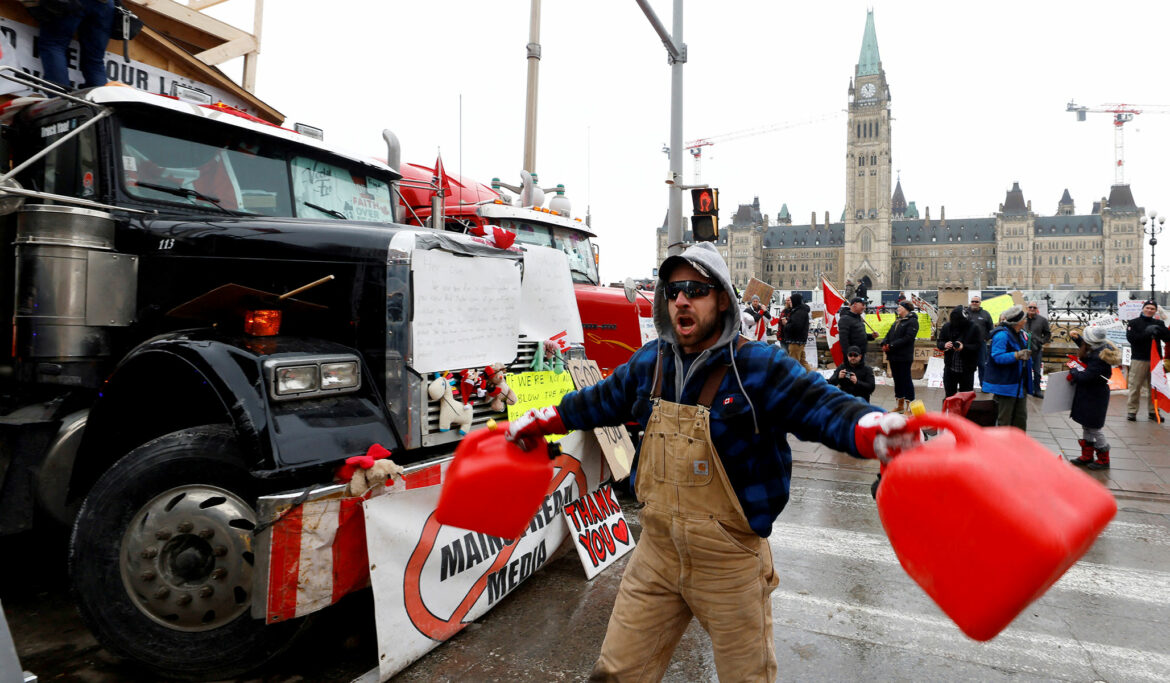 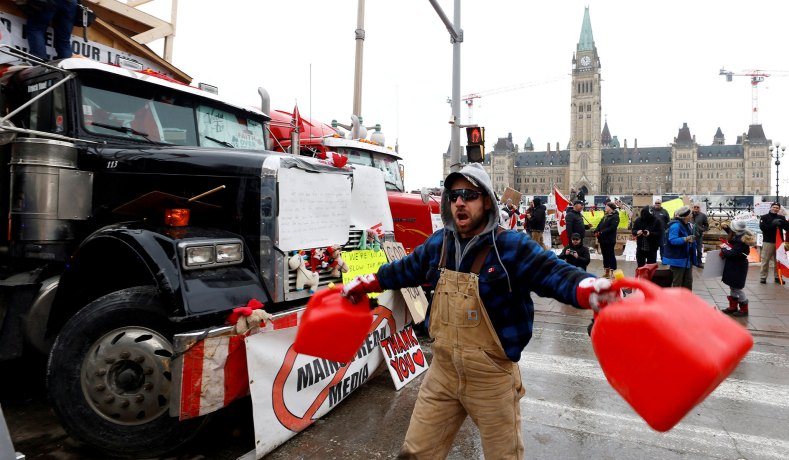 Canadian political junkies, to the extent they exist, usually have to look south to get their fix. The last big scandal in Canadian politics — the subject of a six-month-long investigation and calls for the resignation of Prime Minister Justin Trudeau — was about pressuring the attorney general to spare a Montreal-based construction company from prosecution for fraud. Two cabinet ministers resigned, and MPs left the Liberal Party over the 2019 affair.

Voters yawned and put Trudeau and his party back in power in elections last September. Trudeau has continued in his hapless, progressive ways, leading from behind in a way that would make even Barack Obama say, “C’mon, man, toughen up!” Safetyism has taken over as Canada’s governing ideology — think blue-state Covid restrictions multiplied by ten. Some people, understandably, are fed up.

Then came the vaccine mandate for truckers. On January 15, after some initial confusion about whether the order would go into effect, truckers crossing the border between the U.S. and Canada were required to be vaccinated. The U.S. implemented the same policy on January 22. The Canadian Trucking Alliance estimated that 85–90 percent of Canadian drivers were fully vaccinated anyway.

But it seems that the mandate was the straw that broke the camel’s back for a segment of the population. Unvaccinated truckers announced a convoy that would drive from western Canada to Ottawa to protest the mandates. By the time it reached Ottawa, it had grown dramatically and demanded a complete end to all Covid restrictions in the entire country.

Trudeau has responded the only way modern progressives know how: Call them bigots. To be sure, any crowd the size of the one that congregated in Ottawa is going to have some kooks in it, and they should be condemned. But Trudeau painted with too broad a brush and missed the point: Plenty of people are truly upset with the government’s draconian Covid restrictions and want to see them ended.

What Canada does with its own policies is up to Canadians. We certainly sympathize with those who want to see evidence-free Covid policies ended, especially the nonsensical vaccine mandate for truckers that touched the whole thing off. The U.S. should lead by example and eliminate its vaccine mandate first, and then pressure Canada to do the same. Meanwhile, in a welcome development, the truckers have pushed conservative officeholders in Canada, who had been mostly on board with the Covid restrictions, to reverse field — officials in Alberta and Saskatchewan announced relaxations of rules this week.

But the actions of some protesters have gone too far, and they’re harming Americans now. The blockade of the Ambassador Bridge, which connects Detroit to Windsor, Ontario, has now lasted five days and has prevented hundreds of millions of dollars’ worth of goods from entering the U.S. Particularly affected is the automotive industry, which relies on parts crossing the border for normal operations.

According to the Detroit Free Press, Ford, Toyota, General Motors, and Stellantis (formerly Fiat Chrysler) have had to cancel shifts in response to the blockade. GM had to charter planes to fly parts from London, Ontario, to Fort Wayne, Ind., which is less than a 300-mile drive. CBS Toledo reports that Ford’s Ohio Assembly Plant has already laid off workers for next week due to lack of parts. Analysis from the Anderson Economic Group out of East Lansing, Mich., estimates that during this week alone, workers in Michigan have lost $51 million in wages due to the Ambassador Bridge blockade.

Protesters engaged in blockades are making life miserable for truckers who are still working. Blocking the busiest border crossing between the U.S. and Canada means truckers are having to take lengthy detours, and other border crossings are becoming more clogged.

Ontario’s Conservative premier, Doug Ford, declared a state of emergency Friday concerning the blockade. The Ontario Superior Court gave protesters until 7 p.m. to clear the bridge, but many still have not left. They need to do so. Ford put it well when he said, “Your right to make a political statement does not outweigh the right of hundreds of thousands of workers to earn their living.”

Trudeau’s safetyism deserves pushback, and people have the right to protest the government. Trudeau has brought this protest upon himself by insisting on a senseless vaccine mandate targeted at some of North America’s most essential workers — workers who have very little interpersonal contact while doing their jobs. But the blockades are harming the livelihoods of bystanders to the conflict between the protesters and the government, and they need to stop.

Justin’s father, Pierre “Just Watch Me” Trudeau, took a famously forceful approach to civil unrest in October 1970 when Quebec separatists kidnapped two government officials. This situation needs to be defused before it escalates anywhere close to that point. That means protesters should let traffic flow again, and heed the old bartender’s end-of-night stipulation — you don’t have to go home, but you can’t stay here.