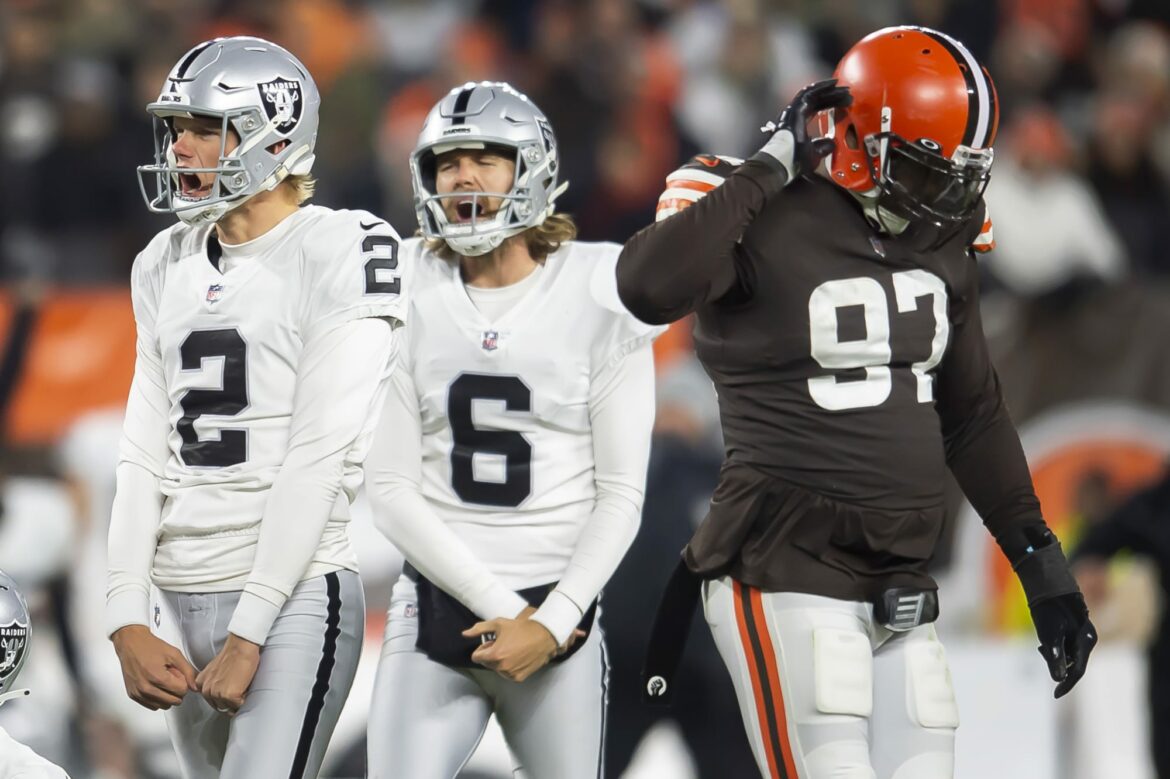 The Cleveland Browns almost pulled out a win over the Las Vegas Raiders, but were shut down by a Daniel Carlson field goal.

The Cleveland Browns were without a bevy of players due to a COVID-19 outbreak, two of them being quarterbacks Baker Mayfield and Case Keenum. That left Nick Mullens as the starter for Monday night’s game against the Las Vegas Raiders.

Despite trailing for the majority of the game, the Browns took a late 14-13 lead in the fourth quarter after Mullens threw a touchdown pass to tight end Harrison Bryant. Mayfield tweeted out his support to his teammates. All Cleveland had to do was stop the Raiders offense and first-place in the AFC North was theirs.

Stadium better be so damn loud when the defense is back on the field….

Instead, the Raiders marched down the field on nine plays, setting up Daniel Carlson’s game-winning, 48-yard field goal to walk out of First Energy Stadium with the 16-14 win..

Is this really a jinx? Or more the Browns defense failed to stop Derek Carr and Las Vegas’ offense on the final drive of the game?

The Browns had the chance to climb up the top of the division following the Baltimore Ravens’ 31-30 loss to the Green Bay Packers on Sunday. Instead, the Cincinnati Bengals and Baltimore are tied for first-place, while Cleveland falls down to last in the division with a 7-7 record. The Pittsburgh Steelers hold third-place with a 7-6-1 record.

The Browns will look to put this loss behind them, because they have to prepare for a huge Week 16. On Christmas this Saturday, Cleveland faces off against the Packers, who just clinched the NFC North and are in the drivers seat to clinch the top seed in the conference.