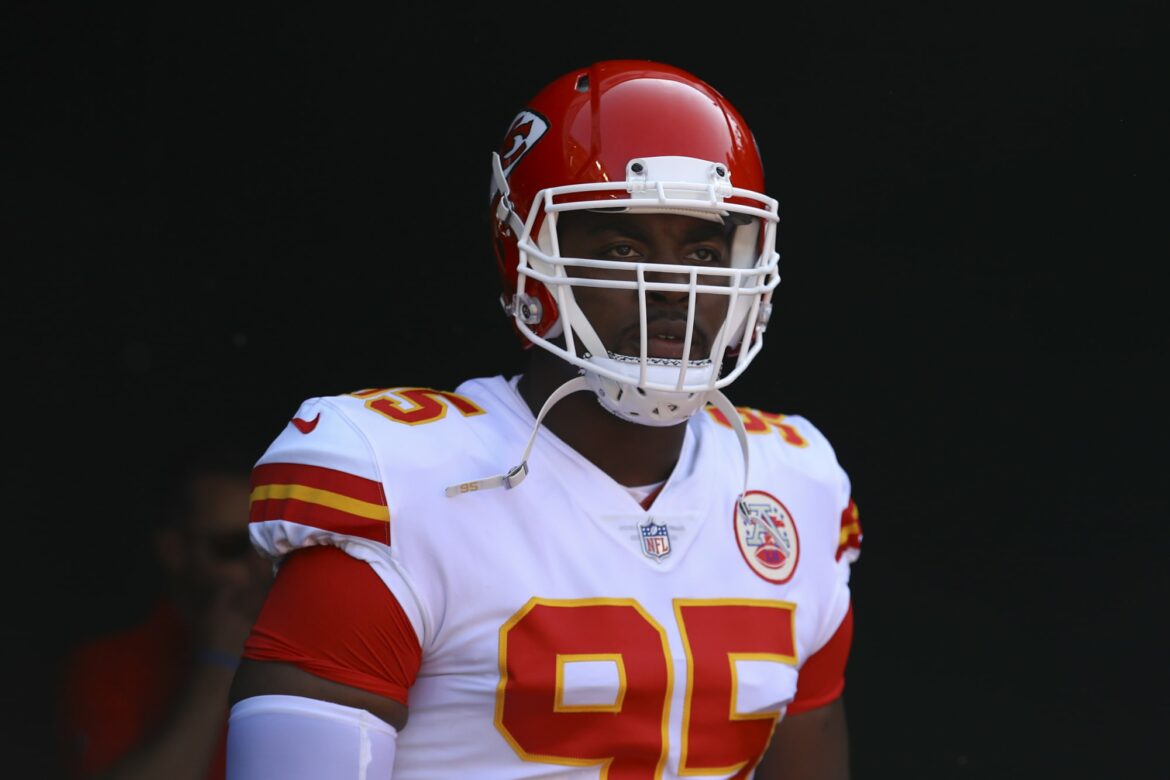 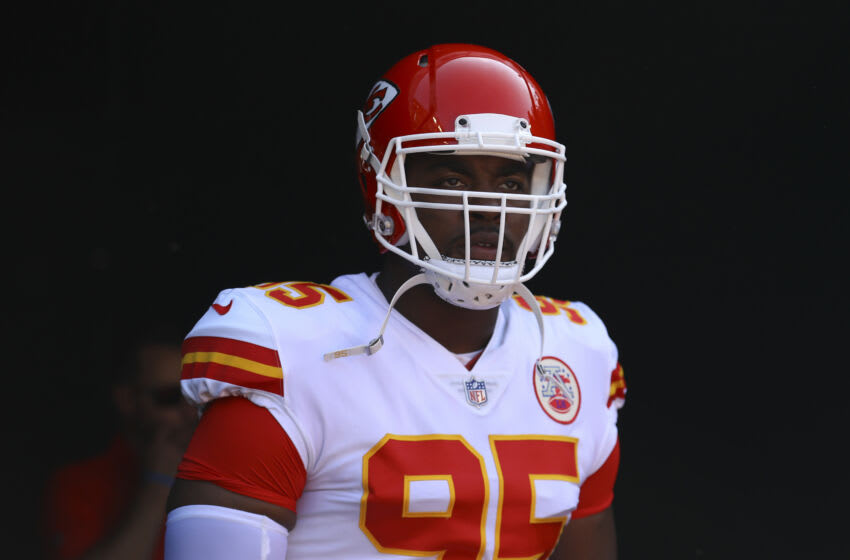 PHILADELPHIA, PA – OCTOBER 03: Chris Jones #95 of the Kansas City Chiefs walks onto the field prior to the game against the Philadelphia Eagles at Lincoln Financial Field on October 3, 2021 in Philadelphia, Pennsylvania. (Photo by Mitchell Leff/Getty Images)

On a Derrick Henry run, Chris Jones didn’t even come close to giving full effort and Chiefs fans are letting him have it.

Sunday couldn’t have gone much worse for the Kansas City Chiefs, as the team suffered a disappointing 27-3 loss on the road against the Tennessee Titans. Before the opening kick, there was plenty of excitement with the news that Chris Jones was returning from injury.

However, that excitement didn’t last long, as Tennessee dominated play and was up 27-0 at halftime. Unfortunately for Jones, it wasn’t the return to the field he was hoping for. On top of that, he’s getting blasted by fans after a clip made its way to Twitter where the defensive lineman really doesn’t try too hard to try and bring down Derrick Henry.

As you can see in the clip above, Jones really looked sluggish here and barely put his arm up to try and ‘tackle’ Henry. He’s simply got to put in more of an effort than this. Tackling Henry is incredibly difficult, especially when he’s running downhill. What in the world did Jones think would happen here?

After watching that clip multiple times, it really is easy to understand why Kansas City nation isn’t too pleased with him right now. Jones was born to record sacks and there’s no doubt he’s a playmaker for this defense when he’s healthy.

At the same time, Andy Reid will have every right to be furious when he watches film and see this from Jones. It simply can’t happen again, especially when Kansas City is going up against a powerful team like Tennessee. With Sunday’s loss, the Chiefs are now 3-4 on the year and the team morale couldn’t be lower.