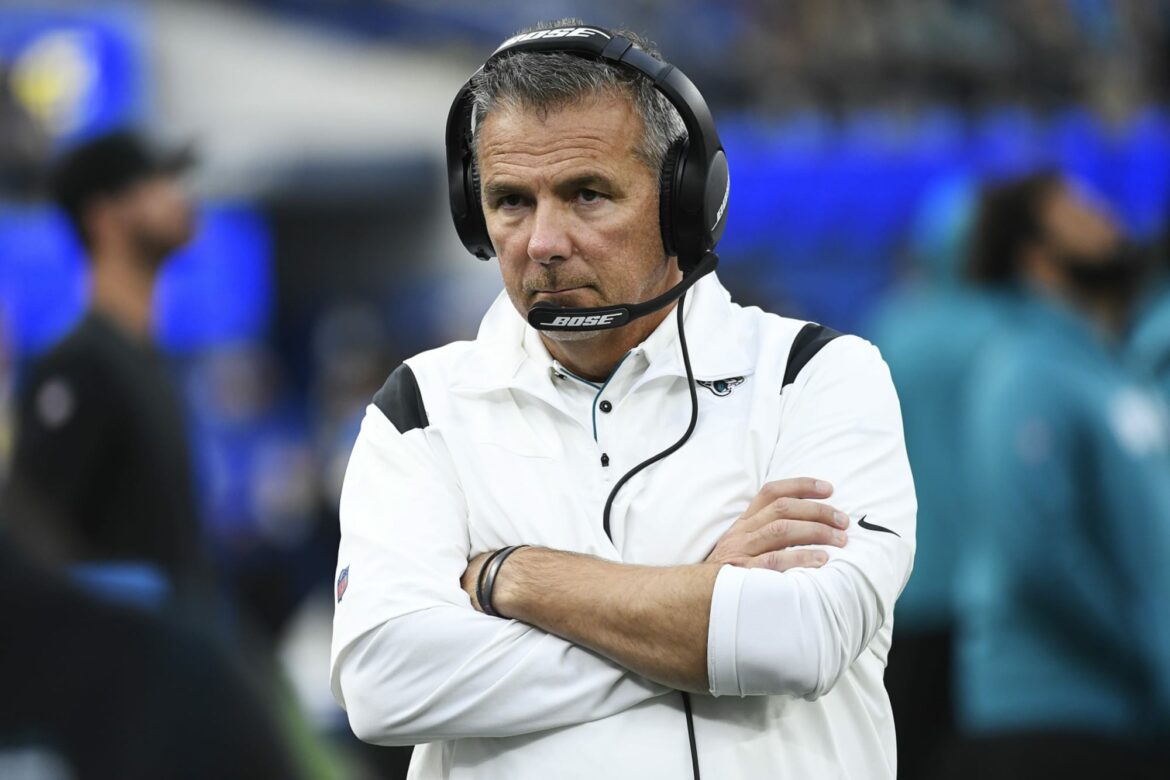 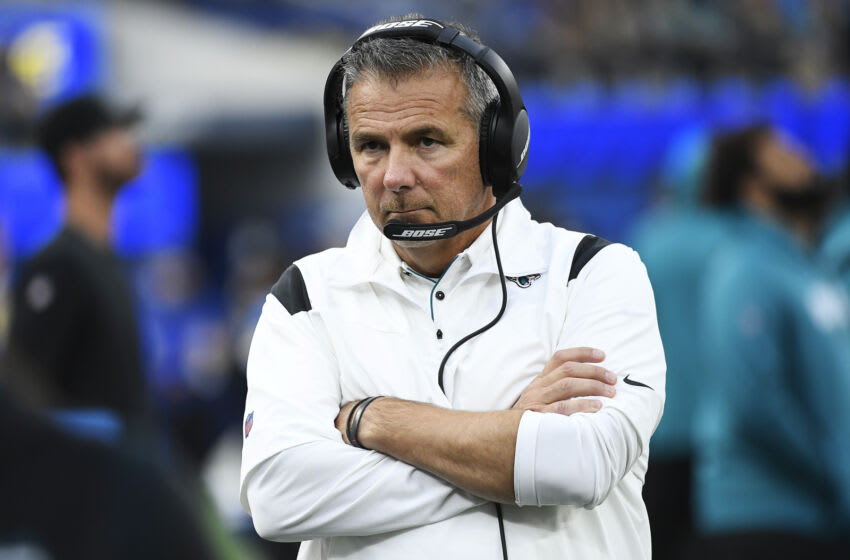 INGLEWOOD, CALIFORNIA – DECEMBER 05: Head coach Urban Meyer of the Jacksonville Jaguars looks on during the third quarter against the Los Angeles Rams at SoFi Stadium on December 05, 2021 in Inglewood, California. (Photo by Kevork Djansezian/Getty Images)

Look: Cowboys flew in their own sideline benches to FedEx Field (Photo) by Braulio Perez

Urban Meyer weighed in on an NFL.com report that he called his coaches losers to FOX’s Jay Glazer.

The situation surrounding Urban Meyer in Jacksonville has become an absolute dumpster fire. A damaging report emerged yesterday from NFL Network’s Tom Pelissero that alleged, among many other things, that Meyer ripped his coaching staff for being “losers” and demanded that they defend their resumes to prove him wrong.

While most coaches would seek to downplay that level of dysfunction within their organizations, Meyer is his own unique breed. FOX Sports’ Jay Glazer got the chance to speak with Meyer, who denied Pelissero’s claims that he got into an altercation with veteran wide receiver Marvin Jones and didn’t directly refute that he called his coaches losers, only claiming that he is hard on his staff.

The Lions were hit hard this week with positive COVID-19 tests, how many players will be out today? Also, what is the latest with Urban Meyer and the Jaguars? @JayGlazer breaks it all down: pic.twitter.com/yDawZcd3mi

Glazer also reported that Meyer still believes he has the full support of Jaguars’ owner Shad Khan, an interesting choice of words since Khan was heavily critical of Meyer after the coach embarrassed the organization by being caught fraternizing with co-eds at a bar in Ohio following the Jaguars’ loss to Cincinnati earlier this season.

The Urban Meyer situation continues to look awful for Jacksonville

The amount of drama that has centered around Meyer this season makes it feel like he is taking a page from George Costanza’s book by doing insane things to get himself fired. The fact that Meyer is able to act like this and still believes that he has the backing of Khan speaks more poorly of the Jaguars’ owner than Meyer himself.

Jacksonville has lost at least 10 games in 10 of the past 11 years and it won’t be easy to break that cycle of losing with Meyer doing everything he can to alienate the people he works with. Word travels fast in the NFL, as Pelissero noted in his report that Jaguars players told their colleagues on the Rams that they felt Meyer didn’t treat them like adults, and few people of any ability will want to go to Jacksonville with him around.

Perhaps Khan still thinks that the appeal of Meyer, who had a ton of success at Florida, will sell tickets for a franchise struggling to draw fans. It has become clear this season, however, that Meyer is in over his head at the NFL level and can drag Trevor Lawrence’s career into the gutter the longer that Meyer is left in charge of the Jaguars.