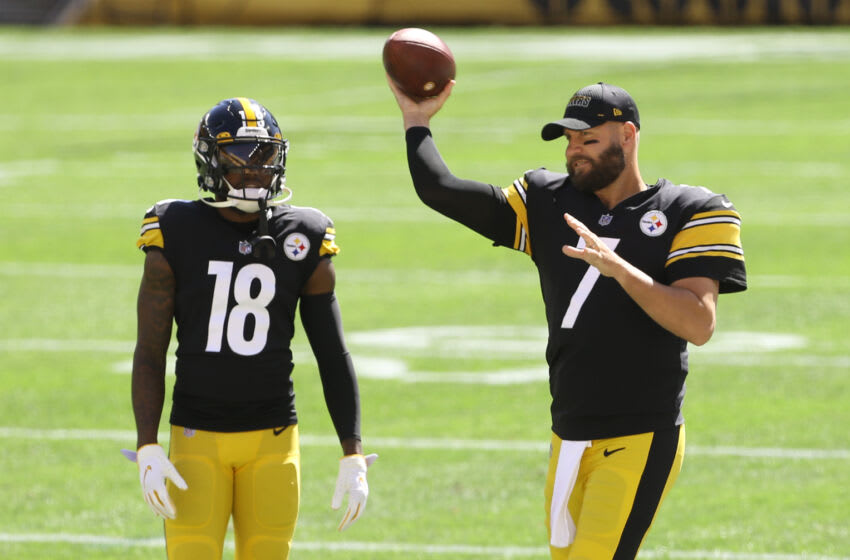 Were Packers gifted a touchdown on PI call? by Ethan Lee

The Pittsburgh Steelers are not quite dead yet in the AFC playoff picture. After losing a close game to the Minnesota Vikings the week prior, the Steelers showed up and pulled off an upset against a team atop the AFC standings in the Tennessee Titans.

Most of Pittsburgh’s points on the day came from kicker Chris Boswell, but Roethlisberger did score a touchdown. It did not come on a pass, but rather on a one-yard run in the third quarter. That just so happened to be Rothelisberger’s first rushing touchdown since the 2018 season.

The 2004 first-round draft pick of the Steelers also made some history, as he passed fellow classmate Philip Rivers to take fifth-place in the all-time passing yards list.

On the day Roethlisberger completed 16-of-25 pass attempts for 148 yards. Johnson was the quarterback’s main beneficiary on the day at Heinz Field, as he caught all five targets for 38 yards.

Pittsburgh’s offensive numbers were minimal, but they were powered by their defense. The Steelers intercepted quarterback Ryan Tannehill once and recovered three-of-five forced fumbles. Cornerback Joe Haden, in his first game back since Week 10, tackled wide receiver Nick Westbrook-Ikhine short of the first-down marker on fourth down to clinch the victory for the Steelers.

The Steelers now set their focus on a tough opponent next week in the Kansas City Chiefs.