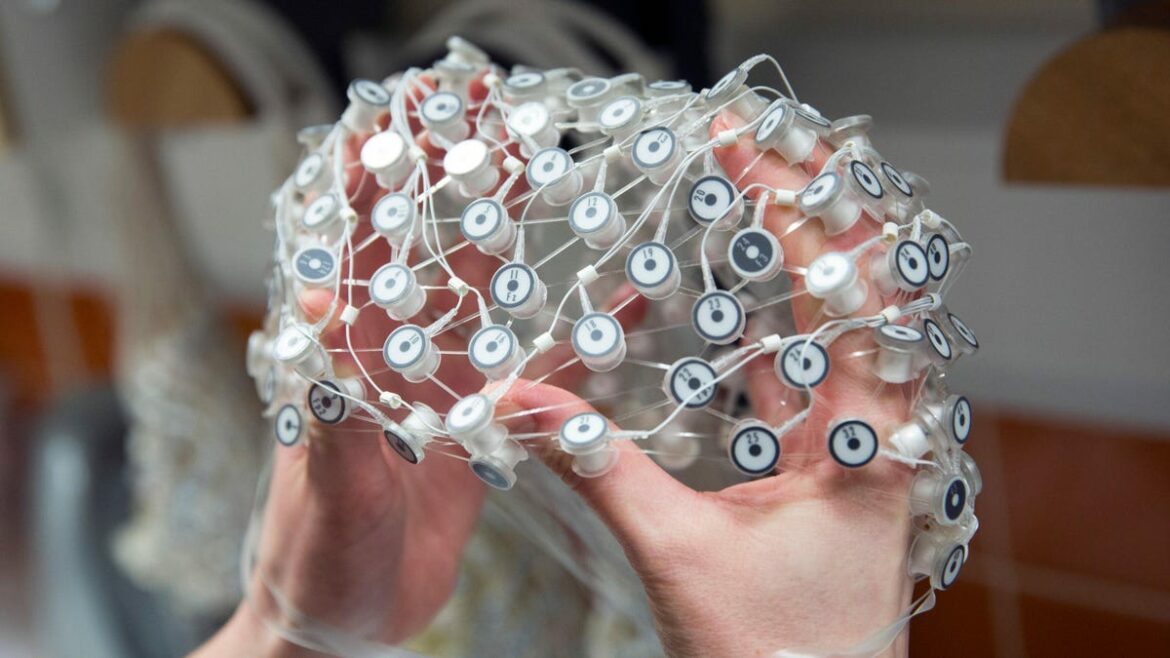 Seemingly for the first time ever, doctors have gotten a detailed look at the brain of a person during their final moments of life. The findings were obtained from a hospital patient who suddenly died while having his brain monitored for seizures, and they may offer some support for the idea that people see their lives flashing before their eyes when near death.

The research was published Tuesday in the journal Frontiers in Aging Neuroscience. According to the report, the patient was an 87-year-old man who had been admitted to the hospital after a serious fall that left him with bleeding in his brain. Following an operation to treat the injury, the man briefly stabilized for two days before appearing to develop seizures. He was then given an electroencephalography (EEG), which measures the brain’s electrical activity. The EEG did confirm his ongoing seizures, but midway through, the man’s heart stopped beating and he went into cardiac arrest. In accordance with his family’s wishes and the patient’s Do-Not-Resuscitate status, the doctors did not attempt any further treatment and the man soon passed away. Because the EEG machine kept running through the man’s last minutes of life, though, the doctors had a unique set of data on their hands.

There have been numerous attempts to study what happens to our bodies and minds as we’re dying. But much of this research, for understandable reasons, has involved extrapolating what we see in controlled animal studies over to humans. Some studies have been able to track the vital signs or simple brain activity of people as they’re taken off life support or dying, which have provided some interesting insights. But this appears to be the first time that a person’s dying brain has been studied in this much detail using EEG.

The most tantalizing result, the authors say, is evidence that there may be something real to the stereotypical portrayal of a near-death experience. Right before and after the man’s heart stopped beating, for instance, there was an increase in gamma brain waves, which are associated with learning and memory. And the patterns of brain activity, including gamma, that the team documented in the man as he died resembled the patterns seen in people who are dreaming or recalling memories. “Such activity,” they wrote, “could support a last ‘recall of life’ that may take place in the near-death state.”

Of course, these findings are based on a single person’s brain readings. The man also suffered a traumatic brain injury and swelling, developed seizures, and was on anticonvulsants prior to his death, all of which could have made his brain activity different from the average person experiencing death. But the authors also note that much of what they found lines up with what’s been seen in lab studies of dying rats, lending some support that their research could be generalizable.

The authors do plan to look for similar cases, and they hope that further work can better shine a light on how we die, and whether we’re likely to see our lives play back for us before the end.

“Something we may learn from this research is that, although our loved ones have their eyes closed and are ready to leave us to rest, their brains may be replaying some of the nicest moments they experienced in their lives,” study author Ajmal Zemmar, a neurosurgeon at the University of Louisville, told Frontier Science News.