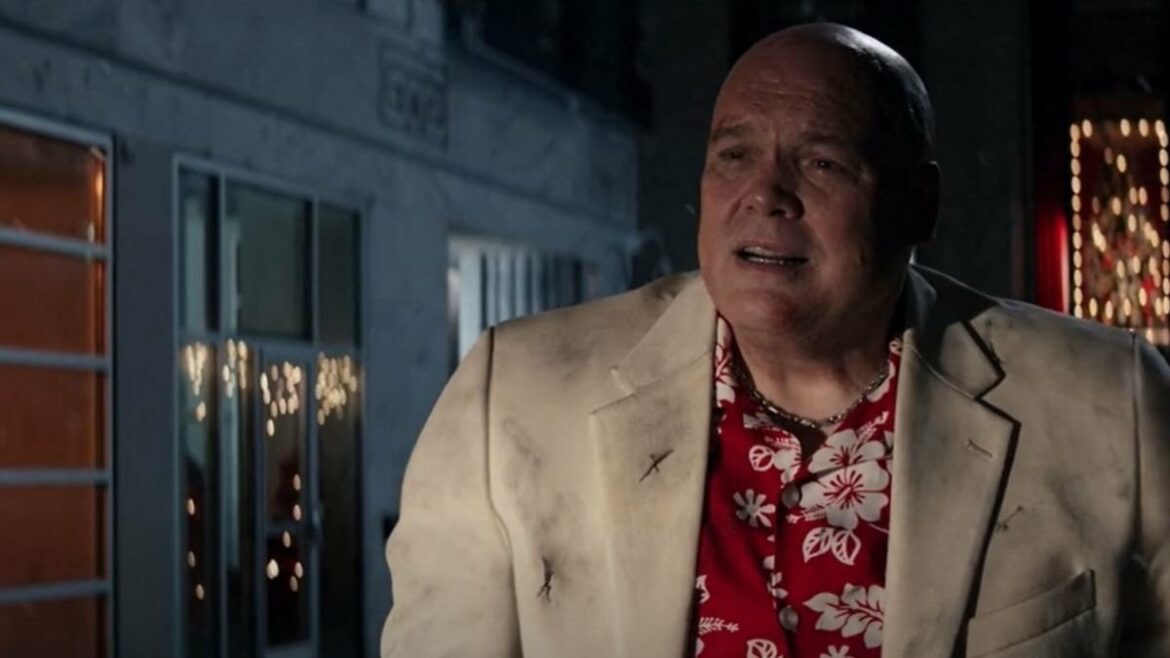 Marvel fans wonder if The Kingpin dies in the final episode of Disney Plus’ Hawkeye. Well, here’s everything you need to know about it.

Season 1 of Hawkeye concluded after giving us six amazing episodes. The second half of the show featured a lot of surprises, the major one being Kingpin’s introduction in the MCU.

After Vincent D’Onofrio’s appearance at the end of Episode 5, Marvel fans wanted to see more of him in the final episode. Well, it’s safe to say that the finale didn’t disappoint.

The final episode of Hawkeye featured the much-awaited confrontation between Echo and Kingpin. After learning that it was Wilson Fisk who wanted her father dead, Echo turns against the big guy. Of course, Kingpin is smart enough to save himself, so he orders Kazi to fix everything. As expected, Kazi loses his life fighting against Echo, and meanwhile, Kate Bishop single-handedly defeats Kingpin. However, the Big Guy manages to escape the police and enters an alley where he meets Echo.

Echo points a gun at Kingpin’s head to avenge her father, and Fisk tries to stop her by stating that they are a family. At this point, the scene cuts away, but we hear a gunshot, implying that Echo shoots Kingpin.

Is Kingpin Dead in Hawkeye?

Of course, after hearing the gunshot, fans think that Echo kills Wilson Fisk. However, since we didn’t see Kingpin lying dead on the ground, it’s safe to say that the Big Guy is alive.

In the episode, we saw Kate shooting an arrow on Fisk’s chest, which doesn’t even put a scratch on him. So, it’s possible that Kingpin was wearing a bulletproof vest, and he survives the gunshot if, of course, Echo shoots him to the chest.

Even in the comics, there’s a similar scene where Echo shoots Fisk after learning the truth about her father’s death. But the Kingpin survives the gunshot and only becomes blind because of the brain damage. So, MCU might follow a similar story for Vincent D’Onofrio’s Kingpin in the MCU.

The final explanation would be that someone interrupts Kingpin and Echo’s confrontation at the last moment (Probably Daredevil?).

Anyway, doesn’t matter which path MCU follows for Kingpin, but they definitely won’t kill Fisk after creating so much hype around the character.