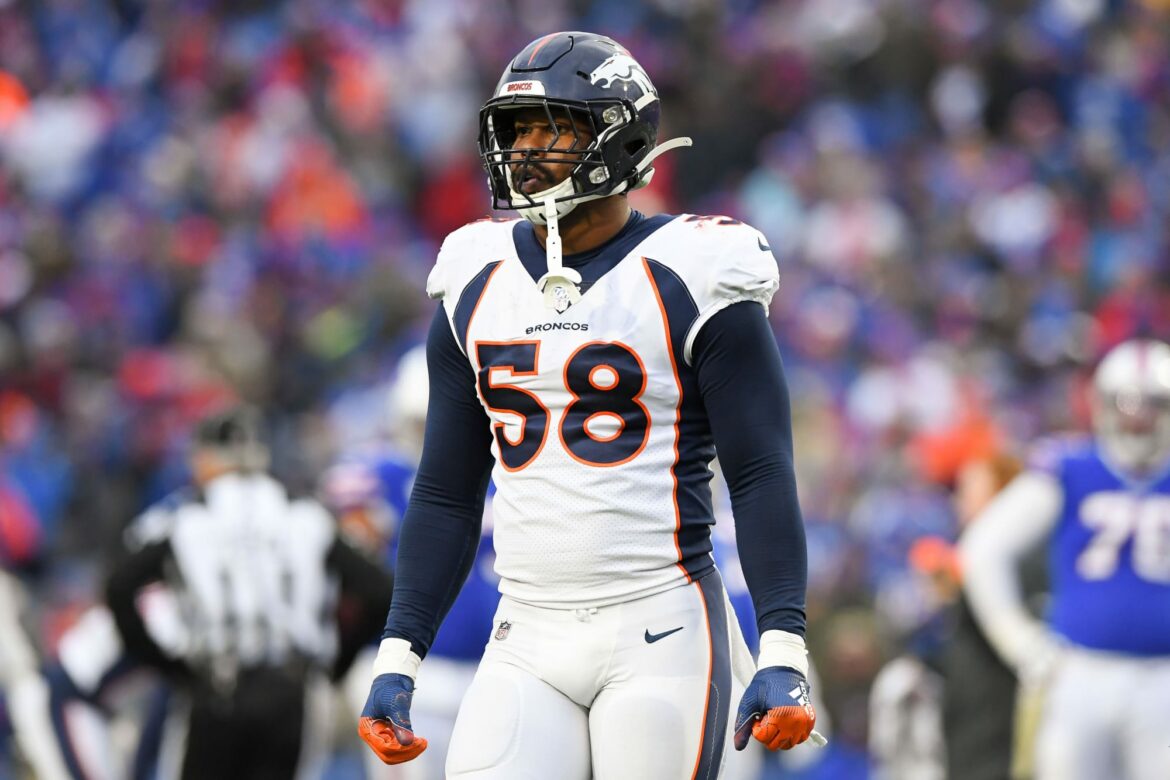 The Rams made a splash move Monday morning, trading for eight-time Pro Bowler Von Miller ahead of Tuesday’s trade deadline. What does this trade mean for the Rams and the NFL?

The Rams made a big move, acquiring the Broncos’ all-time sack leader Von Miller for a pair of second-day draft picks. Miller will join an already elite Rams’ defensive front that includes one of the best players in the NFL in Aaron Donald. The Rams appear all-in on 2021.

The Rams already field a formidable defensive unit. They rank as the 11th best rushing defense in the NFL, allowing only 103.4 yards per game. They’re also averaging 3.1 sacks per game, which is second in the NFL only to the Minnesota Vikings.

Pass rush wasn’t a need for the Rams, but if an opportunity to acquire an eight-time Pro Bowler with Super Bowl experience, it’s hard to pass that up. Miller will bring instantaneous leadership, energy, and even more pass rush to this Rams team who are already contenders in the NFC.

The Rams’ only loss was to the previously undefeated Arizona Cardinals. With their loss to the Green Bay Packers, there’s now a three-way tie for first place in the NFC, and the door is starting to open even more for the Rams to move into the top spot.

As we’ve seen in past Super Bowls (most recently, Super Bowl LV), pass rush can be crucial in tipping the scale. If you can rush the quarterback, it eases pressure on the secondary. Well, this secondary already includes star Jalen Ramsey and two solid safeties in Taylor Rapp and Jordan Fuller.

The Rams are now an even more elite team with the addition of Miller, and improving on an already stout pass rush unit puts them in the driver’s seat for Super Bowl 56 contention.