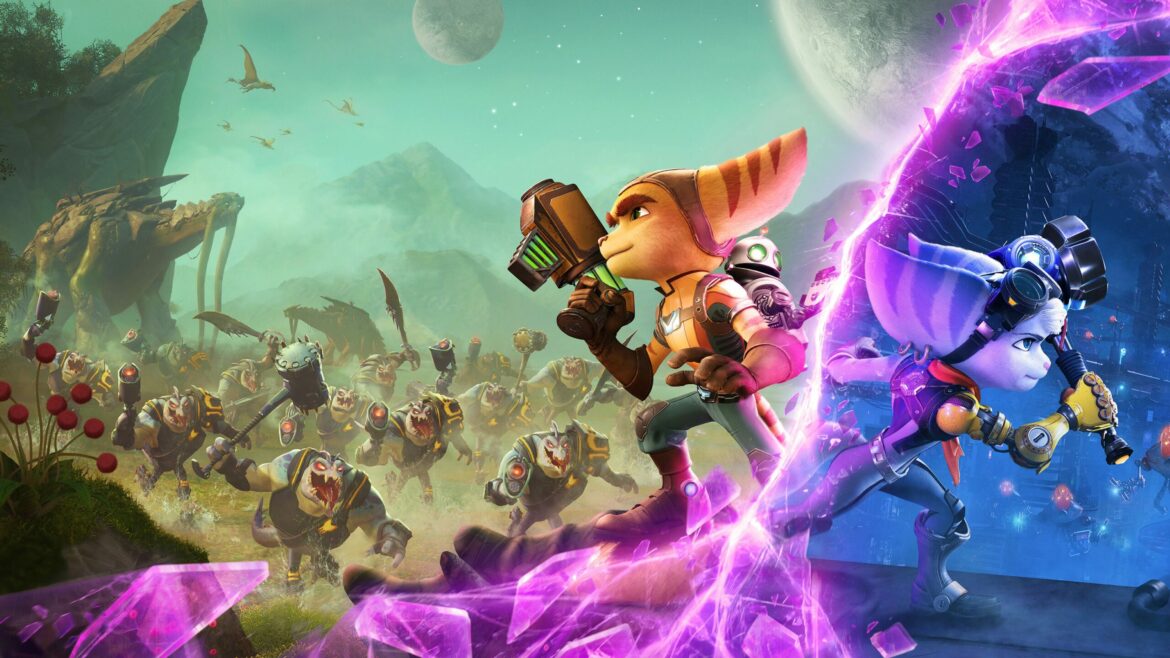 With only a few days left of 2021, it’s time to reflect on some of my personal favorite games of the year. Although it’s been a tough time for many due to the ongoing pandemic, you can always count on video games to give you that little escape from reality.

Whether it’s teaming up with Rivet to take on Doctor Nefarious in Ratchet & Clank: Rift Apart, or raging at the incredibly difficult but addicting Returnal, 2021 really has had something for everyone.

So, here are my top ten favorite games of 2021, some of which weren’t actually released this year, but still snuck into my favorite titles of the year for one reason or another!

READ MORE: Sifu Preview – Death Is Part Of The Journey

Deathloop didn’t quite hit home for me the same way it did with many others, but it still deserves its place as one of my favorite games of 2021.

Arkane Studios created a very unique and combat rich game that was enjoyable and immersive, but the thing that failed to keep me coming back for more was the rogue-lite aspect. As you’ll discover later in this article, I never completed Returnal either.

But I still had a great time with Deathloop and it deserves all the praise it received, its tactful gameplay elements and unique ideas make it a must for anyone looking for a great next-gen experience.

Similar to the Far Cry series, I hadn’t found myself really interested in an Assassin’s Creed title since Brotherhood. I know everybody loved Black Flag, but none of the games have actually felt like true Assassin’s Creed games since the days of Altaïr and Ezio.

I stand by that statement with Assassin’s Creed Valhalla, it still doesn’t have the classic Assassin’s Creed vibe to it, but that doesn’t mean it’s not a great RPG title in itself. Valhalla is absolutely gigantic, I’m not convinced I’ll ever actually complete it, especially with a new 40 hour DLC on the way next year. But every time I decide to chip away at it, you’re always guaranteed a great adventure with a fun story to back it up.

When it comes to the Far Cry franchise, Ubisoft seems to have implemented an “if it ain’t broke, don’t fix it” strategy, which clearly began with the success of Far Cry 3.

Many fans of the franchise will often refer to Far Cry 3 as the best in the series (Of course, this is purely opinion-based), so it always confused me as to why Far Cry 4 and 5 fell so flat with me. But nevertheless, Far Cry 6 has somehow revitalized my interest in Far Cry without even changing anything.

The gigantic map, gorgeous graphics, and fun gameplay of Far Cry 6 kept me coming back for more, something the series hasn’t done in a long time.

I love the idea of it being one big board game you can play with friends on your Switch, with a huge amount of mini-games in between. Plus if you don’t fancy playing the board game aspect of it, you can just jump straight into the mini-games.

Returnal gave me some of the most frustrating moments I’ve ever experienced in gaming, but boy what a game it is. I’ll come right out and say it, I never completed Returnal, mainly because I’m not very good at roguelike titles. But I constantly think about this game, it’s visually stunning, made great use of the DualSense controller capabilities, has a fascinating story and just keeps you coming back for more.

One day I will finally conquer my fears and complete Returnal, but for now, I think I’ll just admire it from afar as one of the best PlayStation exclusives of the year.

In recent years, Grand Theft Auto V has been looked at rather negatively. Originally released in 2013 for the PlayStation 3 and Xbox 360, the hugely popular title has now been re-released for PlayStation 4 and Xbox One, PC, and will soon be available on PlayStation 5 and Xbox Series X|S. So, it’s kind of being milked by Rockstar.

Fans have started to think the constant re-releases are a bit of a joke, with everyone begging Rockstar to just announce GTA 6 already. But after the catastrophe that was Grand Theft Auto: The Trilogy – The Definitive Edition, I thought I’d dive back into the single-player and experience to remind myself what a good GTA game actually feels like.

Rockstar might be in the bad books at the minute with the failure of the GTA Trilogy, constantly pushing GTA Online and Shark Cards down our throats, and lack of GTA 6 news, but boy they sure know how to make a great game.

Grand Theft Auto V is one of the greatest single-player experiences in gaming and the only negative thing I can say about it is that I wish they gave us more.

The Call of Duty series has become very similar to marmite, you either love it…or absolutely hate it. For me, I’ve loved Call of Duty since the original Modern Warfare. But I’ll happily admit the golden age of the franchise has long gone, with Black Ops 2 being the last truly amazing Call of Duty game.

I thoroughly enjoyed the Modern Warfare reboot back in 2019 and along with the release of Warzone, my love for the series was revitalized. Until Treyarch released Black Ops Cold War, who thought that was a good idea?

But nevertheless, with Vanguard being incredibly similar to 2019’s Modern Warfare in terms of gameplay, I knew Activision had me wrapped around their pinky again. Although still a little buggy, I find myself playing Vanguard’s Multiplayer for hours on end, it’s addicting, fast-paced, and skill-based matchmaking doesn’t feel as aggressive as previous titles. It’s just a shame the launch of Warzone Pacific was such a damn mess.

Resident Evil Village turned into a game that I just couldn’t stop thinking about. All of my free evenings became devoted to the latest instalment in the classic franchise.

I was convinced that I wouldn’t enjoy Resident Evil Village as much as Biohazard, but it delivered everything I loved about the previous entry and more. I do wish it leaned slightly more into the “horror” tone that worked so perfectly in Biohazard, but the non-stop action and amazing boss fights had me completely hooked.

I know Mafia: Definitive Edition was released towards the backend of 2020, but I never got round to picking it up until the start of 2021. I never played the original Mafia and in some ways, I’m glad about that.

Of course, as this was a remake of an almost 20-year-old game, it didn’t blow me away in terms of features or mindblowing gameplay. The thing that really got me hooked into Mafia: Definitive Edition was the story, mainly because I’m a sucker for the 1930s and 40s gangster genre.

Similar to Resident Evil Village, Mafia: Definitive Edition turned into one of those games that you just can’t stop thinking about, all I wanted to do was find out exactly how Tommy Angelo’s story was going to end and experience the incredibly fun chaos along the way.

Without a doubt in my mind, Ratchet & Clank: Rift Apart is my personal game of the year for 2021. In my official review I scored it a 9/10 and said that it was “the most visually gratifying game I’ve played on a PlayStation 5”, and I still stand by every word.

I definitely didn’t put the most amount of hours into Rift Apart compared to other games on this list, but it stood out the most to me. Insomniac Games perfectly combined a mix of old and new, managing to simultaneously take you back to your childhood whilst giving you a fresh experience with unbelievable next-gen features. I urge everyone who owns a PS5 to pick up a copy of Rift Apart because it’ll be some of the best fun you have with a next-gen console.

Check out the rest of DualShocker’s staff Top 10 lists below and our Offical Game of the Year Awards winners: