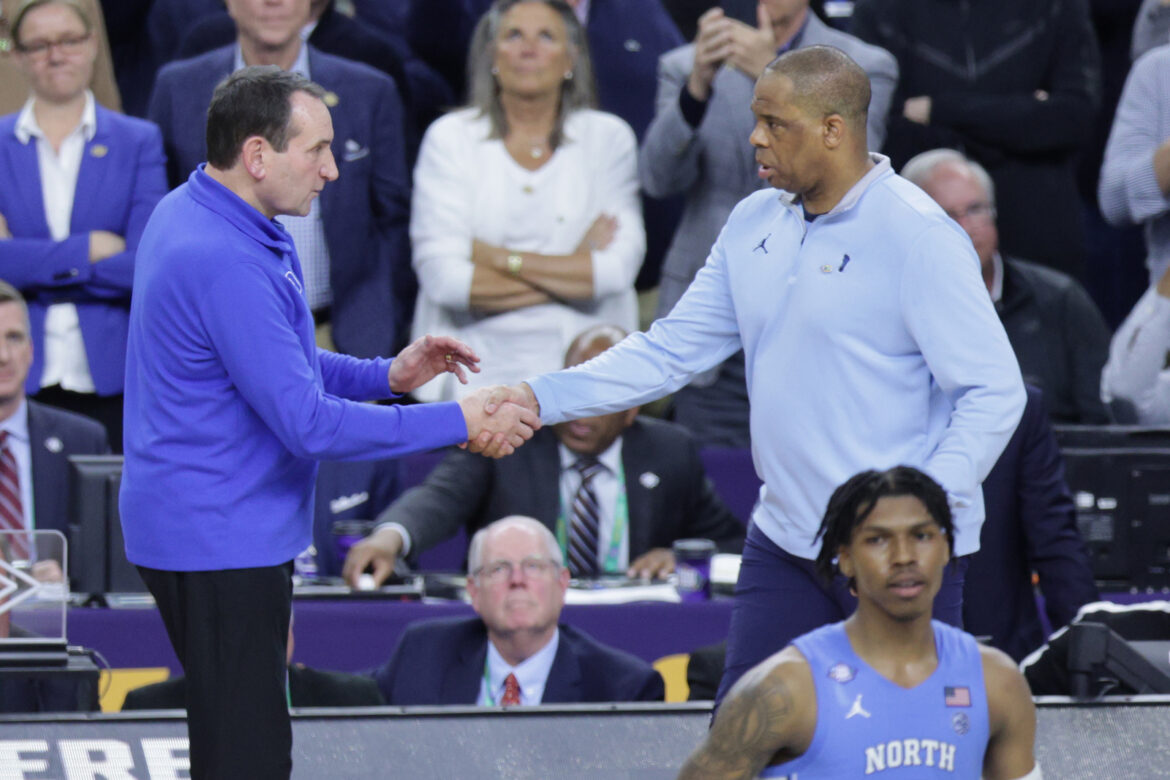 Duke and UNC played one of the most heavily hyped and hotly contested games in NCAA Tournament history on Saturday night.

The 81-77 North Carolina victory was the spectacle everyone hoped it could be, with an endless stream of lead changes and late dramatics.

Unfortunately, the reaction of the losing team didn’t quite live up to the spectacle in the end.

Most of the Blue Devils didn’t follow standard sportsmanship by shaking hands with the opposing team after the game.

It’s understandable for players to be devastated after such a heartbreaking loss to a bitter rival. That’s not the issue.

It was Coach K’s final game ever. He manned up and stood in the handshake line despite his own disappointment. A few Duke players were right there with him, but the majority of the team wasn’t. That’s a shame.