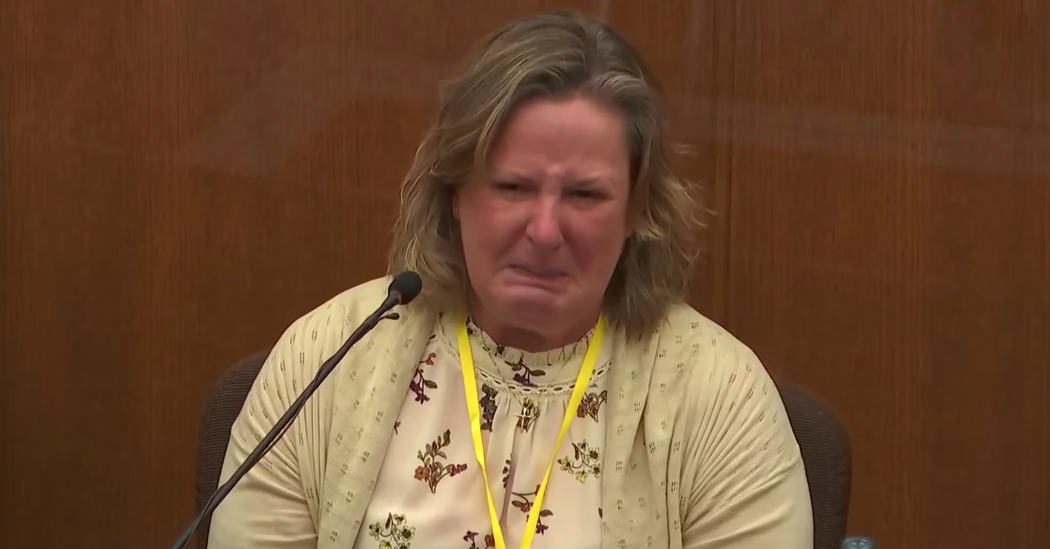 On the stand, Ms. Potter, 49, said she probably would not have pulled Mr. Wright’s car over had she been riding alone. But she was training a rookie officer, Anthony Luckey, who stopped Mr. Wright’s car after he noticed an air freshener hanging from the rearview mirror and saw that the car’s registration was expired. The air freshener, Ms. Potter testified, was a minor violation, and officers had largely stopped ticketing people for expired registrations because the coronavirus pandemic had made it hard for people to get new ones.

Asked about the day of the shooting, she said that “so much of it is missing” from her memory.

“I remember yelling ‘Taser! Taser! Taser!’ and nothing happened, and then he told me I shot him,” Ms. Potter said.

Ms. Potter said she recalled being put in an ambulance and taken to the police station. There, she was met by her husband, Jeff Potter, a retired police officer who sat in the courtroom during her testimony, which lasted for about an hour and 55 minutes. Also in the courtroom were Mr. Wright’s parents; his mother, Katie Bryant, sobbed as Ms. Potter apologized from the stand.

When Ms. Potter was cross-examined by a prosecutor in the Minnesota Attorney General’s Office, she and the jurors were shown side-by-side photographs of Ms. Potter’s gun and her Taser. The Taser is larger and mostly bright yellow, with a black handle. The gun, a Glock, is entirely black.