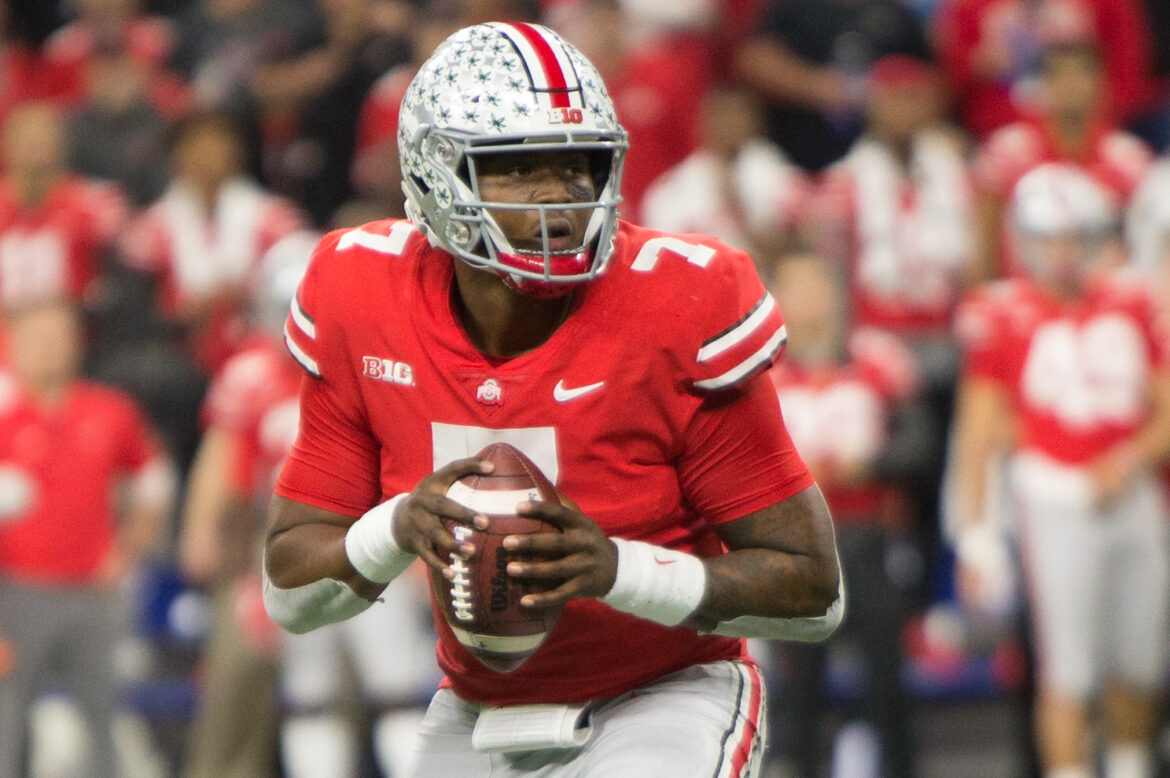 This past Saturday, the football world learned of the tragic passing of former Ohio State quarterback Dwayne Haskins. The 24-year-old was killed after getting hit by a dump truck in South Florida.

At Columbus, Ohio, where Haskins put up record numbers during his time as starting quarterback, Buckeyes fans honored him with an incredible shrine outside of the football team’s stadium.

There have been tributes pouring in throughout the week from Ohio Stadium. On Saturday, a student played “Carmen Ohio” on violin at Haskins’ memorial at the stadium.

While meeting with the media this week, Buckeyes head coach Ryan Day revealed that the team plans to honor Haskins during the spring game this Saturday.

Haskins played for Ohio State in 2017 before putting up record numbers as the team’s starter in 2018. He threw for 4,831 yards and 50 touchdowns, both of which were single-season bests by a Buckeyes quarterback. Not only that, but he threw six touchdowns in a game twice that year.

After a stellar campaign that saw him win the Big 10 championship and the Rose Bowl, Haskins declared for the 2019 NFL Draft, where he was selected by the Washington Commanders with the 15th-overall pick. Haskins then signed with the Pittsburgh Steelers in 2021.