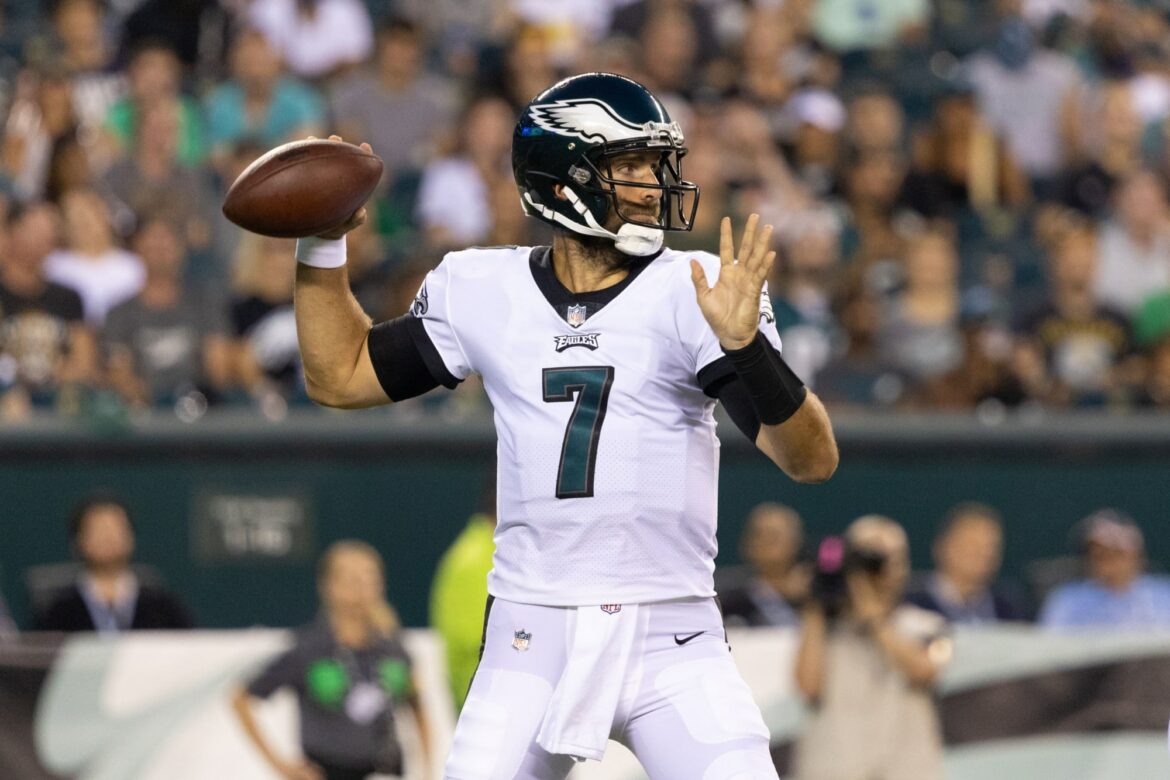 With Zach Wilson set to miss time with a knee injury, the Jets gave up a draft pick for Joe Flacco, which is highway robbery by the Eagles in the trade.

Go ahead and put the Joe Flacco trade down as a move we didn’t see coming at the 2021 NFL Trade Deadline.

On Monday, the Philadelphia Eagles traded veteran quarterback Joe Flacco to the New York Jets in exchange for a conditional sixth-round pick.

This trade, first reported by Mike Garafolo with details from ESPN’s Adam Schefter coming soon after, comes in the wake of Zach Wilson leaving Week 7 with a knee injury that will sideline him for several weeks:

Jets trading a conditional 6th-round pick to Philadelphia that can possibly be a 5th based on play time for QB Joe Flacco, per sources.

Still, it’s absolutely wild that the Jets actually sent the Eagles a draft pick to make this trade.

Joe Flacco trade: Eagles are big winners getting a pick from the Jets

Flacco was basically a distressed asset that, barring a series of highly unfortunate events, would not see the field for the Eagles this season. So the fact that Howie Roseman somehow talked the Jets into making this trade is absolutely wild.

Yes, it’s either a sixth-round or fifth-round pick but the fact that they got anything north of a bag of beans in exchange for the veteran quarterback is a huge win for Philadelphia.

As for the Jets, well, this move seems wildly irresponsible. Yes, Mike White isn’t a good backup quarterback. But at the end of the day, Wilson isn’t missing the rest of the season and New York isn’t going anywhere either. The only thing that happens with the Joe Flacco trade is that they now have one less draft pick to keep building the roster with moving forward.

Who is the Eagles backup quarterback after the Joe Flacco trade?

After trading for Gardner Minshew in the offseason, the Eagles don’t have to worry about the quarterback depth behind Jalen Hurts.

Minshew has plenty of starting experience and, should Hurts go down with an injury or get benched, the former Jaguar would be a solid option for Philadelphia to turn to in a pinch. And the fact that they have a readymade (and probably better) backup than the one they just traded makes it wilder that they were able to bring back a draft pick from New York.