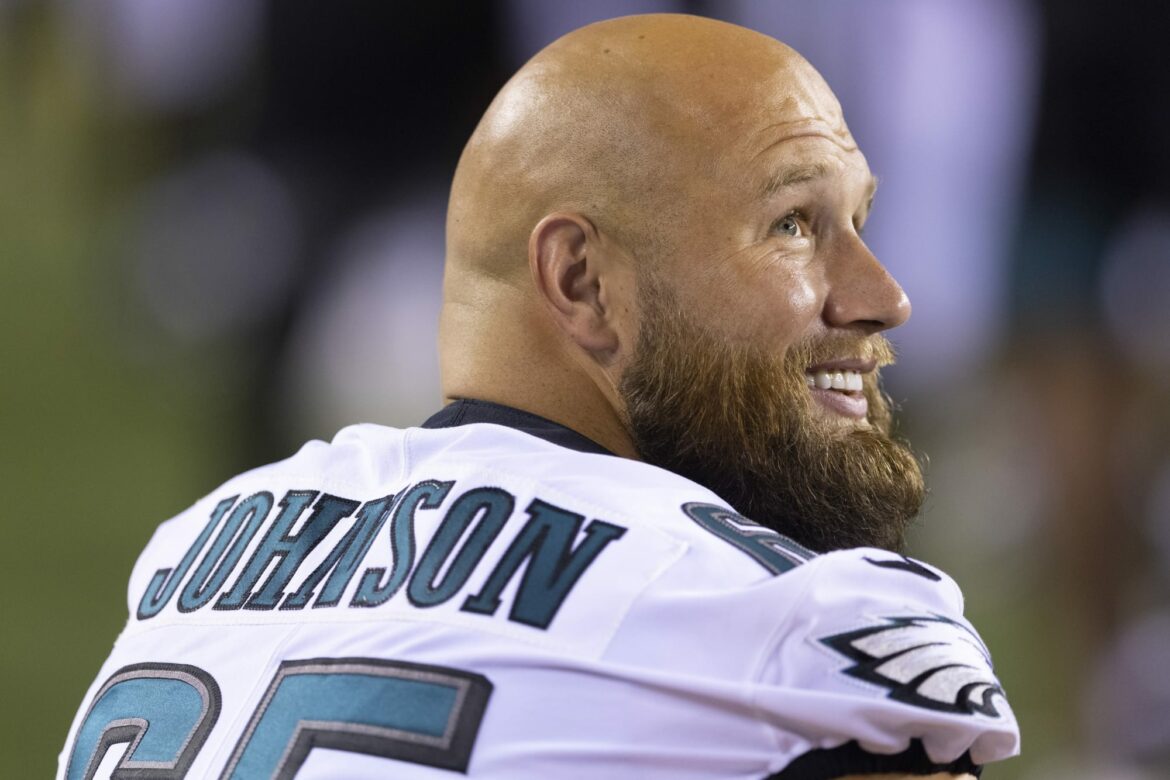 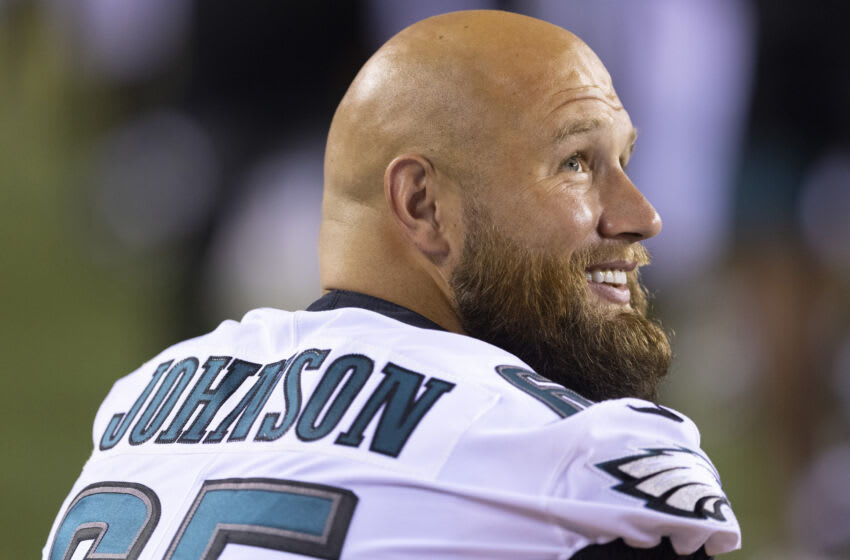 PHILADELPHIA, PA – AUGUST 19: Lane Johnson #65 of the Philadelphia Eagles looks on against the New England Patriots in the second half of the preseason game at Lincoln Financial Field on August 19, 2021 in Philadelphia, Pennsylvania. The Patriots defeated the Eagles 35-0. (Photo by Mitchell Leff/Getty Images)

Fantasy Football 2021, Week 5 rankings: Who to start and sit by Scott Edwards

Unfortunately for the Philadelphia Eagles and starting quarterback Jalen Hurts, the team could be without offensive tackle Lane Johnson again this weekend.

What in the world is going on with Lane Johnson? That’s a $1 million question that Philadelphia Eagles fans have right now. After missing the contest against the Kansas City Chiefs last weekend due to a personal matter, the starting right tackle may or may not return for Week 5.

Head coach Nick Sirianni said he’s going to continue to respect Johnson’s privacy during this time, but the fact of the matter is that it’s completely up in the air if Johnson will be ready to rock to take on Carolina on Sunday.

Nick Sirianni still has no update on Lane Johnson. Won’t say if he expects him to play this Sunday in Carolina.

While Johnson had been away from the team to start the week, he returned to the team facility on Wednesday. That’s of course a great sign. With that said, the fact that Sirianni wouldn’t comment on his availability for the team’s next game sure is concerning.

Johnson is an absolute monster in the trenches and he’s as steady as can be manning the right tackle spot. Having him on the field is of course great for the offense, especially second-year signal caller Jalen Hurts.

Hurts, who is coming off a fantastic game in the loss to Kansas City in Week 4, would obviously love to have the veteran hoss blocking would-be tacklers from trying to rip his head off, while also opening up massive holes for the running game to take advantage of.

At this point, it’s really up in the air if Johnson will be ready to rock for the weekend’s tilt. Stay tuned in the coming days to find out whether he’ll suit up or not.