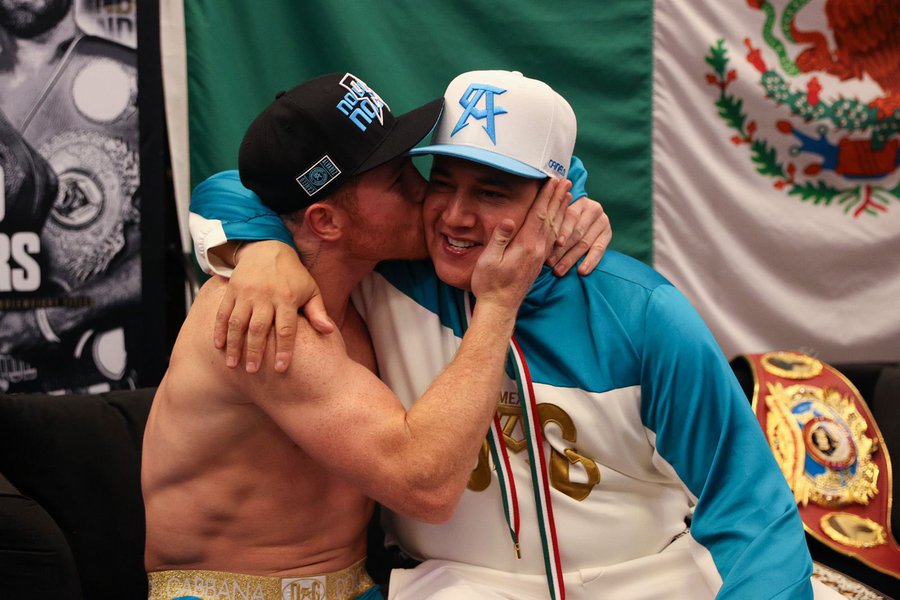 “Good afternoon, I am grateful to communicate that there is offers for Canelo’s next fight from PBC and matchroom. The negotiation process is still a work in progress. A final decision has not been reached. As of now, all information published yesterday has no truth or foundation behind it. Once we have a signed agreement our team will be the first to notify the public.”

And with that single social media post, Canelo Alvarez’ trainer, Eddy Reynoso, weighed in on the reports floating around the industry that Canelo was on the verge of signing an enormous two fight deal with DAZN which might bring in as much as one hundred million dollars. The reported contract would require Canelo to fight undefeated light heavyweight titlist Dmitry Bivol and – should he get by Bivol – arch nemesis Gennady Golovkin for the third time. 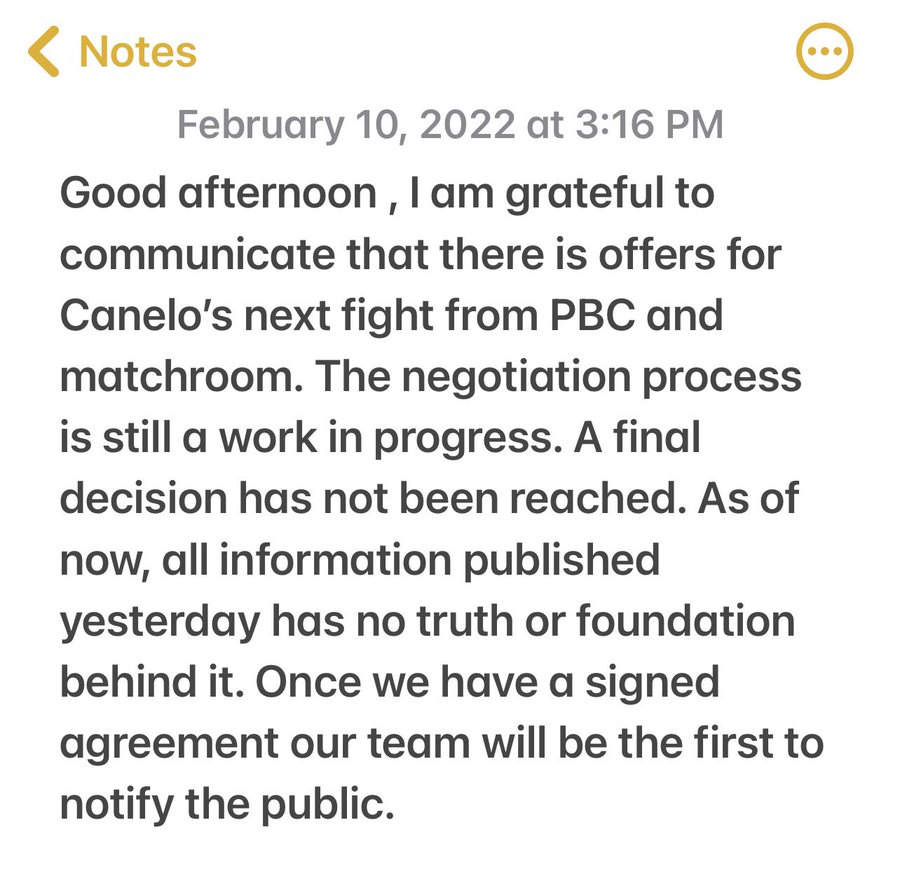 It’s still unclear whether or not that reported DAZN contract will be signed or not, or if it’s even real. Still, the initial reports of the story came from reliable outlets indicating that the rumor might at least be somewhat close to the truth (“may” being the operative word here). The reality is that Canelo – the most popular fighter on earth – has his choice of opponents to choose from. If he decides against Bivol and Golovkin, he can always decide to face PBC fighters of note, such as Jermall Charlo and David Benevides.