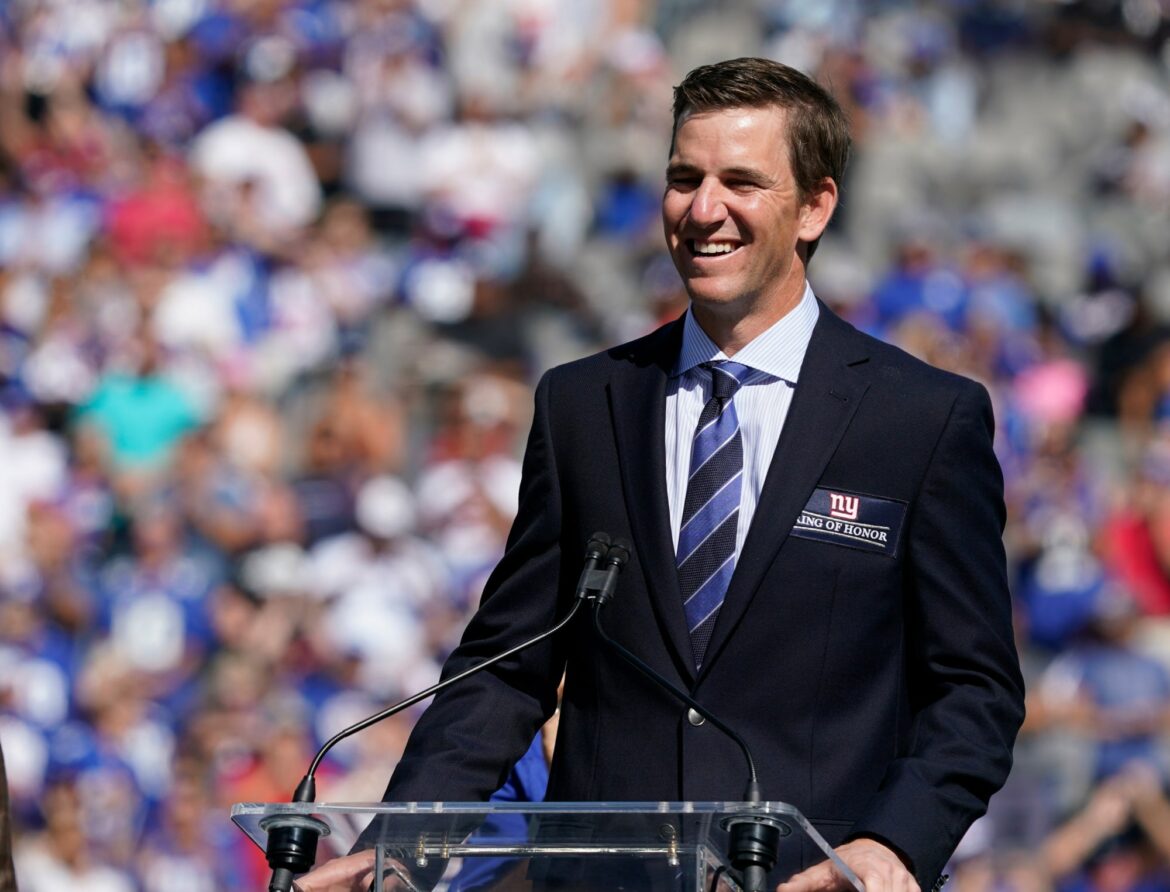 This season, NFL fans were gifted with the chance to watch Monday Night Football alongside legendary quarterbacks and comedic duo Peyton and Eli Manning. The two would discuss what they see on the field, while cracking jokes at each other’s expense. After three weeks of the Manning-cast, it was revealed that the two were going on a brief hiatus.

There were plenty of fans dealing with Manning-cast withdrawals during Monday night’s game between the Los Angeles Chargers and Las Vegas Raiders. Eli, the New York Giants great, joked in a tweet that he is talking with Peyton on the phone while watching the game. That, and he assumed that Peyton was still sweating like he has in weeks past.

Is it weird that Peyton and I are just talking on the phone watching the game tonight? I assume he is still sweating a lot.

When will the Manning-cast return?

For those fans who loved the alternate broadcast options featuring the two former NFL signal callers, they will be making their return in Week 7. The game for that week will be between the New Orleans Saints and Seattle Seahawks.

The Manning brothers brought entertainment to Monday nights by telling stories from their playing days, while interviewing athletes such as Russell Wilson, LeBron James and Rob Gronkowski. Not to mention that the two gave demonstrations, such as Peyton mimicking a Baltimore Ravens play call while wearing a helmet that did not fit and Eli demonstrating Dak Prescott’s pregame hip warmup.

Do not worry, the Mannings will be back in a couple of more weeks. All you can do is stay patient and binge the previous three episodes until their return.