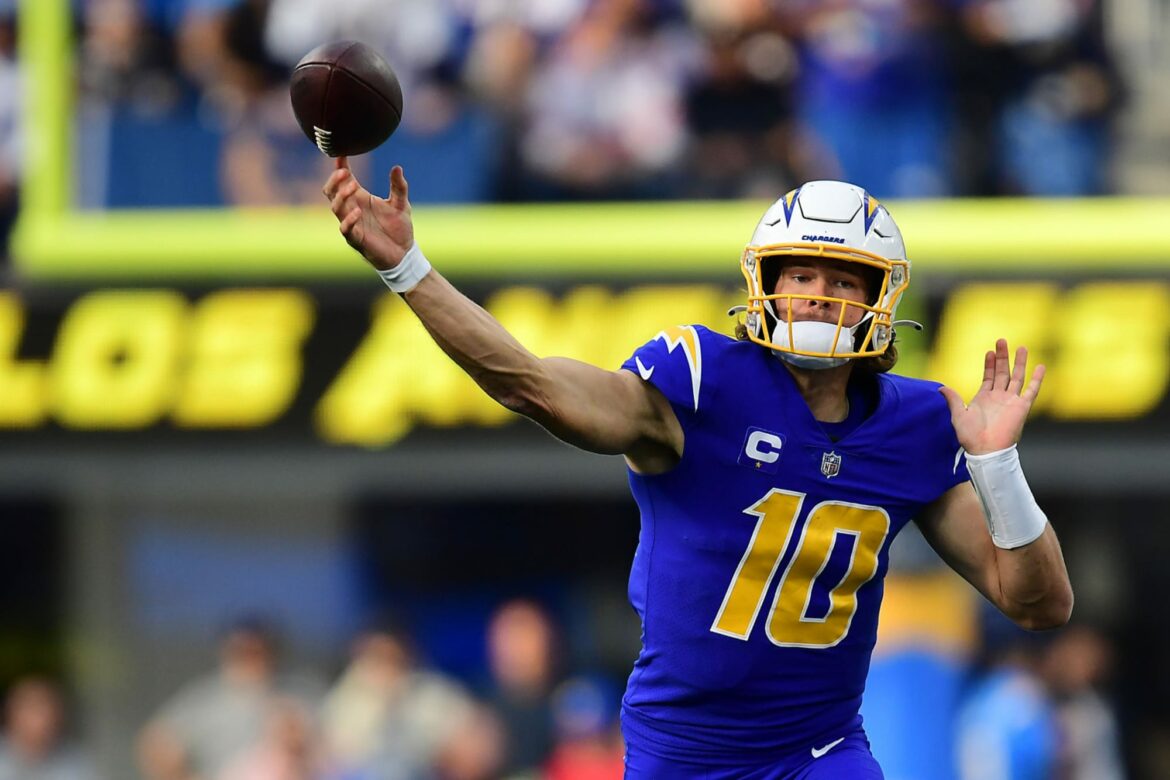 Los Angeles Chargers quarterback threw a 59-yard bomb to Jalen Guyton for a touchdown that looks even more incredible from an alternate angle.

Justin Herbert is one of the brightest young quarterbacks in the NFL and he let the Giants know it on Sunday afternoon in Los Angeles.

With the seconds ticking away in the first half, Herbert unloaded on a downfield throw to Jalen Guyton. He hit his receiver perfectly in stride past double coverage for the touchdown.

The throw looked utterly spectacular in the moment. It got even better when the Chargers dropped the footage from behind the end zone.

When they call that a 59-yard touchdown on the stat sheet, they’re talking about a literal 66-yard throw. Herbert launched that thing from his own 34-yard line. It reached his receiver’s hands right at the goal line.

You’d be hard-pressed to find a more impressive throw from an NFL quarterback this season.

Herbert’s day was near perfect. With under five minutes left in the game, he had 275 yards and three touchdowns with his team well on their way to a blowout of the Giants.

Going into Week 14, Herbert had 3,547 yards and 27 touchdowns with 11 interceptions while completing 66.6 percent of his passes. He’s at least matched his impressive rookie campaign, avoiding a sophomore slump.

Most importantly, he has the Chargers in the running for the playoffs.