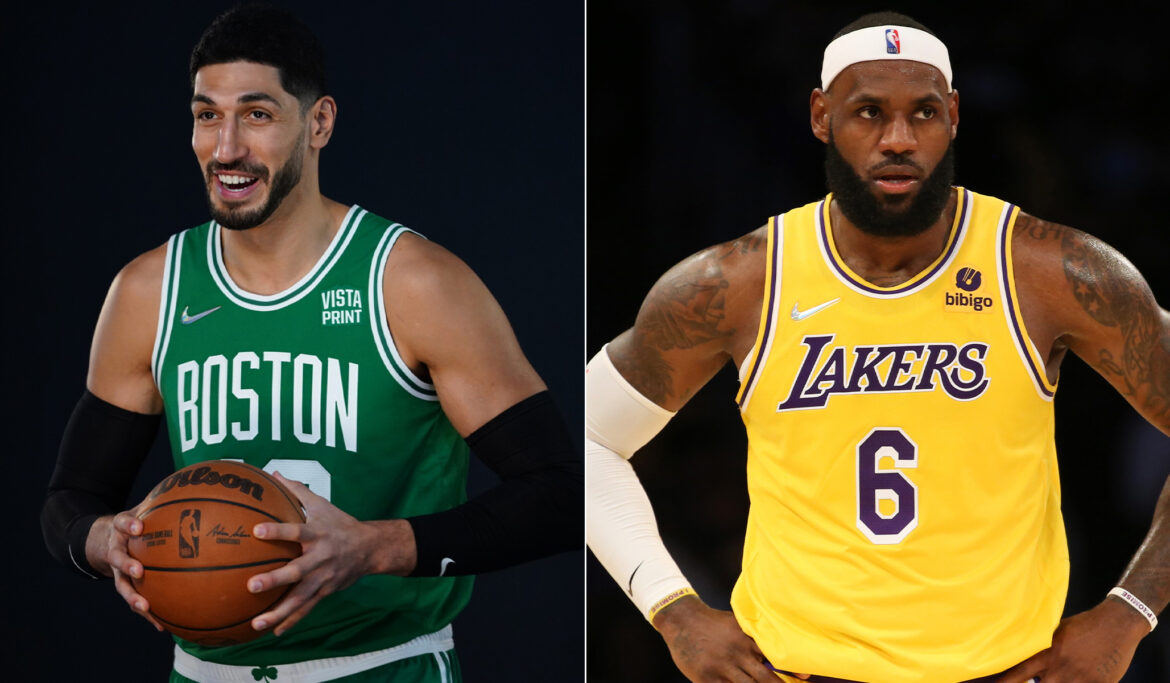 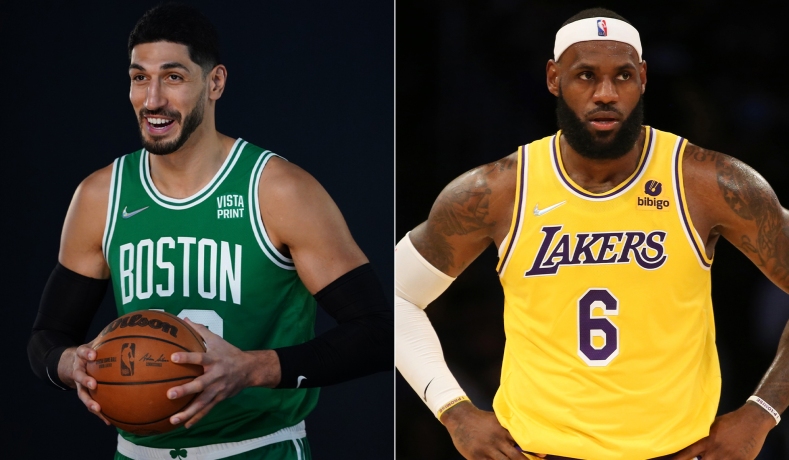 Enes Kanter blasted Nike again on Thursday over its use of slave labor in China and attacked fellow basketball star LeBron James, who has a lifetime deal with the company and has not spoken out against its practices.

“Money over Morals for the ‘King,’” Kanter tweeted alongside photos of several pairs of sneakers designed to call attention to Nike’s relationship with China.

The writing on the toes of one pair reads “Principals > Money” and “Morals > Money.”

“Sad & disgusting how these athletes pretend they care about social justice,” he added in the tweet, in which he tagged James and Nike.

He added that athletes “really do ‘shut up & dribble’” when “Big Boss” China tells them to, asserting that James and the NBA have remained silent on China’s human rights abuses to protect the multibillion-dollar relationship.

Money over Morals for the “King” 👑

Sad & disgusting how these athletes pretend they care about social justice

They really do “shut up & dribble” when Big Boss 🇨🇳 says so

Did you educate yourself about the slave labor that made your shoes or is that not part of your research? pic.twitter.com/YUA8rGYeoZ

“Did you educate yourself about the slave labor that made your shoes or is that not part of your research?” the tweet added.

The question seemingly comes in response to comments James made in 2019 regarding Houston Rockets general manager Daryl Morey’s support of Hong Kong independence.

James said then that Morey “was either misinformed or not really educated on the situation” when he tweeted an image that said “Fight For Freedom. Stand With Hong Kong.”

Kanter’s latest tweet comes after the Boston Celtics center previously accused James of being complicit in Nike’s use of slave labor.

While Kanter has long been outspoken against China’s human rights abuses, he specifically targeted James and Michael Jordan for the first time last month, offering to book plane tickets for Nike owner Phil Knight to visit China and “try to visit these SLAVE labor camps and you can see it with your own eyes.”

He offered for James and Jordan to join the trip and shared pictures of shoes that said “modern day slavery,” “made with slave labor,” “Hypocrite Nike” and “no more excuses.”

Kanter has been outspoken against China’s human rights abuses and said recently that two unnamed NBA officials begged him not to wear his “Free Tibet” sneakers during a game earlier this season, but ultimately relented and apologized at half time for the request. He also said that NBA commissioner Adam Silver subsequently affirmed his right to speak out against injustice in China, including its system of concentration camps, forced labor, and high-tech surveillance against the Uyghur community in Xinjiang.