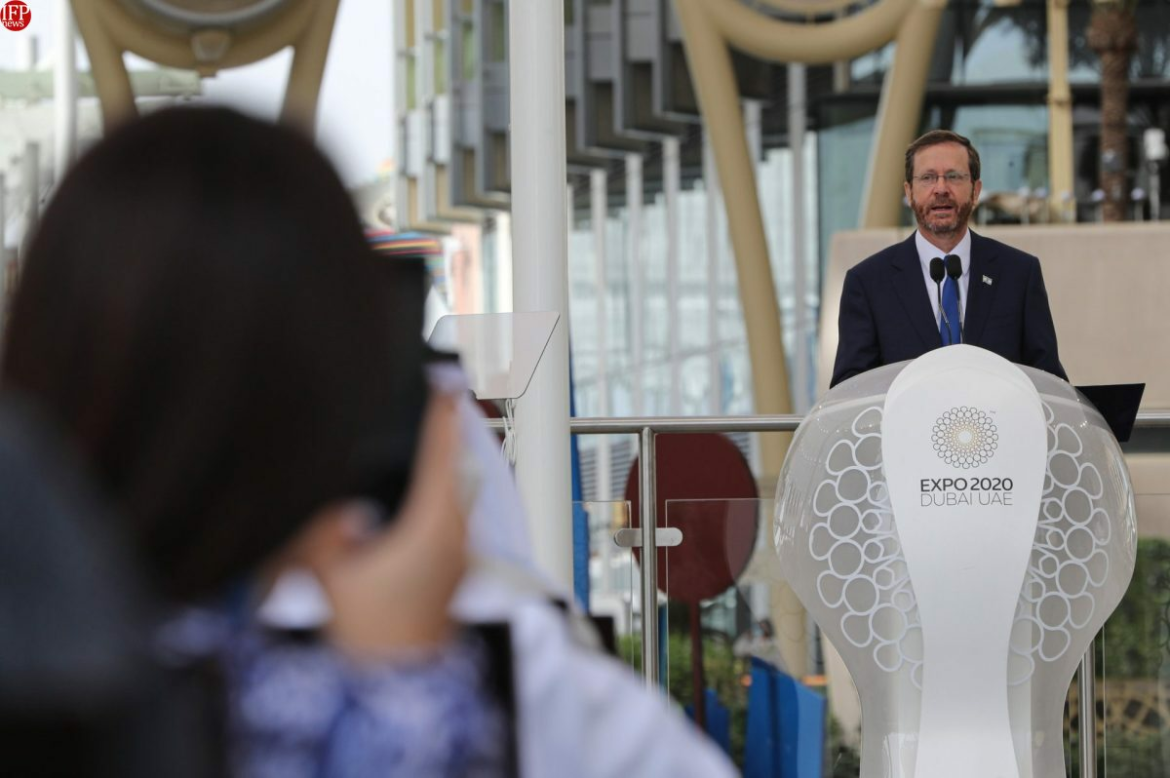 Herzog is expected to be in Turkey in early March in a rare trip following years of frayed ties between the two countries.

Meanwhile, a senior official delegation from Turkey is visiting Israel as part of preparations for the president’s visit.

The two officials will meet with Palestinian President Mahmoud Abbas and Israeli officials to discuss the visit of Herzog to Turkey.

The visit to Ramallah comes as Turkey is on a path toward normalizing ties with Israel and after Ankara had stated it may mediate between Israel and Palestine.

Relations between Turkey and Israel hit a low in 2010 following an Israeli naval raid on a Turkish aid ship, the Mavi Marmara, en route to deliver humanitarian aid to the blockaded Gaza Strip. The raid killed 10 activists.

The event caused an unprecedented crisis in Turkish-Israeli relations that had been peaceful for decades. Both countries even recalled their diplomatic envoys following the incident.

In 2013, with Israeli Prime Minister Benjamin Netanyahu’s apology to Turkey and the payment of $20 million (about TL 38 million at the time) in compensation to the Mavi Marmara victims, Turkish-Israeli relations entered a period of normalization.

In December 2016, both countries reappointed ambassadors as part of the reconciliation deal and reiterated several times the necessity to further improve bilateral relations.

The two countries once again expelled their ambassadors in 2018 after another bitter falling-out and relations since remained tense. In recent months, however, the two countries have been working on a rapprochement.

In recent months, however, the two countries have been working on a rapprochement, with Erdoğan, a vocal supporter of the Palestinian cause, holding telephone talks with his Israeli counterpart and other Israeli leaders.

The president had thanked Herzog for calling him to wish him a speedy recovery after testing positive for COVID-19.

Erdoğan said last month that Herzog’s visit could open a new chapter in relations between Turkey and Israel and that he was “ready to take steps in Israel’s direction in all areas, including natural gas.”

Mentioning that a fresh dialogue has started with the new government in Israel, Foreign Minister Mevlüt Çavuşoğlu also last week stated that the new Israeli foreign minister, who is also the head of the party with the most seats in the Parliament, said that he believes in a two-state solution.

Kalın also recently said there was a “positive approach” from Israel since the formation of their new government, while Prime Minister Naftali Bennett told reporters “things are happening very slowly and gradually” when asked about the possible visit to Turkey.

Despite the recent rapprochement, Turkish officials continue to criticize Israel’s policies targeting Palestinians, including the illegal settlements in the occupied West Bank and East Jerusalem, and the humanitarian situation in Gaza.

Known for its unbreakable solidarity with the Palestinians, Turkey has been voicing support for the Palestinian cause in the international realm for decades. Turkish authorities emphasize that the only way to achieve lasting peace and stability in the Middle East is through a fair and comprehensive solution to the Palestinian issue within the framework of international law and United Nations resolutions.

Turkey has frequently underlined that normalization with Israel will not be at the cost of Palestine.

Most recently, Çavuşoğlu said Turkey normalizing relations with Israel would not mean a change in Ankara’s Palestine policy.

Speaking to public broadcaster TRT Haber, Çavuşoğlu drew attention to comments he made earlier that Turkey will not turn its back on its commitment to a Palestinian state in order to broker closer ties with Israel.

“Normalizing our relations with Israel does not mean giving up on fundamental issues such as the Jerusalem cause and the Palestinian cause,” Çavuşoğlu said.

“We will not normalize our relations at the expense of the Palestinian cause. Israel knows this very well. Can we now say ‘yes’ to the occupation and destruction of Palestinian homes there? No, our policy on this issue is very clear. As a country that has contact with both sides on the path to a two-state solution, we can contribute as we did in the past,” he added

“Any step we take with Israel regarding our relations, any normalization, will not be at the expense of the Palestinian cause, like some other countries,” Çavuşoğlu told reporters in Ankara, referring to the rapprochement between Israel and some Persian Gulf countries that has angered Turkey.

Persian Gulf states that have established ties with Israel have sought to reassure Palestinians that their countries are not abandoning the quest for statehood, despite Palestinian leaders having decried the deals as a betrayal of their cause.

Turkey is also engaged in an effort to mend its frayed ties with regional powers, including Egypt and Saudi Arabia. Erdoğan had reiterated that Turkey hopes to maximize its cooperation with Egypt and Persian Gulf nations “on a win-win basis,” at a time when Ankara intensified diplomacy to mend its fraught ties with Cairo and some Persian Gulf Arab nations after years of tensions.