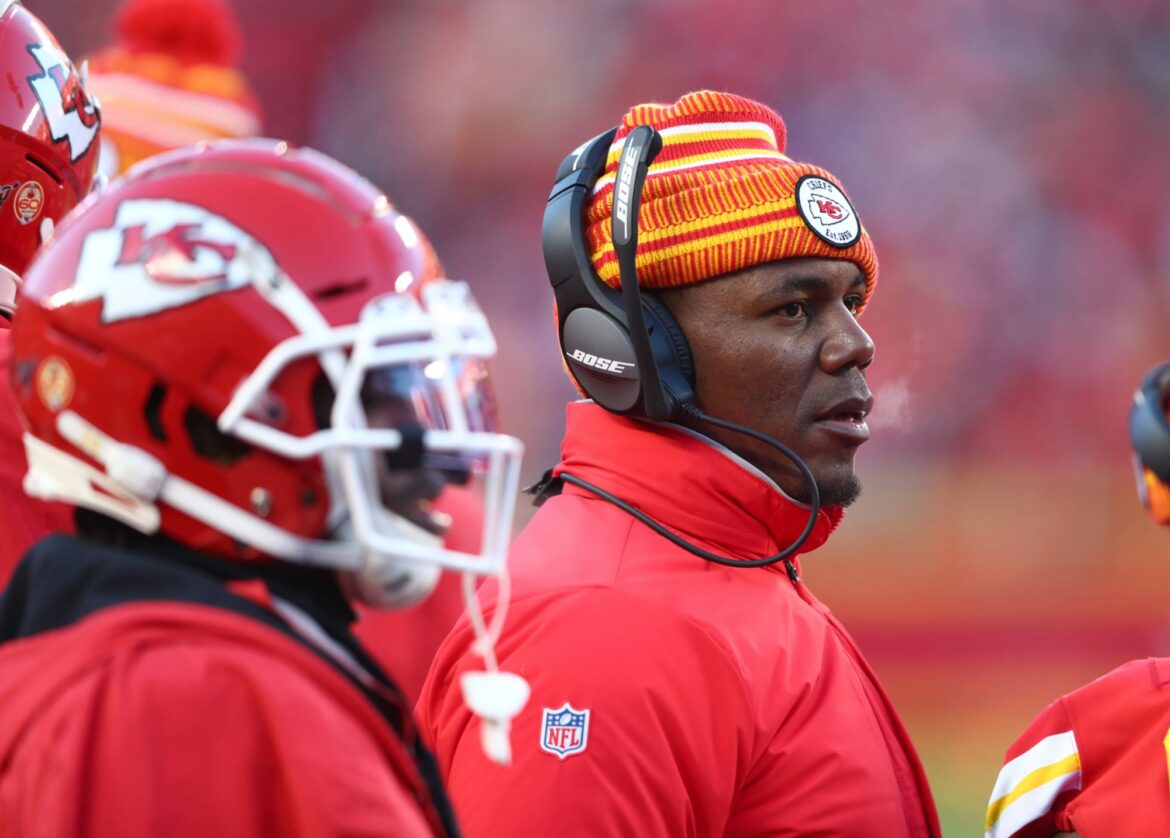 Kansas City Chiefs offensive coordinator Eric Bieniemy identifies exactly what has gone wrong with the team’s offense in the first half of the 2021 NFL season.

A big reason why the Kansas City Chiefs are a middling 5-4 through nine games has to be the underwhelming nature of Eric Bieniemy’s offense.

Kansas City has won the AFC each of the last two years, thanks in large part to the explosive nature of the Chiefs’ offense. However, this team has struggled to score points of late. The Chiefs have not scored more than 20 points in each of their last three games. While they have won back-to-back games, those wins were over two teams they had a major quarterbacking advantage over.

Bieniemy put it very bluntly when he met with the Chiefs media on Thursday: “The Chiefs right now are kicking the Chiefs’ a**.”

What type of information can we gather from Bieniemy meeting with the media ahead of Sunday night’s huge game vs. the arch rival Las Vegas Raiders?

He would harp on the self-inflicted nature of his side of the ball’s performance, whether that be a bad penalty, running the wrong route or quarterback Patrick Mahomes making a careless decision with the football. While he was able to point out several areas where the Kansas City offense can get better, it feels like Bieniemy was presenting problems and offering no solutions at the podium.

Is he going to reveal what the Chiefs are going to do to rectify these issues to the media? No, and why would he? However, he and the offensive coaching staff have to figure this out fast, as everybody knows Steve Spagnuolo’s defense is not carrying this team into the postseason. Is Kansas City a playoff team? Potentially, but the Chiefs are way closer to 9-8 than they are to 12-5.

Bieniemy has identified several problems, but he must find the bottleneck first and attack it ferociously until that one is gone and another pressing offensive issue arises.