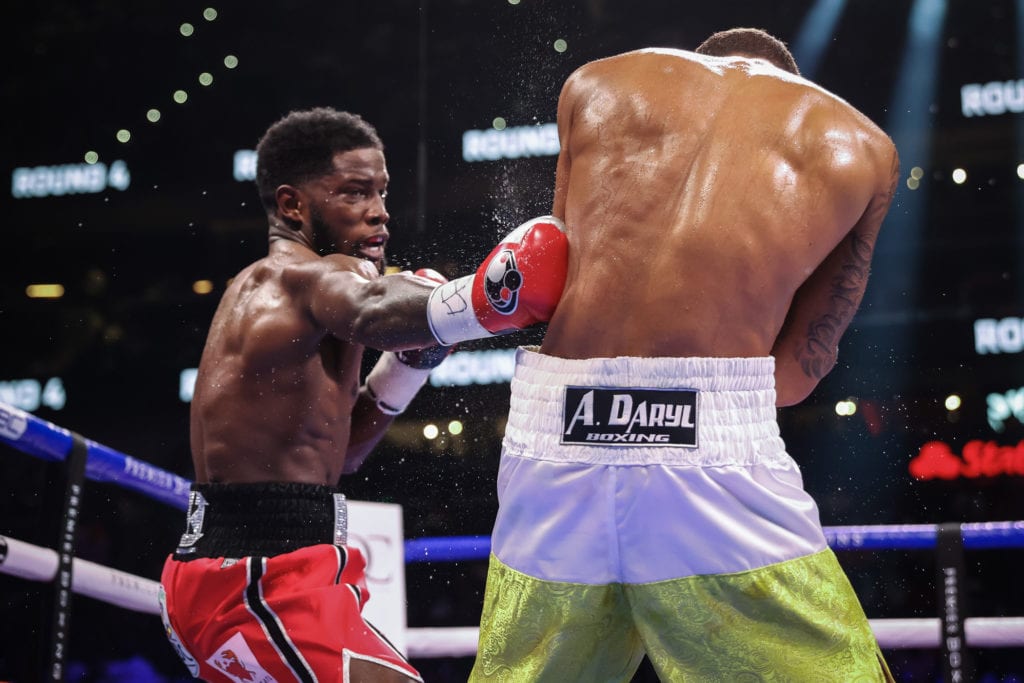 Erickson Lubin has done his best to work his way back up the 154 pound ladder. In 2017, at the age of 21, the extremely talented Florida native believed he was ready to begin his championship reign and challenged 154 pound titlist Jermell Charlo. Despite oddsmakers tabbing their contest as a 50/50 affair, Charlo walked right through his man, stopping him in the very first round.

Fast forward roughly five years later, and Lubin has slowly but assuredly gotten back into the championship mix, reeling off six straight wins. Now, the 26-year-old will look to make it seven in a row and solidify himself for another crack at a world title.

As first reported by Boxingscene.com, Lubin is officially set to take on fellow rising contender Sebastian Fundora in the main event of a Showtime-televised event on April 9th. As of now, the venue has not been revealed. Their 154 pound showdown will serve as a WBC title eliminator.

In the mind of the 6’5” Fundora, the 24-year-old believes he’s earned his way to fighting for a world title. While he has mostly dominated the competition, he found himself in a back and forth contest against Spaniard, Sergio Garcia. The two squared off at the tail end of 2021 with Fundora picking up the close unanimous decision win.

Before Fundora and Lubin swap fists in the ring, however, both men will be glued to the television screen one month prior. On March 19th, WBO 154 pound titlist Brian Castano, will face off against unified champion, Jermell Charlo. With the pair battling it out to a controversial draw one year prior, the two have decided to run things back immediately.

Whomever emerges from their contest as an undisputed world champion, will have little time to celebrate as they’ll be mandated to face the winner Charlo vs. Lubin during the second half of the year.