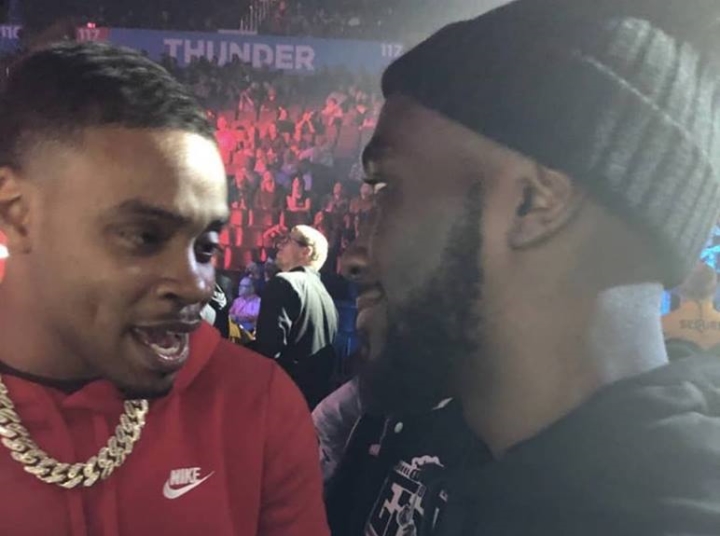 Errol Spence Jr. is appreciative and grateful for the position he’s currently in.

The unified welterweight belt holder was on top of the boxing world after his split decision win over Shawn Porter in September of 2019. But, following a night out on the town, Spence Jr. was flung from his sports vehicle and found himself face-first on the pavement.

Luckily for the Dallas native, he escaped the horrific accident with minimal injuries and would go on to dominate former two-division world titlist, Danny Garcia roughly one year later.

Initially, Spence Jr. was scheduled to face future first ballot Hall of Famer Manny Pacquiao on August 21st, 2021. Nonetheless, Spence Jr. was forced to withdraw from their contest due to a torn/detached retina in his right eye. Subsequently, Spence Jr. was then replaced by his upcoming opponent, Yordenis Ugas, who went on to pick up the win.

With their unification contest taking place in just under two months on April 16th, at the AT&T Stadium in Arlington, Texas, Spence Jr. is anxious to truncate the world title reign of Ugas and add his WBA belt to his ever-growing collection.

“It’s been a big comeback,” said Spence Jr. recently. “This is my second comeback. They thought I’d be done but on April 16th, I’m a get that WBA belt so I can be the IBF, WBC, and WBA champion of the world.”

Although Ugas vs. Spence Jr. expects to be a fan-friendly matchup, the anticipation for it pales in comparison to a showdown between Spence Jr. and WBO titlist, Terence Crawford.

For years now, both men have paraded and stuck out their chest as they’ve claimed to be the best 147 pounder in the world. Crawford, 33, recently quieted the naysayers that have consistently chastised him for his overall resume. The Omaha, Nebraska, native scored a brutal knockout of former two-time titlist, Shawn Porter.

Since the win, Crawford’s pursuit of Spence Jr. has only intensified. That said, the powerful southpaw views Crawford’s trash talk and consistent call-outs as unnecessary. Should he rip away Ugas’s WBA title, Spence Jr. reveals that not only will Crawford get his undivided attention but once they officially square off, the unified champion is confident that Crawford’s title reign will also come to an end.