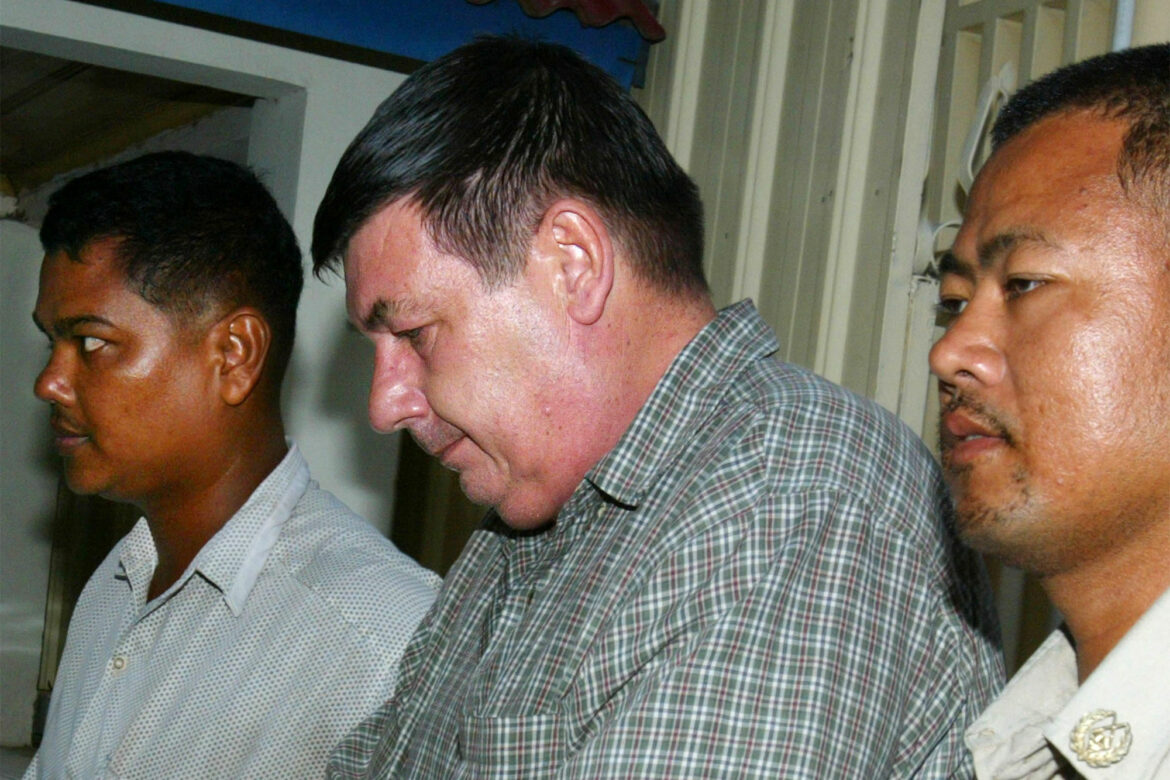 A retired US Marine captain found guilty of raping young Cambodian girls was sentenced to 210 years in federal prison after he was tried and convicted for a second time on new charges.

Micheal Joseph Pepe, 68, has been in federal custody since 2007 but was sentenced on Monday for sexually assaulting and drugging his victims, who were between 9 to 12 years old at the time of the abuse.

US District Judge Dale S. Fisher on Monday called Pepe’s actions “monstrous” and “horrific,” and added what Pepe did to the pre-teen girls was “torture.”

Pepe was initially arrested in Cambodia in 2006 and was found guilty two years later of a federal statute that punishes U.S citizens who travel overseas to engage in sex with minors.

The young victims were flown to the US and testified with the aid of an interpreter.

Pepe, who lived in Oxnard, Calif., was working part-time as a professor at a Cambodian university when he was arrested by local officials in June 2006, prosecutors said.

Although he was convicted in 2008, Pepe was not sentenced until 2014 because of a controversy that was revealed by prosecutors.

After Pepe was convicted in the first case, prosecutors found out and disclosed to the judge that interpreter Ann Luong Spiratos and Gary J. Phillips, a special agent with Immigration and Customs Enforcement, were in a relationship, according to the Los Angeles Times.

The controversy postponed Pepe’s sentencing after defense attorneys questioned if Spiratos provided a skewed interpretation of the victim’s testimonies to aid the prosecution.

A judge ultimately found that while the sexual relationship between the interpreter and the ICE agent was inappropriate, the trial was conducted fairly.

Pepe’s case took another turn in 2018 when the US 9th Circuit Court of Appeal reversed his conviction after a divided panel found that prosecutors did not show the ex-Marine was “traveling” when he assaulted the girls. Pepe claimed he had been living in Cambodia since 2003.

Prosecutors decided to retry the case in August 2021 and this time charged the ex-Marine with two counts of traveling in a foreign country with the intent to engage in illicit sexual conduct and two counts of aggravated sexual abuse of a child.

During the seven-day trial, the eight victims testified for the second time about how Pepe raped and drugged them in his compound in Phnom Penh when they were minors.

Prosecutors also presented evidence that Pepe had “homemade” child pornography in his possession.

At Monday’s sentencing, US District Judge Dale S. Fisher said there was “no justification for a sentence that would ever allow (Pepe) to be released from prison.”