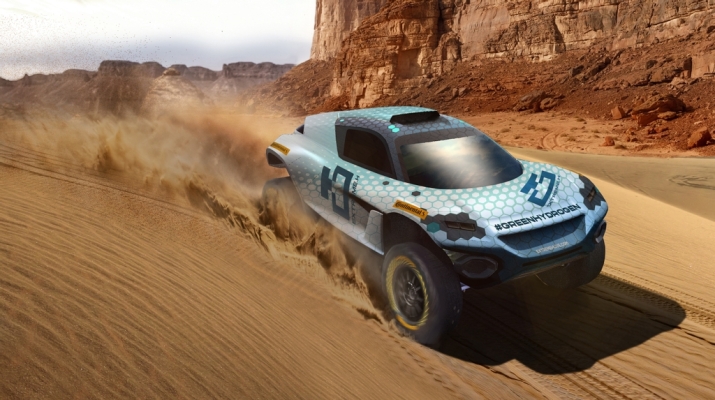 An off-road racing series that uses hydrogen cars is expected to debut in 2024. Extreme H will be a companion championship to Extreme E, an off-road motorsport with electric vehicles that held its first race last year. The two series will hold races in the same locations on the same days using the same format. According to Alejandro Agag, who also founded Formula E, organizers are looking at two options for hydrogen integration: combined racing or full transition.

Development on the Extreme H car is underway and there are plans to have a prototype ready by early 2023. The vehicle will have the same powertrain and chassis that’s used in Extreme E. The main difference is that the central power source will be a hydrogen fuel cell instead of a battery.

Extreme H organizers say that the fuel cells will be powered by green hydrogen, which combines water and solar energy. Extreme E uses the same process to power EV batteries, while the paddock runs on a combination of batteries and green hydrogen.