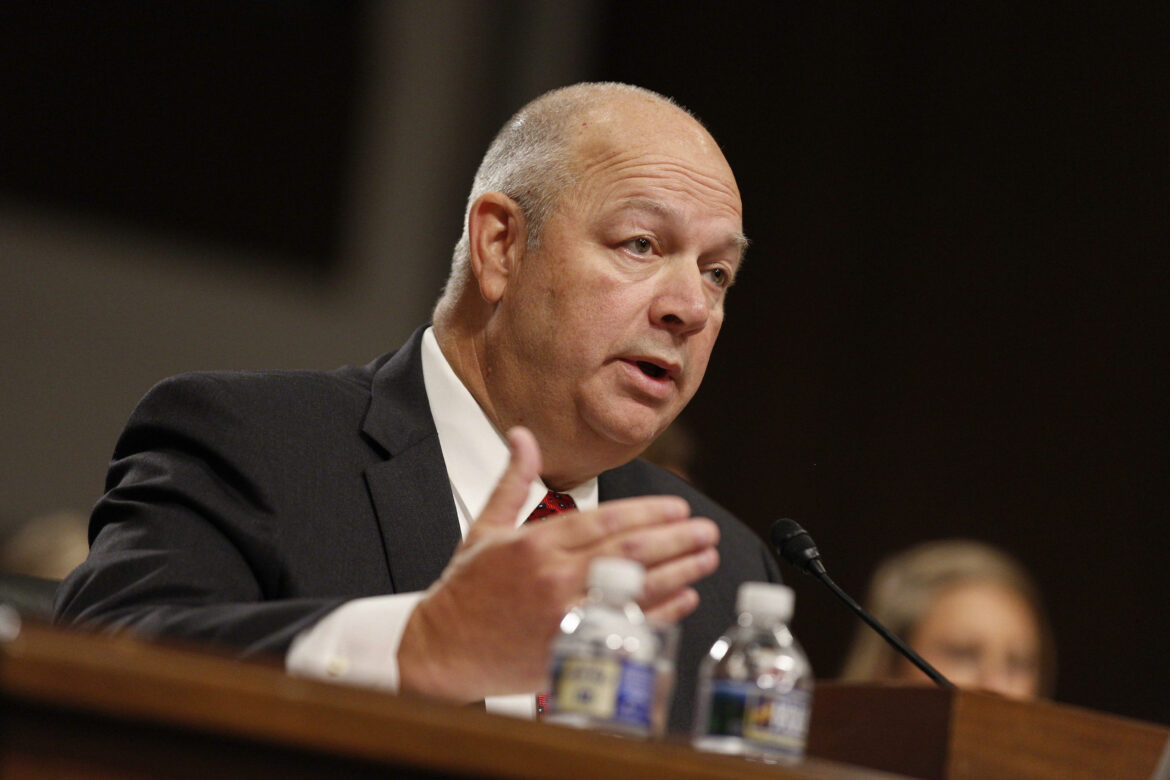 Dickson’s announcement came halfway into his five-year term. In an e-mail to staff, Dickson said after long separations from his family “it is time to devote my full time and attention to them.

“As I wrote in my letter to President Biden, it is time to go home,” he said. Dickson has been living in Washington D.C. leading the 45,000-person agency while his family has been in Georgia.

“Although my heart is heavy, I am tremendously proud of everything we have accomplished together over the past several years,” he said. “The agency is in a better place than it was two years ago, and we are positioned for great success. It has been the privilege of a lifetime to serve alongside you.”

Dickson, a former Delta Air Lines captain and head of flight operations, was appointed by President Donald Trump, days after the the second of two fatal crashes of Boeing’s best-selling 737 Max jetliners.

The two accidents killed 346 people and plunged the FAA into crisis over its approval of the planes and its close relationship with Boeing. Dickson was tasked with improving the FAA’s reputation and improve its safety culture.

In late December 2019, Boeing’s then-CEO Dennis Muilenburg was fired after stating that regulators would return the planes to service by the end of the year, prompting a dressing down in Washington by Dickson, people familiar with the matter said at the time.

The approvals didn’t come until a year later. Dickson oversaw the Max’s return to service in late 2020, ending a 20-month worldwide flight ban on the planes, months later than Boeing executives had estimated. He flew the plane in September 2019 after he had said he wouldn’t clear the planes for service unless he flew the jet himself.

Dickson also managed the agency through the last two years of the coronavirus pandemic when passenger numbers dropped and airlines faced record losses.

Earlier this year, the agency was locked in a standoff with wireless providers Verizon and AT&T over concerns that new 5G service could interfere with some jets’ altimeters.

The dispute resulted in 11th hour deals to pause rollouts near airports as the FAA worked through approving aircraft types though some carriers were forced to cut flights.

“Steve has been the FAA’s steady and skilled captain, and his tenure has been marked by steadfast commitment to the FAA’s safety mission and the 45,000 employees who work tirelessly every day to fulfill it,” said Transportation Secretary Pete Buttigieg. “We are grateful for his years of service to our country and his lifelong dedication to making sure our aviation system is the best and safest in the world.”