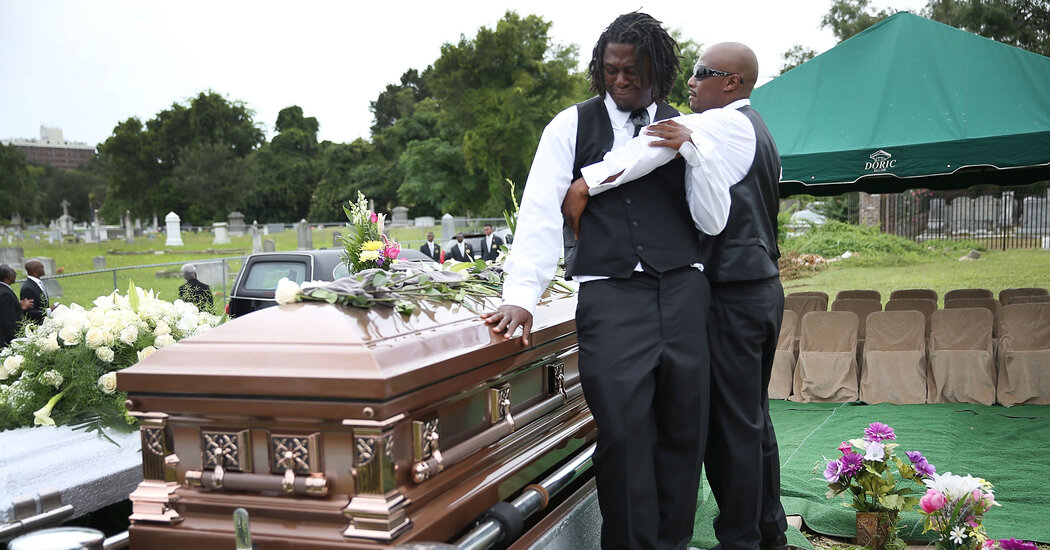 Ms. Pinckney, who survived the shooting, was also accompanied by her two daughters, Eliana and Malana.

“When I was 6 years old when this terrible massacre happened, I didn’t know that my father was such a big inspiration to people all over the world,” Malana said. “So something I want to leave you with today here is just because you came from nothing, doesn’t mean that you can’t be something.”

Eliana added, “My sister and I are going to go home realizing that the government didn’t sit in silence, but they paid attention, and they valued my father’s life and they value the lives of the eight other people who died.”

Mr. Roof, who was 21 at the time, had been allowed to buy the .45-caliber handgun he used in the killings because of a breakdown in the federal gun background check system, the F.B.I. said.

On June 17, 2015, Mr. Roof entered the church’s fellowship hall and was offered a seat for Bible study. After about 40 minutes, when the parishioners’ eyes were closed for prayer, Mr. Roof began to fire seven magazines of hollow-point rounds.

Mr. Roof, a white supremacist, was sentenced to death by a federal jury in 2017.

Weeks after the shooting, James B. Comey, the F.B.I. director at the time, said Mr. Roof had exploited a three-day waiting period that has allowed thousands of prohibited buyers to legally purchase firearms.

The Justice Department’s inspector general had been investigating the three-day loophole for some time, Mr. Comey said.