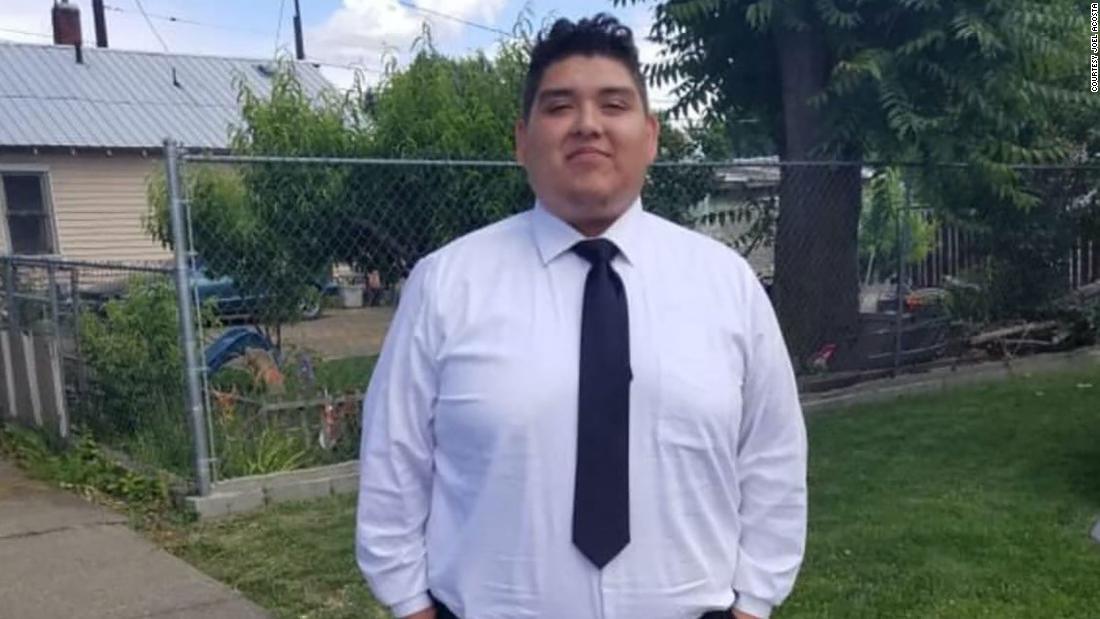 The lawsuit seeks damages for loss of mental and physical health, and human life, according to the petition filed by the Buzbee Law Firm in Harris County, Texas.

He was a junior at Western Washington University and had an interest in computer science, according to the university.

The lawsuit filed on behalf of Acosta Avila’s family names, among others, event organizers Live Nation and Travis Scott, who was performing at the time of the deadly crowd surge. The suit also names performer Drake and Apple, Inc., which the lawsuit said streamed the event on its Apple Music platform.

“The damages sought in this case attempts to fix, help, or make up for the harms and losses suffered by these Plaintiffs,” the lawsuit reads. “The quantum sought includes sufficient punitive damages to punish and make an example of all involved in the streaming, promotion, organization and failed execution of the concert, and also to encourage those who engage in such activity in the future to do so with safety at the forefront.”

CNN has reached out to Scott, Drake, Live Nation, Apple and other named defendants for comment on the lawsuit.

In a statement released last week, Scott said he “is distraught by the situation and desperately wishes to share his condolences and provide aid to (the victims) as soon as possible.” Scott has said he will pay for the victims’ funerals. Live Nation previously said it is “heartbroken for those lost and impacted at Astroworld,” and is “working to provide as much information and assistance as possible to the local authorities as they investigate the situation.” Drake issued a statement on his Instagram account last week, calling the incident a “devastating tragedy.”

“My heart is broken for the families and friends of those who lost their lives and for anyone who is suffering. I will continue to pray for all of them and will be of service in any way I can,” he added.

At least 140 lawsuits have been filed in the wake of the tragedy, according to Harris County District Court records.

One of those lawsuits was filed by the family of 9-year-old Ezra Blount, who died Sunday after being placed in a medically inducted coma due to injuries sustained at the concert, according to a statement from family attorney Ben Crump.

The lawsuit accuses event organizers of negligence, the statement said.

The Astroworld Festival turned deadly as concertgoers were crushed, trampled and struggled to breathe as the packed crowd surged toward an outdoor stage when Scott, a headliner, started performing on November 5. Information from fire and police officials at the festival reveal a situation that grew increasingly dangerous before and during Scott’s set. Ambulances transported a handful of injured concertgoers to the hospital that morning and afternoon, according to Houston Fire Department logs.

Shortly before 5 p.m., the Houston Police Department reported “dangerous crowd conditions” at one stage. Eight minutes before Scott took the stage at 9 p.m., more than 260 people had already been treated, according to the logs, which did not specify the type of treatment. And a 9:18 p.m. entry noted a “crush injury.”

Less than half an hour into Scott’s performance, the log states: “This is when it all got real.”

The audio included reports of breached barricades, people jumping gates, and breathing and cardiac problems, the newspaper reported. The radio chatter continued until 10:15 p.m., the Chronicle reported. CNN has reached out to the Houston Police Department for comment.

It is unclear what Scott saw from the stage and whether he was aware of the crowd conditions, but he continued to perform until about 10:10 p.m. That was after officials declared the concert a “mass casualty event,” according to Houston Fire Chief Samuel Peña.

Scott did not know of the mass casualty declaration until the following morning, his lawyer has said.