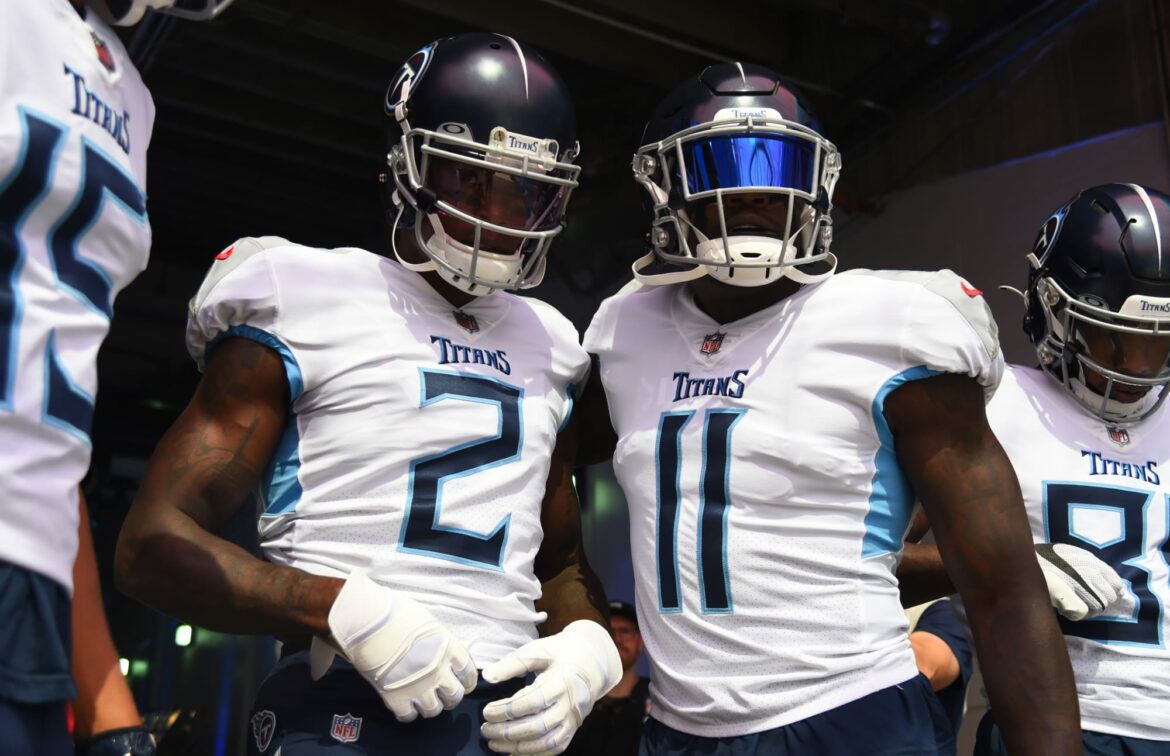 After his early exit in Week 3, Tennessee Titans wide receiver A.J. Brown is considered week-to-week with a strained hamstring and his status for Week 4 is automatically in serious doubt. But Julio Jones also missed most of the second half last Sunday against the Indianapolis Colts, under the professed idea of NBA-esque “load management” after the game.

According to Ian Rapoport of NFL Network, Jones is getting treatment for a leg injury and his status for Week 4 is up in the air. Brown may miss a week or two, but that’s not necessarily surprising news.

Could the #Titans be without their top two WRs this Sunday?

WR Julio Jones is getting treatment on a leg injury, and his status vs the #Jets is up in the air, sources tell me and @TomPelissero. AJ Brown also may miss a week or two with a hamstring injury.

Brown and Jones are clearly Tennessee’s top two wide receivers. Fantasy managers who have Brown have surely already been surveying options to replace him this week, and now Jones’ managers have to do the same. Sunday’s game being in the early window is helpful to allow for a pivot if needed.

Fantasy Football: Will any Titans’ wide receivers be relevant in Week 4?

With Brown lasting just eight snaps against the Colts before exiting the game, and Jones playing half the snaps in the game, others had an opportunity to step up.

Nick Westbrook-Ikhine led Titans’ wide receivers in pass routes run in Week 3 (25), as he played 53 snaps (78 percent). He finished with four catches (on four targets) for 53 yards and a touchdown against the Colts. He was in line for a bigger role with Brown’s status in question, and his fantasy outlook improves a little if Jones is out too.

Chester Rogers had four catches for 62 yards in Week 1. Last week against the Colts, his only catch went for a touchdown. He would surely get a lot more snaps if Brown and Jones are both out in Week 4 (or beyond), and he’s on the radar in deeper fantasy leagues.

Before the Titans traded for Jones, Josh Reynolds had a bit of fantasy buzz as a deep sleeper. A foot injury sidelined him Week 1, he played just 11 snaps in Week 2 and he was a healthy scratch Week 3. He is a name to stash away on watchlists in fantasy leagues, in case Brown and Jones both miss multiple games.

The Titans face the New York Jets in Week 4. The Jets are the fourth-best fantasy defense against wide receivers through three weeks (Yahoo!, 0.5-point PPR). But, owing to being outscored 70-20 and 51-6 over their last two games, they also have the second-fewest wide receiver targets against (43; 14.3 per game). Make no mistake, this is a bad secondary.

In Week 5, any healthy Titans’ wide receivers get a better matchup against the Jacksonville Jaguars (12th-most fantasy points to the position, Yahoo! 0.5-point PPR).

Beyond the impact on any remaining wide receivers, it’s more good news for Derrick Henry’s fantasy managers if Brown and/or Jones misses time. Henry has 12 receptions for 105 yards in three games, which easily puts him on pace to usurp his career-high for catches (19 in 2020) and receiving yards (206 in 2019). Oh, and he’s still leading the league in rushing through three weeks (353 yards on a league-high 80 carries).

No other Titans’ wide receiver is a slam-dunk fantasy option if Brown or Jones are out of the mix in Week 4. But Westbrook-Ikhine and Rogers are a little more interesting in deeper leagues (12 or more teams), with further review to be done after Sunday’s game if Tennessee is indeed down its top two receivers.