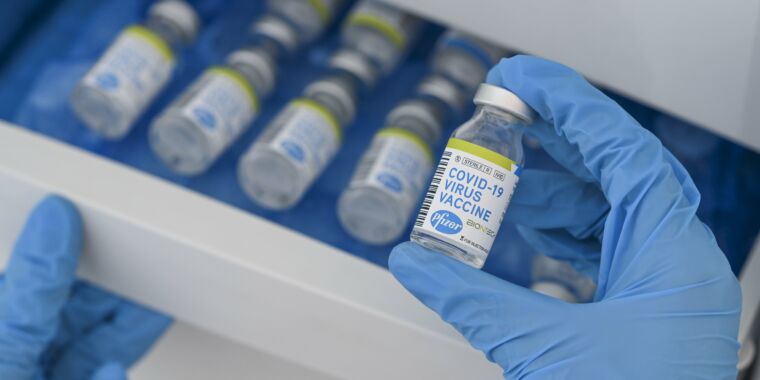 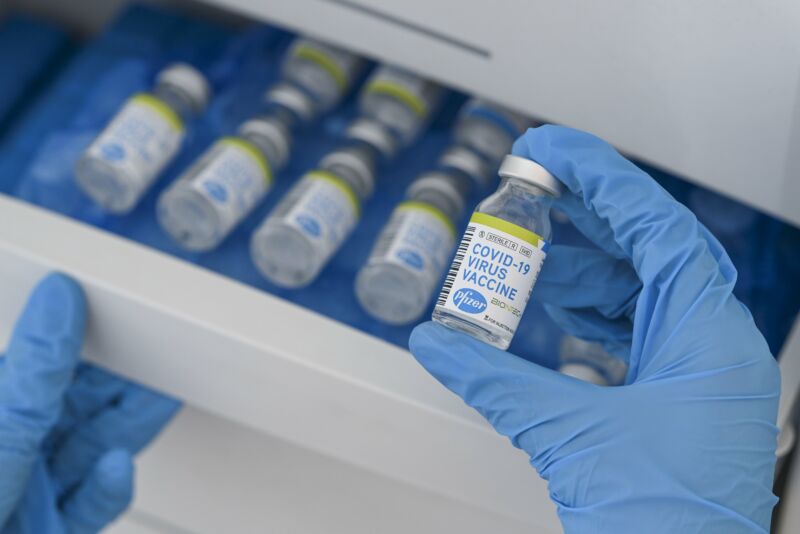 A committee of independent advisors for the Food and Drug Administration has voted unanimously (18 to 0) in favor of authorizing a booster dose of the Pfizer/BioNTech COVID-19 vaccine for people aged 65 and older, as well as people at high risk based on an underlying medical condition and/or occupational exposure (e.g., healthcare workers). The booster doses are recommended to be given at least six months after completion of the primary two doses.

If the FDA moves forward with the advisory committee’s recommendation—which it likely will—boosters will be offered to those two groups based on an Emergency Use Authorization.

Prior to voting in favor of authorization for the two groups, the committee rejected the idea of approving boosters for all people ages 16 and up with a resounding vote of 16 to 2 against.

Generally, the committee—Vaccines and Related Biological Products Advisory Committee (VRBPAC)—felt there was simply too little safety data to make an assessment, particularly for young males at highest risk of developing a rare COVID-19 vaccine side effect of inflammation of or around the heart (myocarditis and pericarditis). In addition, the committee felt there was not convincing data that overall vaccine protection from severe disease, hospitalization, and death has waned to the extent that a booster shot is necessary.

“A third dose is likely beneficial,” Ofer Levy, a voting VRBPAC member and infectious disease expert at Harvard, said after voting against boosters for all. “That’s already true for the immunocompromised. It’s likely beneficial, in my opinion, for the elderly and may eventually be indicated for the general population. I just don’t think we’re there yet in terms of the data.”

The votes came after a tumultuous all-day meeting in which advisory committee members seemed to chafe at the expectation that they would green-light boosters for the general population. Last month, the Biden Administration announced ahead of the FDA’s review that it was prepared to roll out boosters for the vaccinated starting the week of September 20. The announcement reportedly prompted frustration and anger inside the regulatory agency, leading two high-ranking vaccine regulators to announce their resignations.

One of those resignations was Marian Gruber, the now-outgoing director of the FDA’s Office of Vaccines Research and Review. At the opening of today’s proceedings, she thanked her staff, noting that it was likely her last VRBPAC meeting. In her opening remarks, she emphasized that the decision of whether to approve a booster dose hinges on determining if it’s “safe,” which “involves weighing whether its benefits outweigh its risks.” For younger males, that leaves the tricky question of whether the potentially increased risk of myocarditis/pericarditis would be outweighed by the potential benefits of a third dose, given that younger males are already at lower risk of severe disease than older groups and still appear to have high levels of protection from the two primary doses.

Critically, when the agency’s analyses just looked at older populations rather than all adults together, vaccine effectiveness still appeared strong, with an efficacy of over 88 percent in people aged 75 and above. However, Dr. Oliver noted data from Qatar suggesting that protection from hospitalization declined in people aged 60 and over after 25 weeks from vaccination, though the confidence intervals were extremely wide.

Similarly, experts from Israel presented data suggesting that vaccine efficacy continues to wane over time, with elderly groups seeing less protection against severe disease. Israel is ahead of the US by about three months in getting a large chunk of its population vaccinated. Thus, the country is seen as a bellwether of vaccine effectiveness. In light of data suggesting widespread waning of protection, Israel rolled out a booster shot on July 30 to all those 16 and over, beginning with the elderly. In the time since, Israel data suggests the boosters stymied confirmed cases in people over 60 and provided a more than 10-fold reduction in relative risk of severe disease in that age group. Unfortunately, there hasn’t been enough time since boosters were rolled out to younger males to generate useful data on safety that could inform a decision in the US.

In another presentation at the meeting, statistician Jonathan Sterne of the University of Bristol warned against taking real-world vaccine efficacy estimates at face value due to a variety of confounding factors. Those include differing characteristics of people who get vaccinated compared with those that don’t, as well as past COVID infections providing some protection in the unvaccinated. Vaccine efficacy estimates can be influenced by the timing of people’s vaccinations, the risk factors each group may have, the waves of infection, and how waves are timed with vaccinations. Many of these factors could add up to make vaccine effectiveness appear lower than it actually is. For instance, people who were first in line to get a vaccine included those with compromised immune systems, thus increases in infection and severe disease could perhaps represent the problem of poor immune responses in those populations rather than a significant waning of protection overall.

In addition, it’s important to note that Israel defines severe disease differently than the US, counting people with high respiratory rates and blood-oxygen levels below 94 percent. In the US, studies often define severe disease as those requiring hospitalization or intensive care or those who die as a result of their infection.

As for safety, Pfizer and the FDA gave separate presentations that picked through Pfizer’s data on safety, which only involved 306 people between the ages of 18 and 55. The data suggests that a third dose boosted antibody levels to levels comparable if not greater than was seen following second doses. Likewise, side-effects from a third dose were similar to what was seen after a second dose, with the most common effects including pain at the injection site, fatigue, headache, chills, and muscle pain.

Overall, VRBPAC was swayed by the data from Israel suggesting that older people may soon become more vulnerable to severe disease, hospitalization, and death and that booster doses can safely increase protection. But with such little safety data on the younger groups and without a clear and growing risk of severe disease in those younger groups, the members were unconvinced that boosters should be offered to all people ages 16 and up at this time.

In their final deliberations, the members landed on those ages 65 and older as well as people at high risk. The cutoff and definitions are shaky. The committee did not have decisive data on what age group to draw the line at, with some committee members suggesting those above 50 or 60. In the end, the FDA reworded the final voting question, which included the cutoff of 65.

Additionally, the committee felt it was necessary to include people at high risk of severe disease from underlying conditions, given the possibility of further waning and the need to protect healthcare systems from being overwhelmed. Who might qualify under those terms is yet to be defined by an advisory committee for the Centers for Disease Control and Prevention—the Advisory Committee on Immunization Practices—which is set to meet September 22.

In a similar vein, the VRBPAC felt it was important to include those at high risk of infection due to occupational exposure, given that booster shots may reduce the risk of infection and transmission. With hospitals across the country strained and buckling under the weight of the delta coronavirus wave, the committee wanted to ensure that healthcare workers, frontline workers, and teachers could have maximum protection—again—to protect the overall healthcare systems.

Though the decision today may disappoint some hoping for a blanket green light for boosters, the committee was pleased that it followed the science and resisted any pressure from the Biden administration.

“I think this should demonstrate to the public that the members of this committee are independent of the FDA and that, in fact, we do bring our voices to the table,” Archana Chatterjee, a voting VRBPAC member and Dean of Chicago Medical School.

Moving forward, VRBPAC chair Arnold Monto noted that if the booster doses are authorized using an EUA, it will be easy to revisit data in the near future to determine if and when boosters for wider groups may be needed.