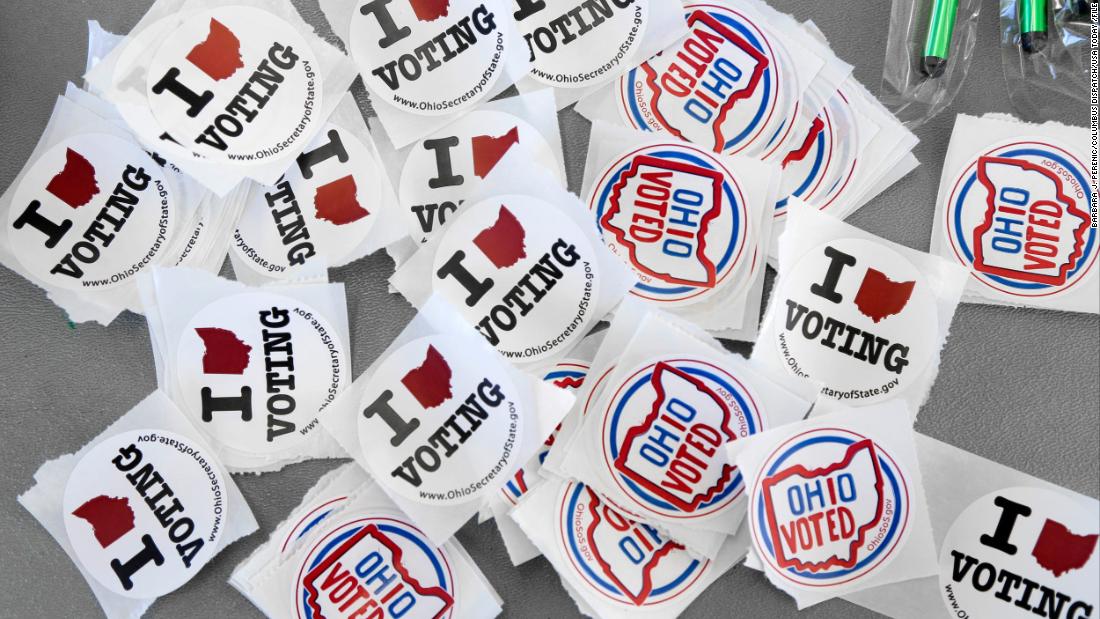 While no sensitive information was taken from Hamercheck’s office, routine internet traffic unrelated to the election captured by the laptop was later distributed at an August conference hosted by MyPillow CEO Mike Lindell that promoted false claims that the 2020 presidential election had been stolen, according to the people briefed on the investigation. Robert Graham, a cybersecurity expert who attended the Lindell-hosted conference, told CNN that digital copies of computer files that were labeled as coming from Lake County were distributed at the event.

Ohio officials said there were layers of security in place to prevent any election-related data from being compromised, and that the Lake County computer network that contains Hamercheck’s office is not connected to the Board of Elections computer network.

Numerous experts and audits have verified that there was no widespread fraud in the election, and that the vote was secure. But the din of disinformation and conspiracy theories from supporters of former President Donald Trump has continued. Some election officials have faced death threats in what experts warn is a worrying trend for American democracy.

The FBI and Ohio officials are investigating the Lake County incident, two of the people briefed on the investigation said. The office of the Ohio Attorney General is also investigating, one of those people said.

The Washington Post first reported the May incident at Hamercheck’s office.

Hamercheck did not respond to a CNN interview request. The FBI declined to comment.

Hamercheck told The Washington Post that he had been advised not to discuss the investigation, and that he was “aware of no criminal activity.”

In 2019, Ohio Secretary of State Frank LaRose issued a directive requiring counties to bolster their cybersecurity through training and assessments, among other measures.

“The cybersecurity protocols put in place in 2019 by the secretary worked and no election data was ever in danger of being compromised,” Rob Nichols, a spokesperson for LaRose, told CNN.

The public disclosure of the Lake County episode comes after Colorado Secretary of State Jena Griswold, a Democrat, earlier this year accused a Republican Mesa County, Colorado, election official of facilitating a security breach in May. The breach resulted in confidential voting machine login credentials, and forensic images of their hard drives, being published in early August on a Telegram channel affiliated with a leading figure of the QAnon movement.

Images from Mesa County also were projected onscreen at the “cyber symposium” convened in South Dakota by Lindell.

The Mesa County incident now is the subject of a criminal probe. The election official, Mesa County Clerk and Recorder Tina Peters, last week said her home was raided by the FBI. Peters, a Republican, has not been charged with any crime in connection with the Colorado investigation, and, in court documents, she has denied authorizing any leaks.

Election security experts told CNN they were worried that promoters of false election fraud narratives would be emboldened by these incidents unless there were repercussions.

“If law enforcement doesn’t start charging people, prosecuting and holding them accountable, we are in trouble,” said Amber McReynolds, the former Denver director of elections.

The US Cybersecurity and Infrastructure Security Agency, a federal agency that supports election security efforts, has doubled down on trying to combat election-related disinformation. The Biden administration has tapped Kim Wyman, a Republican former secretary of state of Washington, to lead those efforts, CNN first reported in October.

Matthew Masterson, Wyman’s predecessor at the CISA and a former official in the Ohio secretary of state’s office, praised the state’s election security measures.

“Ohio had the proper protections in place and responded quickly,” Masterson told CNN. “Other states should follow their lead as unfortunately this will continue to happen as the grift grows and there remains no accountability for those pushing misinformation about the 2020 election.”