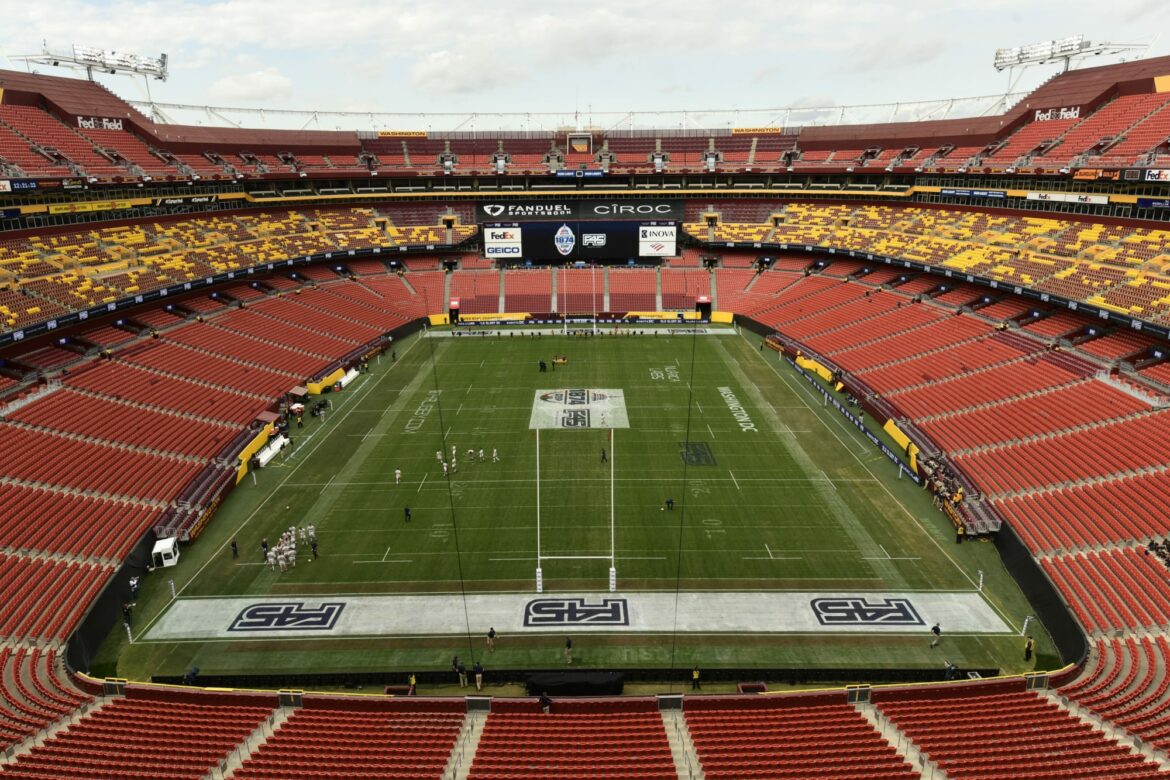 Fans reacted to the busted sprinkler system during Monday night’s matchup between the Washington Football Team and Seattle Seahawks.

It appears even the water flowing within FedEx Field is doing whatever it takes to get away from Dan Snyder and the Washington franchise.

During Monday’s game between the Washington Football Team and Seattle Seahawks, videos started to circulate on Twitter, showing busted sprinklers hosing down one of the executive suites right above fans in attendance. Where very few fans were affected by this fault, it reminded many observers of the mess that FedEx Field and the Washington franchise have been this season.

The initial reaction to fans was to draw comparisons to the videos from earlier this year, showing a pipe bursting and spewing sewage onto fans. For some fans, this comparison was an opportunity to see the glass as half full.

Others thought it would be an opportunity to fix one of Washington’s biggest problems.

It is worth noting that it is 37 degrees in the nation’s capital during the game, making this leak especially problematic for those who did get wet.

They fix the home team showers at FedEx field yet?

Finally, it appears that Washington fans are just ready to accept the state of their team and stadium.

The Washington Football Team has not been great this season, despite extremely high expectations. After nearly making the NFC Championship last season on the back of their elite defense, the Football Team has fallen to 4-6. They have played a schedule full of elite teams, so their struggle is slightly justified, but that does not keep fans from being disappointed.