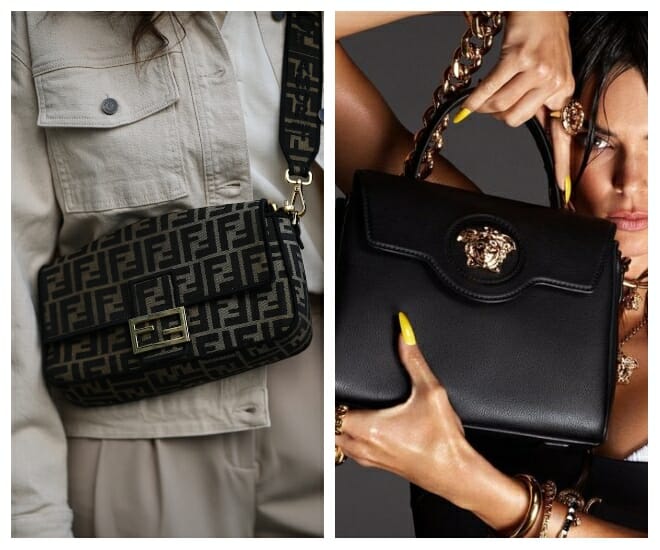 Rumour has it that Versace will be collaborating with fellow Italian brand Fendi at Milan Fashion Week and may hold a secret second show on Sunday.

Fendi presented its Spring/Summer 2022 Collection earlier this week, and Versace is slated to debut its own collection on Friday evening. However, it has been reported that Versace sent out “cryptic gold-and-white ‘save the dates’” — signed by creative director and former owner Donatella Versace — to a small group of fashion insiders inviting them to a Sunday event.

Rumours of the collab have seemingly been foreshadowed by Kim Kardashian who posted a picture of herself, Donatella Versace and Fendi’s Kim Jones — who handles the brand’s haute couture and womenswear — on Instagram almost three months ago.

It is unclear whether Kim Kardashian is involved in the collaboration.

Business of Fashion has reported that “Donatella has been working with both of LVMH-owned Fendi’s creative directors, Silvia Venturini Fendi and Kim Jones, on a line set to be revealed at the Sunday event.”

Other brands that have collaborated in recent times include two of luxury fashion’s heavyweights: Gucci and Balenciaga. Gucci unveiled their Fall/Winter 2021 collection through an innovative fashion film, which included the collaboration between the two brands. The partnership was a crossover of both brands’ signatures throughout the collection, with an extreme amount of logomania.

Another recent collaboration in the fashion world saw Ermenegildo Zegna and Steve Aoki team up for a limited-edition drop of the iconic Triple Stitch Sneaker. The collaboration is part of the brand’s aim to redefine how men’s wardrobes should look in the 21st century.