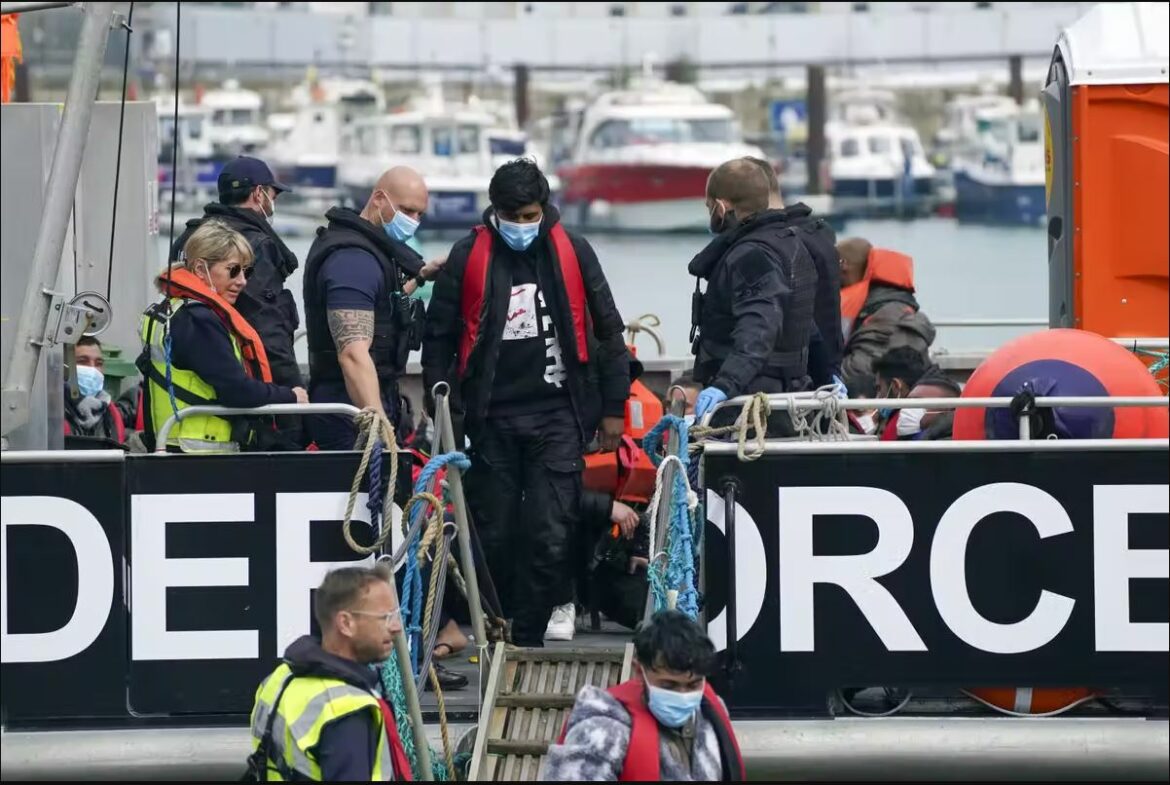 Boris Johnson has revealed that the first 50 migrants have been told they will be sent to Rwanda within two weeks.

The policy has been widely criticised by human rights charities and even faced backlash from Tory backbenchers, former prime minister Theresa May and the Archbishop of Canterbury.

The government said it is braced for a flurry of legal claims as it prepares to send migrants to the east African nation within a fortnight. In the interview with the Daily Mail, Mr Johnson said the migrants have already been served “notices of intent,” marking the start of the process.

“There’s going to be a lot of legal opposition from the types of firms that for a long time have been taking taxpayers’ money to mount these sorts of cases, and to thwart the will of the people, the will of Parliament,” Mr Johnson said.

“We’re ready for that. We will dig in for the fight – we will make it work. We’ve got a huge flowchart of things we have to do to deal with it with the Leftie lawyers.”

The controversial policy has faced heavy scrutiny since it was announced with the latest reports claiming LGBT refugees sent to Rwanda could face persecution and Ukrainian refugees fleeing Russia’s invasion could also be sent to east Africa.

The Home Office’s equality impact assessment for the policy, published this week, states that there are “concerns” over the treatment of some LGBTQ+ people in the east African country, and that investigations point to “ill treatment” of this group being “more than a one-off”.

The document also reveals that some asylum seekers in Rwanda are forced to wait years for a decision and two thirds are ultimately rejected.

Meanwhile, immigration minister Tom Pursglove said that decisions to ship asylum seekers to the east African country would be considered on a “case by case basis” – and did not deny that people who have fled Ukraine could be among them.

During an evidence hearing with the Home Affairs Select Committee, he also declined to rule out that Afghan nationals who worked alongside the British Army could be deported under the policy.

Asked whether refugees who have escaped the Russian invasion could be among the cohort relocated, Mr Pursglove said: “There is absolutely no reason why any Ukrainian should be getting in a small boat, paying a smuggler to get to the UK.