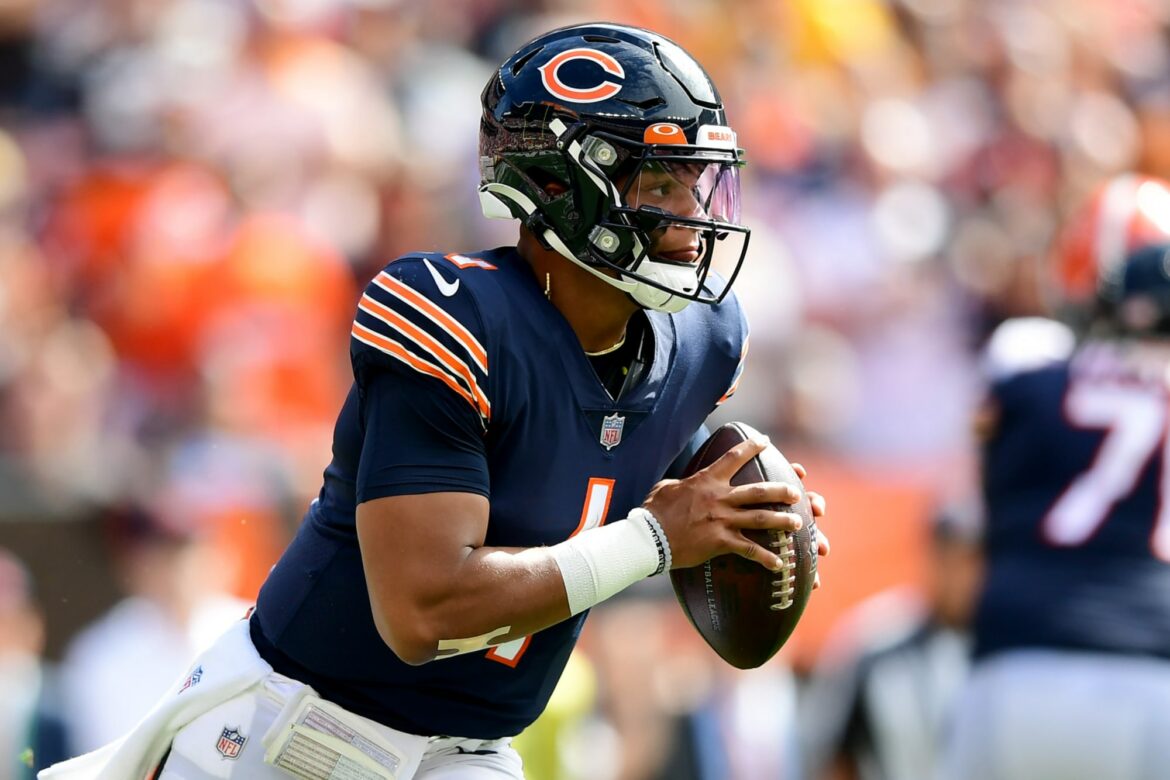 Chicago Bears fans are still talking about the rough starting debut for first-round pick Justin Fields. While the youngster had high expectations going into this one, the offense just never got going in a loss to the Cleveland Browns.

Fields went 6-of-20 throwing the ball for only 68 yards in the defeat. That’s not what people were expecting from him at all, but you’ve got to give credit to the Cleveland defense. Well, if you ask the folks at First Take, it may be time for the Fields experience to be pulled.

Is this seriously what people are talking about these days? While we’re used to absurd comments from Stephen A. Smith, the fact that this topic is even being discussed is nothing short of a joke. This was Fields’ first-career start in the NFL.

While Matt Nagy isn’t winning over fans in Chicago, and his play-calling getting blasted left and right, it’s still way too early for Fields to even think about wanting to play somewhere else. Remember, the Bears traded up in the first round to make Fields their signal-caller of the future.

While Chicago has rolled with Andy Dalton, who suffered a knee injury in Week 2, to begin the season, the plan has been to ease Fields into things. Do Bears fans really want him play like Zach Wilson has for the Jets?

Fields struggle mightily in his first start, but he’s simply too good to worry about one game. He’ll work his tail off and do his best to live up to the hype in the Windy City.