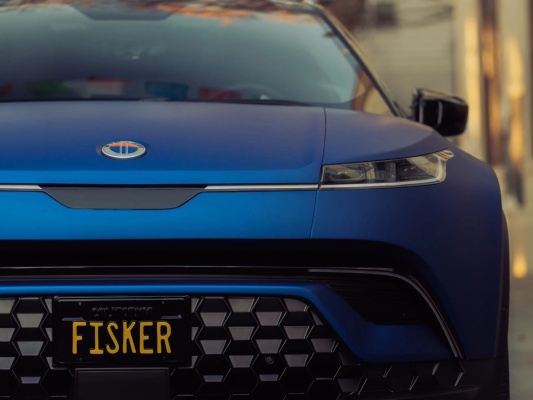 Fisker is still on track to start production of the Ocean SUV in November, with reservations for its first electric vehicle jumping to 31,000, the company said Wednesday during its fourth-quarter and full-year earnings call.

The EV startup said production of prototypes have started at the Fisker Ocean assembly facility, which is operated by automotive manufacturer Magna Steyr’s factory in Graz, Austria. The facility will soon have the capability to produce two prototypes per day to support its test and validation program for global certification.

There are 1,600 fleet reservations for the Ocean, including an incremental 200-unit order from software company ServiceNow.

Unraveling the figures in its earnings report, it appears the company has added about 6,000 reservations since the start of the year. Fisker reported $6.3 million in deposits by the end of 2021. Given that it charges $250 for Ocean SUV deposits, the company likely had about 25,000 reservations at the close of 2021. Fisker reports the net daily retail reservation rate in 2022 year-to-date increased more than 400% compared to the last fiscal year, and is on pace to hit over 55,000.

Roughly 80% of the Ocean reservations came out of North America, with the remainder coming out of Europe, according to CEO Henry Fisker, but the company is expecting that number to change when it launches in Europe. The company is going to the Mobile World Congress next week in Barcelona to launch the Ocean. Henrik Fisker said he’s expecting Europe to make up 40% to 50% of total demand.

A survey of reservation holders conducted by the company in December 2021 showed the majority, 81%, plan to buy one of the top two trims, the Ocean Ultra, priced at $49,999, and the Ocean Extreme/One, priced at $68,999. This implies an initial average selling price of about $56,000 and that current reservations have an indicative future gross revenue value of about $1.7 billion, based on the more than 30,000 reservations.

During the call, Fisker touted the company’s opportunity to own market share in the “sexy, sustainable” category, saying that there are no other competitors selling affordable, good-looking, high-tech EVs since most of the cars hitting the market, including some of Fisker’s, are priced much higher.

“I’m challenging you to find a sexy, high-tech electric vehicle under $30,000,” said Fisker during the earnings call. “Now, with that in mind, think about what’s going to happen in the next two years. All this market share is going to be up for grabs. And if we are to have a vehicle among the very few, we will have the ability to take a much larger market share than we normally would have if you would have 50 competitors, and we don’t. All these competitors that everybody’s talking about are coming out with $60,000, $70,000, $80,000-plus cars.”

While Fisker was mainly referring to the potential for its Pear, an electric crossover that opened up for reservations on Tuesday with a starting price of $29,000, it’s clear from Fisker’s Ocean reservation breakdown that current buyers are still more interested in chasing the highest form of luxury available in an EV.

That said, even though the Pear has been open for reservations for only a day, it already has 1,000 signups, according to Fisker.

The company announced the completion of the concept phase for the Pear, which will be manufactured in partnership with Taiwanese electronics manufacturer Foxconn in Ohio at an expected annual volume of a minimum of 250,000 per year after full ramp-up.

“My goal is that we will ultimately produce over a million Pears a year, sometime after 2025,” said Fisker. “Obviously, that’s going to demand multiple factories in multiple continents. But I think this vehicle has the potential of being iconic, globally. It’s designed not to fit in a segment, but to fit in a future lifestyle.”

The CEO cited the company’s agreement announced in Q3 last year with battery cell manufacturer CATL, which should give Fisker an initial annual capacity of over 5 gigawatt-hours through 2025, with the potential to increase volumes.

Among other announcements during the earnings call, Fisker said it has nominated JPMorgan Chase in North America and Santander in Europe as its banking partners for point of sale retail loans for all its customers.

“Our teams are now knee-deep in architecting and fully integrating systems for a frictionless user journey, from the ordering process to creating valuation to financing to ownership experience,” said Dr. Geeta Gupta-Fisker, co-founder, chief operating officer and chief financial officer of Fisker.

The company also announced that is has “greenlit” its powertrain development center in Southern California that will focus on everything from pack design to battery management system design.

“We have already built strong internal capability in these areas, but we’re building that out and providing the technology and tools required to increase expertise in this critical area,” said Gupta-Fisker. “The Center of Excellence will also be used for vehicle tear-down benchmarking, as well as root cause analysis.”

When we zoom out to full-year spending, Fisker spent $286.9 million on R&D, up from $21 million in 2020, a typical turn for a pre-revenue and pre-production company that is gearing up to sell cars equipped with tech like the ADAS system it announced at CES with Magna.

As a result of such hearty spending, Fisker’s cash supply is down slightly, from $1.4 billion last quarter to $1.2 billion in the fourth quarter, but that’s still plenty to play around with since the company doesn’t have much in the way of long-term debts. It does have convertible notes, but those are likely to become equity in time.

The company says it has stayed pretty disciplined with spending, and as a result has the resources to fund the Ocean program launch in November and stay on track with other projects in 2022. However, post-November Ocean ramp-up, Fisker is developing “a very robust working capital model” and is in “discussions with several large balance sheet banks for access to asset-backed credit lines to fund working capital needs in a non diluted-way,” said Gupta-Fisker.

The company is also relying on its access to industry-standard payment terms by many suppliers, and is open to fundraising again on the public markets should it need to bolster the balance sheets further, according to Gupta-Fisker.

Fisker’s stock was briefly up to $14 per share after hours, but has settled at around $12.90 at the time of this writing, an increase of nearly 2% today.