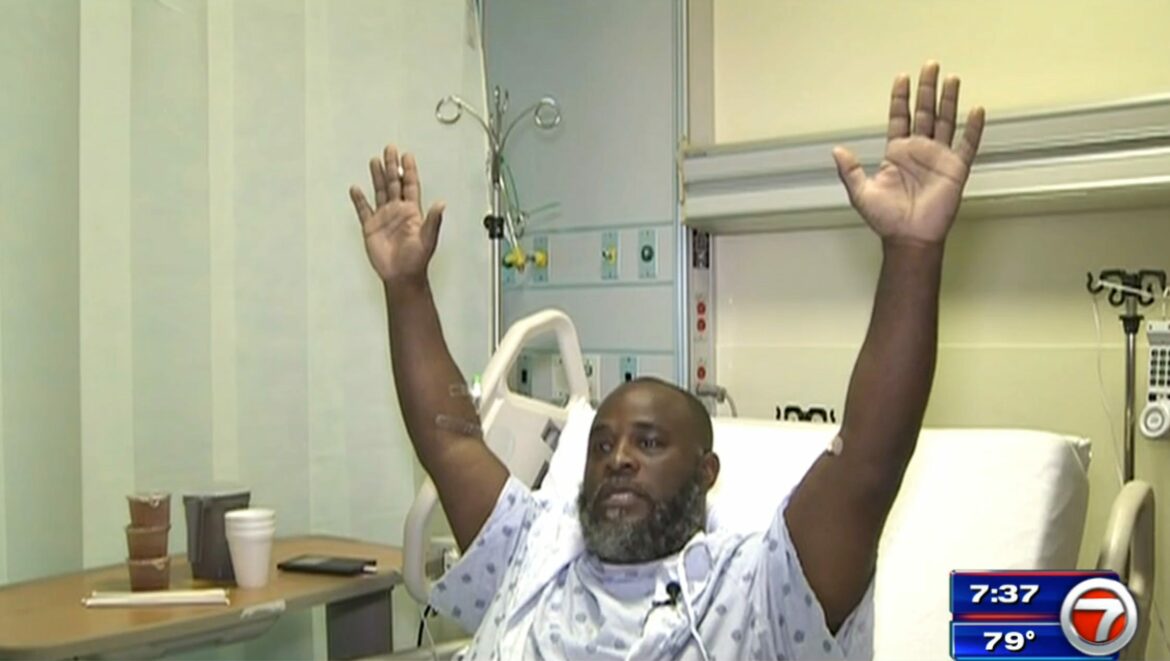 An appeals court on Wednesday overturned the negligence conviction of a Florida police officer who in 2016 shot at an unarmed autistic man and hit his caregiver in the leg, and ordered a new trial.

Former North Miami officer, Jonathan Aledda, was convicted of culpable negligence in 2019 but was acquitted of attempted manslaughter charges. He was sentenced to 100 hours of community service and ordered to write an essay on communication and weapons discharges.

The appeals court ruled that a Florida circuit judge was wrong when he prevented an officer from testifying about training Aledda had received on hostage rescues.

Aledda testified he thought Charles Kinsey, a behavioral therapist, was in a hostage situation and he needed to shoot Arnaldo Rios Soto to protect Kinsey and other officers.

Rios, who had run out of the group home where he was living at the time, was seen on bystander video sitting in the street playing with a shiny toy truck. Kinsey lay down on the ground, put his hands in the air and tried to explain to officers that both he and Rios were unarmed, according to a video of the incident taken by a witness. The video ended before the shooting began.

Two officers who were closer to Kinsey and Rios said they could tell the silver object was a toy, but a commander radioed that it appeared Rios was reloading, according to testimony. Aledda fired three shots at Rios, two of which missed. The third shot hit Kinsey in the leg.

USA TODAY OPINION:Courts must hold rogue cops accountable everywhere — even at the dentist

Miami-Dade State Attorney Katherine Fernandez Rundle told The Associated Press in a statement that the court’s decision was disappointing to all who believe the shooting was unnecessary and incorrect, and prosecutors plan to seek a rehearing.

Kinsey is “willing to do whatever is necessary to secure a conviction in this case. He does not think that Officer Aledda should be a police officer and does not think he should get his credentials back,” Kinsey’s attorney Hilton Napoleon told CBS4 Miami.

“While the State was allowed to present evidence as to how other officers on the scene responded to the situation, and how ‘shocked’ those officers were that Aledda fired his weapon, the trial court’s challenged evidentiary ruling precluded Aledda from presenting a key ingredient of his defense,” judges Edwin Scales, Eric Hendon and Bronwyn Miller wrote in their decision.

According to Aledda’s attorney, Eric Schwartzreich, in a statement to CBS4, Aledda is “excited” by the ruling and looking forward to getting his job back.

“We hope this is going to end with the state either dropping the charges or alternatively Mr. Alleda being found not guilty,” Schwartzreich told NBC6.

Aledda pleaded not guilty to the criminal charges, and his first trial ended in a mistrial in March of 2019 after a jury found him not guilty of culpable negligence but deadlocked on the other counts.