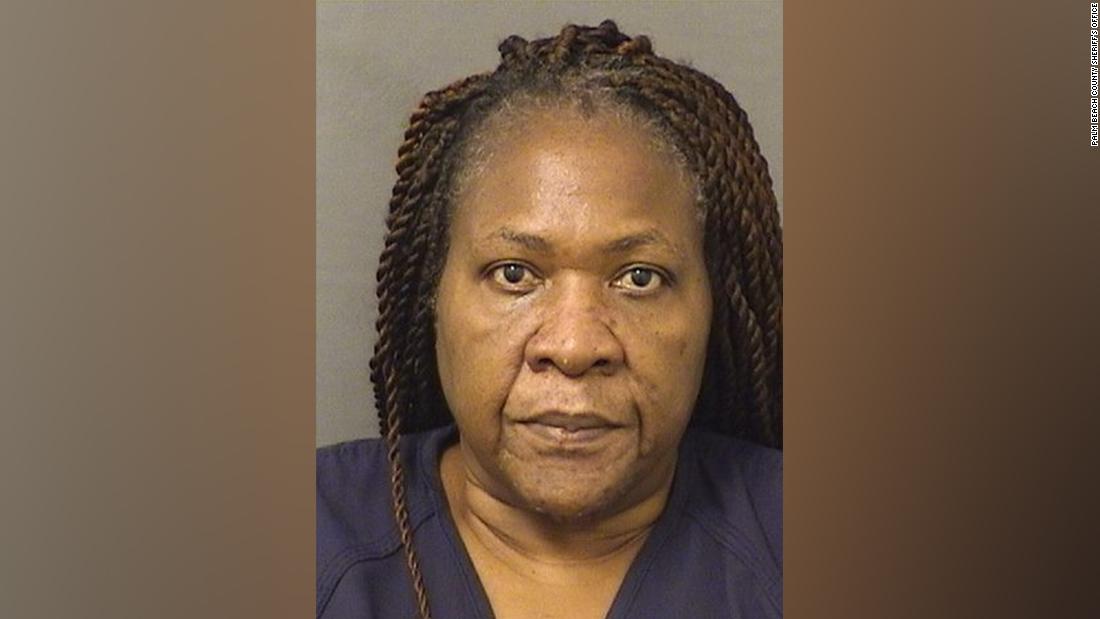 Joan Burke, 61, who is being held without bond, appeared before a Palm Beach County judge on Sunday via video conference, according to court documents obtained by CNN affiliate WPTV.

CNN has reached out to Burke’s attorney for comment.

In an incident report, officers with Palm Springs Police said they responded to Burke’s home on the evening of February 11 after receiving a call from a man who identified himself as the son of the suspect.

The caller said he had arrived home from work and discovered the body of his stepfather, Melvin Weller, 62, lying on the kitchen floor in a pool of blood. When asked by the 911 dispatcher if anyone else was at home at the time, the caller “paused for several seconds and then said his mother Joan Burke was there,” the report stated.

When officers arrived, they found the victim in a large pool of blood that covered more than half the kitchen floor, according to the report. Investigators also found a mop, a broom and other cleaning tools next to the body.

Police said the victim, who appeared to be deceased, had multiple stab wounds and lacerations on his body. Officers noticed blood splatters and smears on the walls, cabinets, and counters of the kitchen. A couple of knives and a meat cleaver were found in the kitchen sink, police said.

During a sweep of the home, officers discovered Burke lying in a bed in the master bedroom, conscious and alert but remaining silent, according to the report. She was transported to a nearby hospital for evaluation.

An autopsy revealed the victim suffered more than 140 stab wounds and a skull fracture caused by a blow to the head with a meat cleaver, the report said.

In a search warrant executed on the suspect’s home, police were able to recover a garbage bag containing a blood-stained nightgown belonging to the suspect and a cellphone which investigators think belonged to the victim, according to the report. Police said Burke was also found to have lacerations on her hands.

A motive for this incident is still unknown. The victim’s family said he was physically disabled at the time of his death.