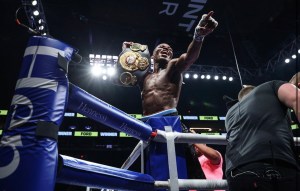 Ford found himself with an aggressive rival who was determined to take the crown from him. He had to use his counterattack and his speed well to get out of trouble in many rounds and to be able to add points on the judges scorecards.

The rounds were really close. Vázquez attacked well and landed good punches but that was not enough against the skills of the regional champion of the pioneer organization.

The 22-year-old made the second defense of the belt and improved his undefeated record to 11 wins, 1 draw, and 6 KOs. For his part, Vázquez now has a record of 11 wins, 1 loss, and 3 KOs.