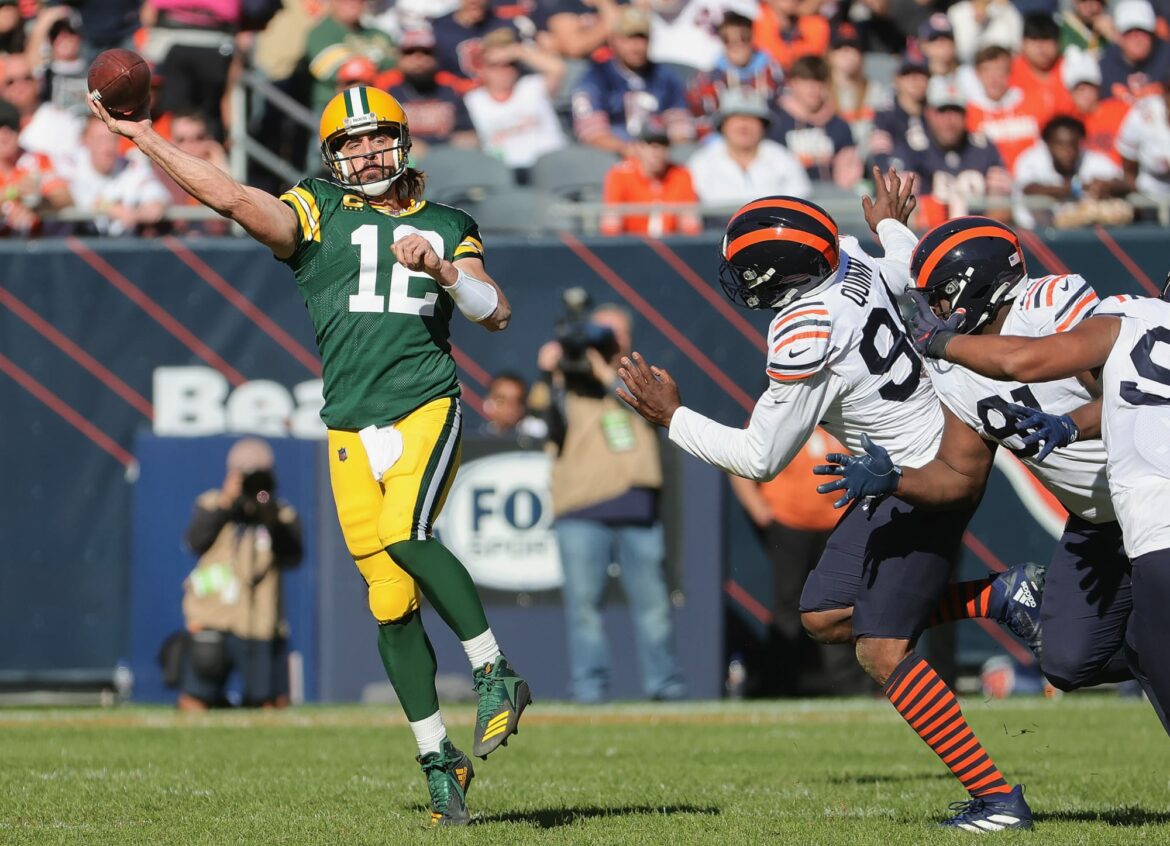 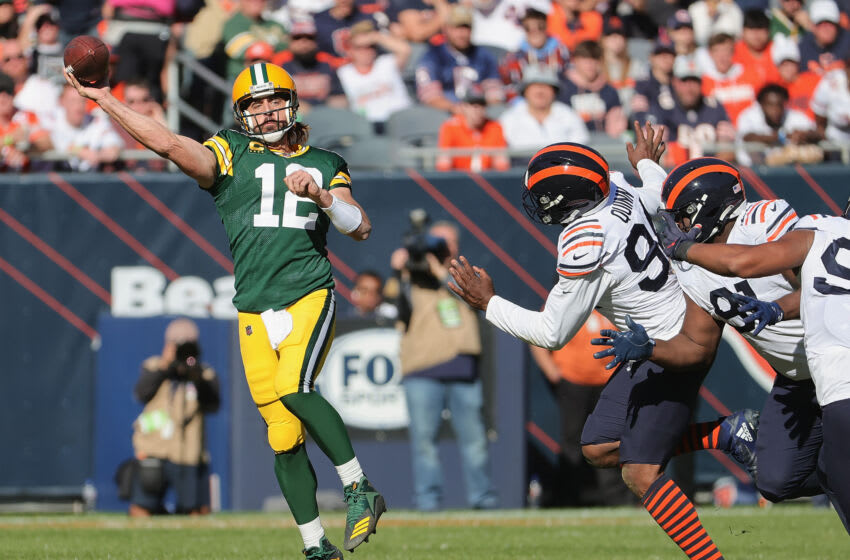 CHICAGO, ILLINOIS – OCTOBER 17: Aaron Rodgers #12 of the Green Bay Packers passes under pressure from Robert Quinn #94 and Eddie Goldman #91 of the Chicago Bears at Soldier Field on October 17, 2021 in Chicago, Illinois. The Packers defeated the Bears 24-14. (Photo by Jonathan Daniel/Getty Images)

Aaron Rodgers has ticked off plenty of folks in Chicago after saying “I own you” to Bears fans over the weekend.

Green Bay Packers quarterback Aaron Rodgers sure is despised in the Windy City. Not only is he known for always lighting up the Chicago Bears, but he’s getting pretty cocky about things of late. We all saw that in Week 6.

In the win over the Bears, Rodgers scored on a rushing touchdown in the fourth quarter and then told Bears fans “I own you” with plenty of passion.

Well, former Bears Pro Bowler Olin Kreutz saw this and didn’t hold back in going after the signal-caller.

The rivalry between Chicago and Green Bay is no question one of the best in the NFL. These two NFC North rivals hate each other, which makes their showdowns even better. Rodgers had a day to remember this past Sunday, throwing for two touchdowns and adding his rushing score. Green Bay is now 5-1 on the year.

While the team and Rodgers have plenty of confidence, Kreutz clearly took issue with Rodgers trying to big-time the fans in the stands. In Rodgers’s defense, photos emerged of people giving him the middle finger and yelling at him.

Hey, the quarterback decided to just give them a fresh reminder of how great he is. At the same time, this has ticked off plenty of people in Chicago. Kreutz was so annoyed, he basically told Rodgers that he’d like to invite him to lunch and provide him with a knuckle sandwich or two.

In the clip above, Kreutz even held back a little saying that he couldn’t fully say what was on his mind about Rodgers. Rodgers really ticked him off.