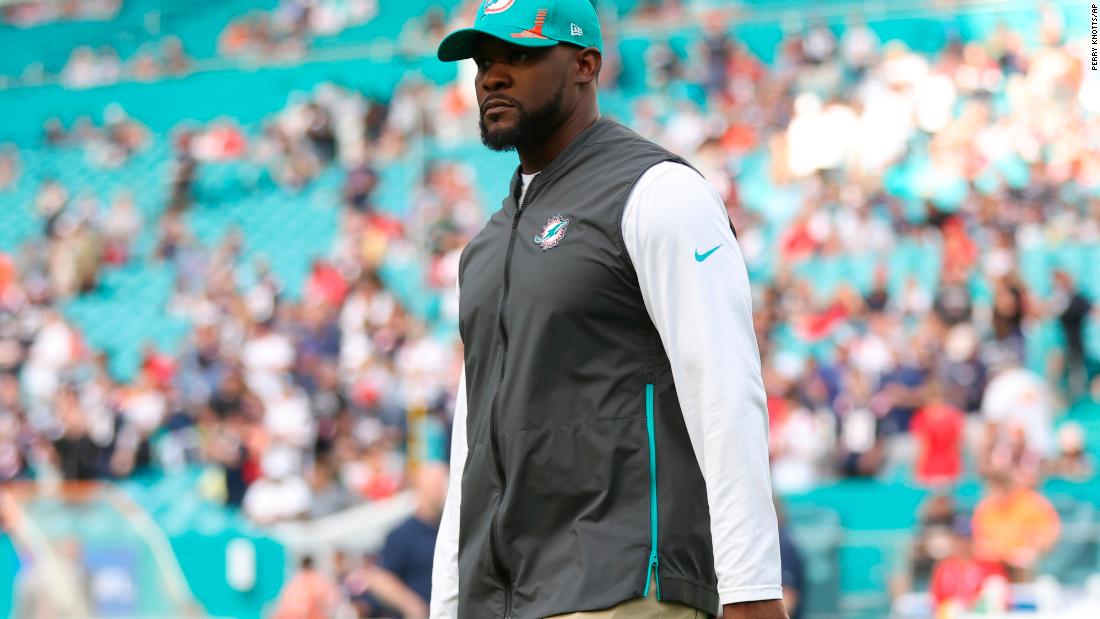 Flores’ attorneys, Doug Wigdor and John Elefterakis, joined him on the show.

“I think just signing that separation agreement would have really silenced me,” Flores said.

When asked by Gumbel how much money he left on the table by not signing the agreement, Flores said, “a lot.” Elefterakis chimed in and said, “It was millions of dollars.”

In a statement to CNN, the D​olphins denied Flores’ claims.

“This latest assertion by Brian Flores that Steve Ross mentioned an NDA to him is categorically false. This just did not happen, and we simply cannot understand why Brian continues this pattern of making unfounded statements that he knows are untrue,” the team said. “We are fully cooperating with the NFL investigation and look forward to all of the facts coming out which we are confident will prove that his claims are false and defamatory.”

Flores lawyers responded to the Dolphins on Twitter by posting images of what the attorneys say is the nondisparagement agreement in question. The interview is the latest salvo in Flores’ legal battle with the NFL, the Dolphins, the New York Giants and the Denver Broncos over allegations of racial discrimination.

Flores, who is Black, alleged in the suit that Dolphins’ owner Stephen Ross offered to pay Flores to purposely lose games in order to secure a higher pick in the NFL draft and encouraged Flores to purposely violate league tampering rules. When he refused, Ross then led a campaign to treat Flores with “disdain and held out as someone who was noncompliant and difficult to work with,” the lawsuit states.

Flores also accused the Giants and Broncos of carrying out sham interviews in order to comply with the “Rooney Rule,” which requires teams to interview at least two minority candidates for open head coaching jobs.

The Dolphins fired Flores in January at the end of the latest NFL season. He went 24-25 in three years with the Dolphins, including a 9-8 record this season when Miami missed the playoffs. He has since been hired by the Steelers as the team’s senior defensive assistant/linebackers coach under head coach Mike Tomlin.

CNN’s Eric Levenson and Kevin Dotson contributed to this report.