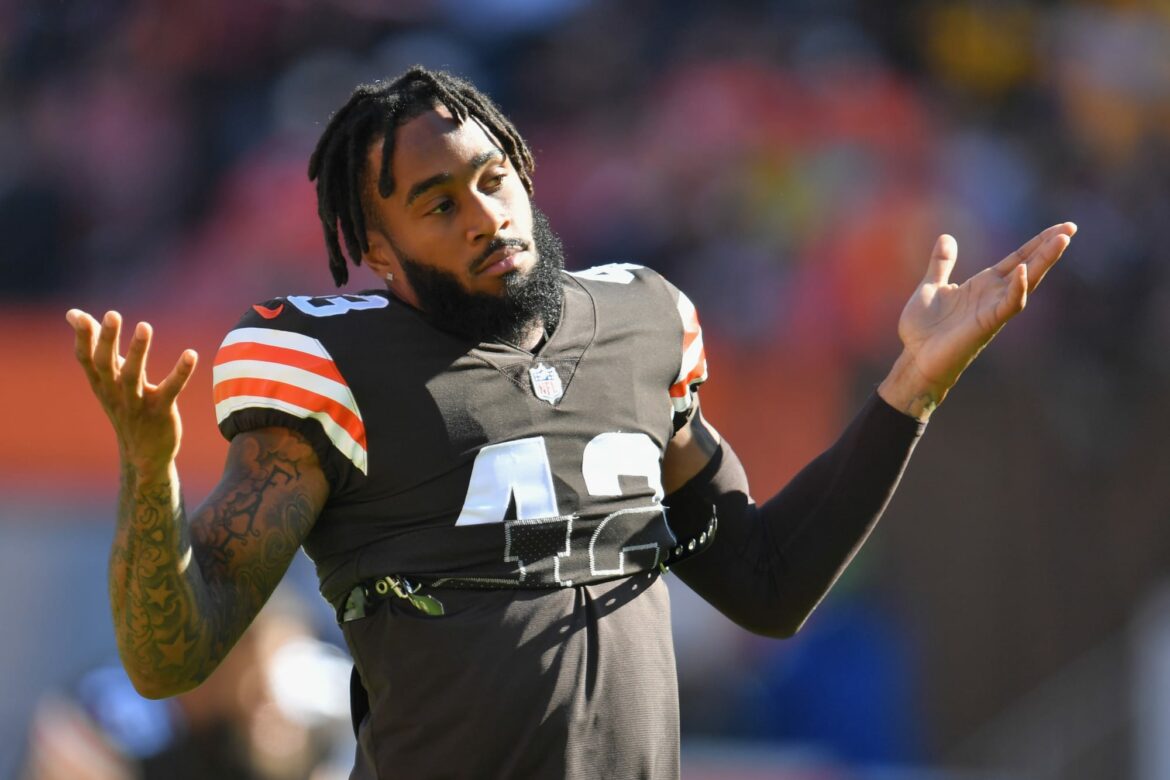 Since clearing waivers on Tuesday afternoon, NFL fans were waiting and wondering where wide receiver Odell Beckham Jr. would sign for the remainder of the season. That answered arrived on Thursday, as he is signing a one-year contract with the Los Angeles Rams. While it is a win-now move, there are questions as to how Beckham will fit in Los Angeles’ loaded wide receiver corps.

Cleveland Browns safety John Johnson III, who is a former third-round pick of the Rams, spoke with the media as the Beckham news broke. Johnson shared his thoughts on the signing, questioning how Beckham would work in Los Angeles’ offense, especially with Cooper Kupp as the star receiver.

You can listen to Johnson’s full thoughts in the video below, courtesy of Pro Football Focus’ Ari Meirov.

#Browns safety John Johnson, who spent the first four years of his career with the #Rams, was talking to reporters when the Odell Beckham Jr. news was going down.

Knowing the #Rams’ offense, he’s not 100% sure how it’s going to work: pic.twitter.com/akWhzllsfT

It was an interesting take by Johnson, who was with the Rams from the 2017 season until he signed with the Browns this past offseason. Johnson brings up that regardless of whether head coach Sean McVay calls a run, a pass or a screen, the offense runs through Kupp.

This season, Kupp is statistically the top wide receiver in the game. Kupp leads the league in receptions (74), receiving yards (1,019), touchdowns (10) and targets (103) through nine games this season.

The Rams have Kupp, Robert Woods and Van Jefferson at the top of the wide receiver depth chart. With Beckham, it will be interesting to see where he fits and how he will be used. But, as Johnson says in the clip above, McVay is one of the best in the game, and he can find a way to make it work.