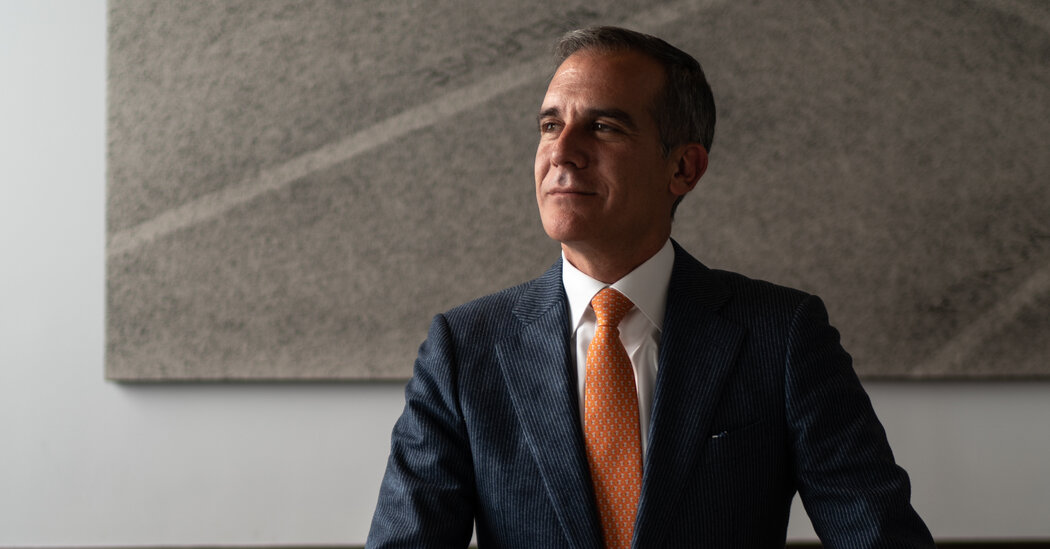 The mild exchange capped months of speculation over whether Los Angeles’s current wave of City Hall scandal would cost Garcetti a long-sought place in the Biden administration. Garcetti, who joined Biden’s inner circle after ending his own presidential bid in 2020, had at one point appeared to be in contention for a cabinet post.

As the pandemic spiked in Southern California, Garcetti took himself out of the running for a gig with the White House. He accepted the ambassadorial nomination in July as infections waned and the city began to look ahead to next year’s mayoral election, which he can’t run in after serving two terms. Since then, however, anxiety around homelessness and crime has risen, and City Hall has become the hub of a wider-than-usual array of corruption charges.

One City Council member is in federal prison and two more are under indictment. A former deputy mayor is embroiled in a bribery case and facing federal charges. Garcetti’s chief of staff spent several months on leave after posting disparaging remarks on a private Facebook page about California political figures, including the 91-year-old labor icon Dolores Huerta. The former head of the city water and power department has agreed to plead guilty to bribery charges in a case involving the city attorney.

And then there’s the former member of Garcetti’s security detail, who has sued the city, accusing the former deputy chief of staff, Rick Jacobs, of sexual harassment. Garcetti himself has not been charged in any of the cases, but the officer, Matthew Garza, has claimed that the mayor knew that Jacobs, a well-known Los Angeles fund-raiser, was groping and harassing him and failed to stop it. The mayor has repeatedly denied the charge.

In July, a lawyer for several former City Hall employees wrote to the Senate committee, calling the alleged harassment “common knowledge.” By mid-fall, the mayor’s nomination still hadn’t gotten a hearing, even though the committee had already advanced other potentially problematic picks — Rahm Emanuel, for example, who was mayor of Chicago during a controversial police shooting and is up for ambassador to Japan.