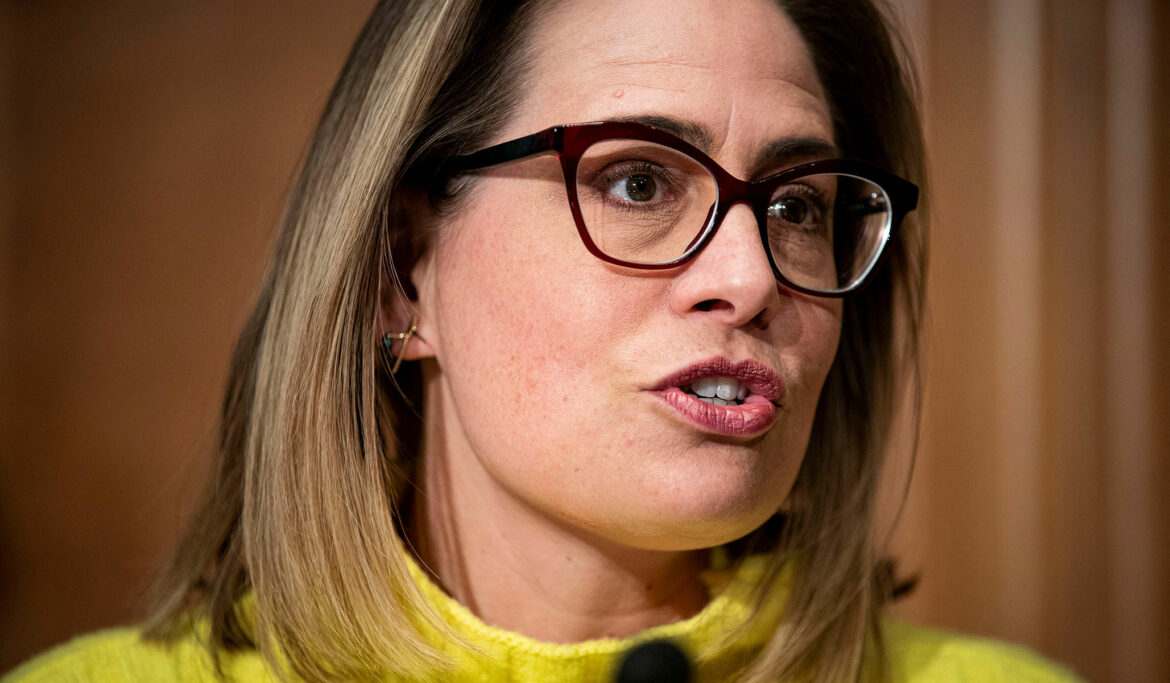 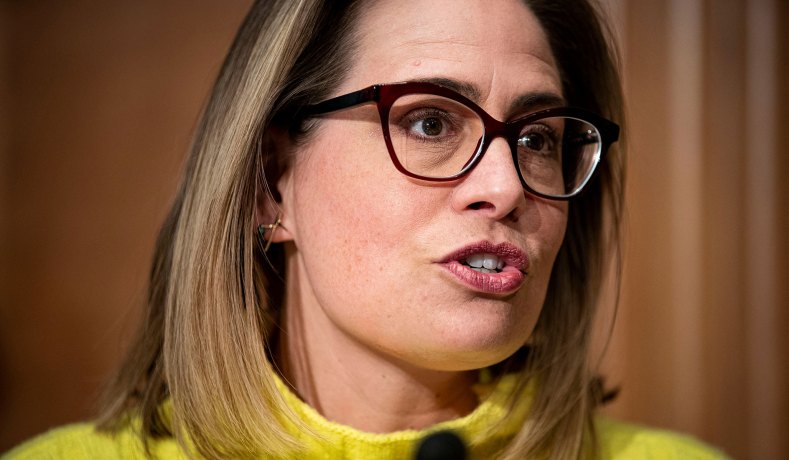 Sen. Kyrsten Sinema speaks during a Senate Homeland Security and Governmental Affairs Committee confirmation hearing for Shalanda Young, nominee for director of the Office of Management and Budget, in Washington, D.C., February 1, 2022. (Al Drago/Pool via Reuters)

Gawker has published an article entitled “We Have Kyrsten Sinema’s Social Security Number” in what seems to be a thinly-veiled threat against the senior senator from Arizona.

The piece brags about filing a records request for Sinema’s divorce papers, thereby providing readers with instructions for how to obtain it themselves.

Sinema has incurred the wrath of the progressive wing of the Democratic Party since defeating incumbent Republican senator Martha McSally in 2018. Most recently, Sinema has been criticized and hounded for opposing the Biden administration’s Build Back Better spending bill, and the abolition of the legislative filibuster.

In October, progressive activists supportive of Build Back Better followed Sinema into a restroom and filmed her after she entered a stall. President Biden hedged in his response to the incident, admitting that it was “not appropriate” while also calling it “part of the process.”

Besides announcing its possession of Sinema’s social security number, Gawker also listed the communal items shared and split by her and her ex-husband.

The Gawker article concludes with the musing that, “one might hope her familiarity with debt and social-worker salaries might have made her sympathetic to legislation aimed at increasing the federal minimum wage, which has languished at $7.25 since July 24, 2009. It did not, to which we can only say: 👎🏻.”