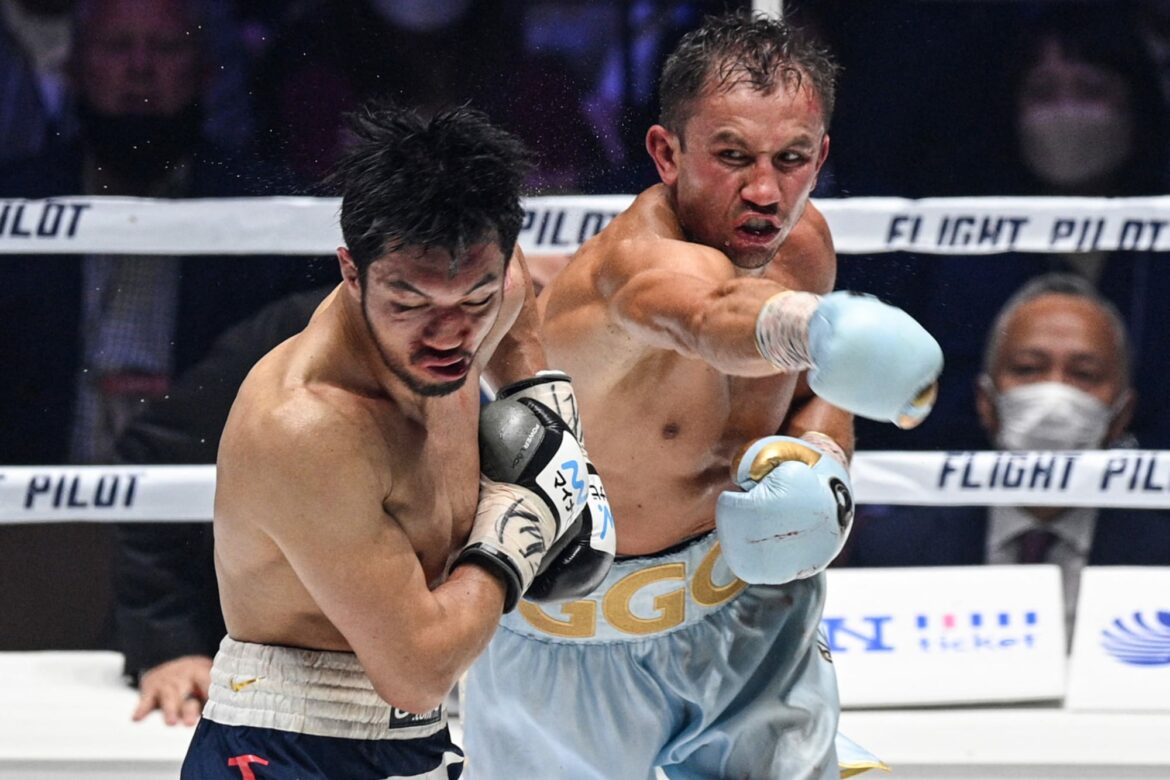 The day after his 40th birthday, Gennadiy Golovkin showed his endurance in a brutal war with Ryota Murata in Saitama Super Arena in Saitama, Japan, on April 9.

The finish was classic Golovkin. Throughout the fight, he wore down Murata and connected with a right hand that wobbled Murata and forced him to take a knee.

Murata’s (16-3, 13 KOs) corner knew their fighter was too damaged to continue and threw in the towel. Golovkin added Murata’s WBA belt to his claim to the middleweight crown, which includes the IBF and IBO belts.

Unlike most Golovkin opponents, Murata went straight at Golovkin from the opening round. The 6-foot Murata utilized his height and 5-inch reach advantage.

Murata likely won several of the early rounds on the judges’ scorecards, but round 6 served as the turning point in the battle.

Golovkin hit Murata with a right hand that sent Murata’s mouthpiece flying out of his mouth. The referee immediately stopped the action, but Golovkin continued his assault when the contest resumed.

It was a case of bend, don’t break for Golovkin. He took Murata’s best punches early but used his stamina to whittle Murata down.

With his victory, Golovkin is in prime position for a trilogy bout with undisputed super middleweight champion Canelo Alvarez. Alvarez has a two-fight deal with Matchroom Boxing that begins against Dmitry Bivol on May 7.

Golovkin fought Alvarez to a draw in 2017 and lost the 2018 rematch by majority decision. Both contests were close, but a trilogy matchup would be one of the biggest fights in boxing.