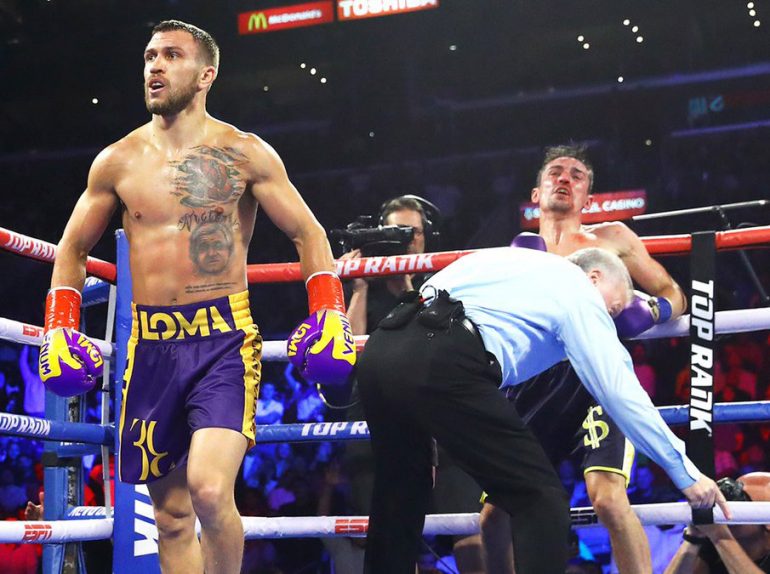 After sifting through various names, George Kambosos Jr. is reportedly down to just two.

As first reported by ESPN, the current unified lightweight champion is still mulling over offers to face current WBC titlist Devin Haney and, in a more likely scenario, Vasiliy Lomachenko.

Although nothing has been formally finalized as of yet, both Kambosos Jr.’s return date and fight location has supposedly been finalized. The 28-year-old will make his return to the ring on June 5th, at the Marvel Stadium in Melbourne, Australia.

Originally, it appeared as though Haney was the frontrunner to land an undisputed showdown against the Australian born product. But, following months of back and forth negotiations, Lou DiBella, the current promoter of Kambosos Jr., revealed that he had “moved on” from a possible showdown against Haney, claiming Eddie Hearn, the 23-year-old’s current promoter, made an offer that was unacceptable.

Regardless of whom Kambosos Jr. ultimately selects, he’s staying true to his initial word. In November of 2021, Kambosos Jr. brazenly stomped into the backyard of Teofimo Lopez and proceeded to yank away his IBF, WBO, WBA, WBC “Franchise” and Ring Magazine lightweight titles as a prohibited underdog.

Immediately following the win, Kambosos Jr. claimed that no matter who he faced next, his opposition would have no choice but to travel to Australia, his native land.

Lomachenko, 33, has bounced back nicely since losing those very titles that currently occupy the waist of Kambosos Jr. The Ukrainian product scored a ninth-round stoppage victory over Masayoshi Nakatani in June of 2021. Six months later, Lomachenko registered a decisive 12 round unanimous decision over Richard Commey.