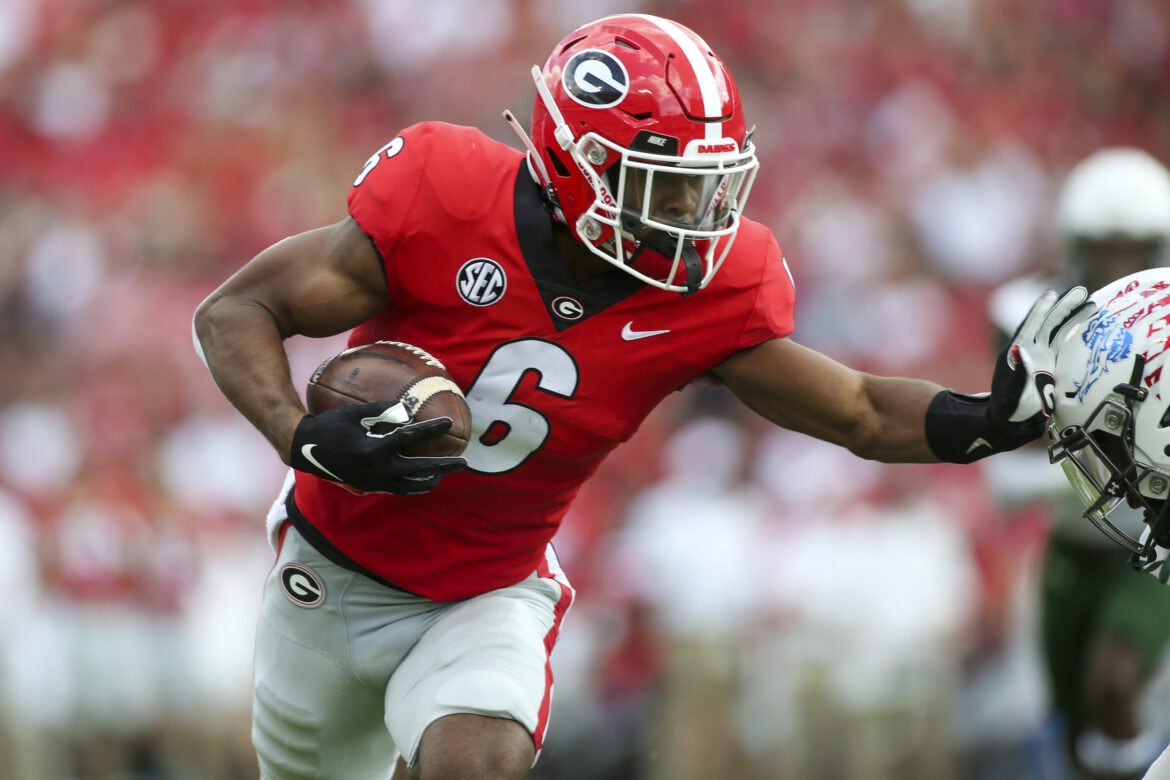 On early Sunday morning, Georgia football player Kenny McIntosh was arrested on a pair of misdemeanor charges, one for reckless driving and one for not wearing a seatbelt.

The Dawgs’ senior running back was involved in a traffic accident early Sunday morning in Athens. Mike Griffith of DawgNation reports the accident occurred at 4:30 a.m. ET. While no one was injured in the car crash, former Georgia wide receiver and NFL Draft prospect George Pickens was in the vehicle. They were reportedly returning home from a pre-draft celebration downtown.

Coming off a national championship season at Georgia, McIntosh is expected to be the starting running back for Kirby Smart’s football team. The Dawgs will have to offset losing James Cook and Zamir White to the 2022 NFL Draft as well.

This story will be updated as more information comes out on McIntosh’s Sunday morning arrest.