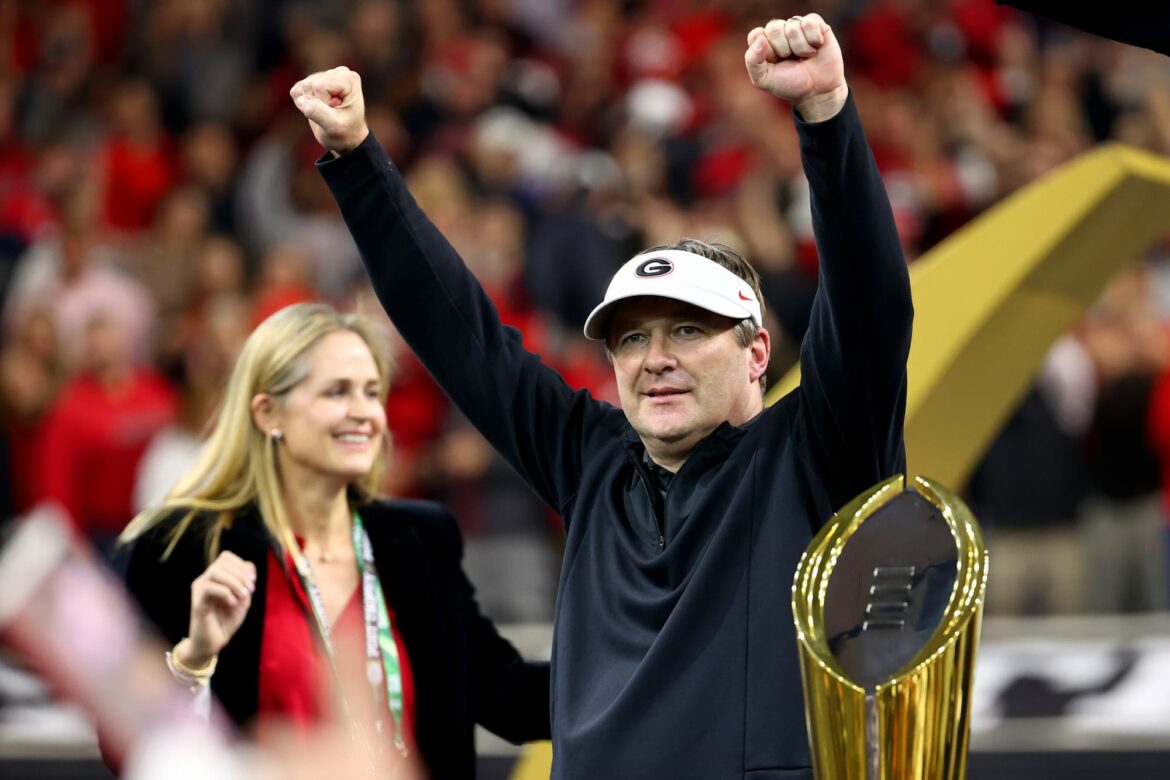 So, with the SEC coaches meetings going down this week, you’d think he’s show up to things in a limo or a helicopter, right? That wasn’t the case, as Smart just made his way to the meetings in a minivan. Even if you’re a Georgia hater, you’ve got to think this is awesome.

Only Smart could pull off a move like this and look like an absolute boss. Had he shown up in a limo or a hummer, no one would have been able to say anything. He’s the king of the SEC thanks to the natty this past season.

Now, Smart is ready for his team to try and go back-to-back next season as well. With spring football right around the corner, Georgia will enter the new season with plenty of hype and rightfully so. That’s always the case for the SEC powerhouse heading into a new campaign.

Smart and his coaching staff are feeling good this month too after finalizing another fantastic recruiting class. Georgia has 29 members for the ’22 haul and it came in ranked No. 3 in the country per the 247Sports rankings. More big things are expected of this team in the future with Smart at the helm.