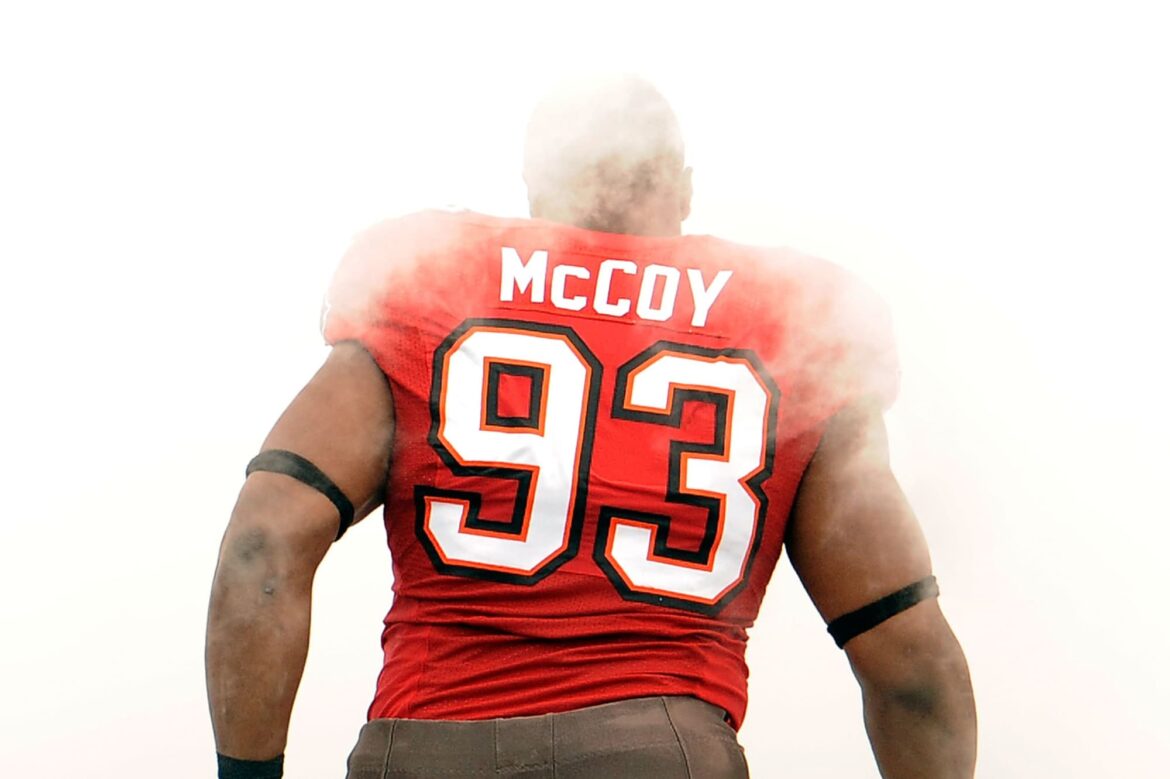 Gerald McCoy gives a promising injury update following an ACL tear and sketches out his plans on how and where he wants to retire from the NFL.

Las Vegas Raiders defensive tackle, Gerald McCoy, has been sidelined since Game 1 due to a devastating season-ending knee injury. Though he’s been designated to the bench while he recovers from a torn ACL, he’s told FanSided things are progressing ahead of schedule which should delight the fans waiting to see what he can do for the Raiders.

If that’s not exciting enough of an update, McCoy dropped something that will no doubt please fans of his original team: The Tampa Bay Buccaneers.

Gerald McCoy wants to retire with the Buccaneers

Many fans had wondered if in his downtime he’d given any thought to returning to Tampa Bay, and when asked he was pretty clear about his intentions for a future with the Buccaneers.

“Returning to Tampa? At some point, I will,” he said. “I grew up a Bucs fan, I got drafted there. So at some point, I’m gonna retire as a Buc. But right now I’m a Raider, and then we’ll see what happens after that.”

Despite only playing the one game with the Raiders, he’s enjoying his new life in Las Vegas.

“You come to Vegas all the time to have a good time,” he said. “You know, with your friends, your family. But to be here, like, as far as a sports team, that’s a little different, because visiting is one thing, but actually living here, you get to see, like, really see the outskirts of Vegas, and that’s pretty cool. I love it here.”

But he wouldn’t commit to loving it more than Tampa Bay.

The Las Vegas Raiders will face off with the Kansas City Chiefs on Sunday.