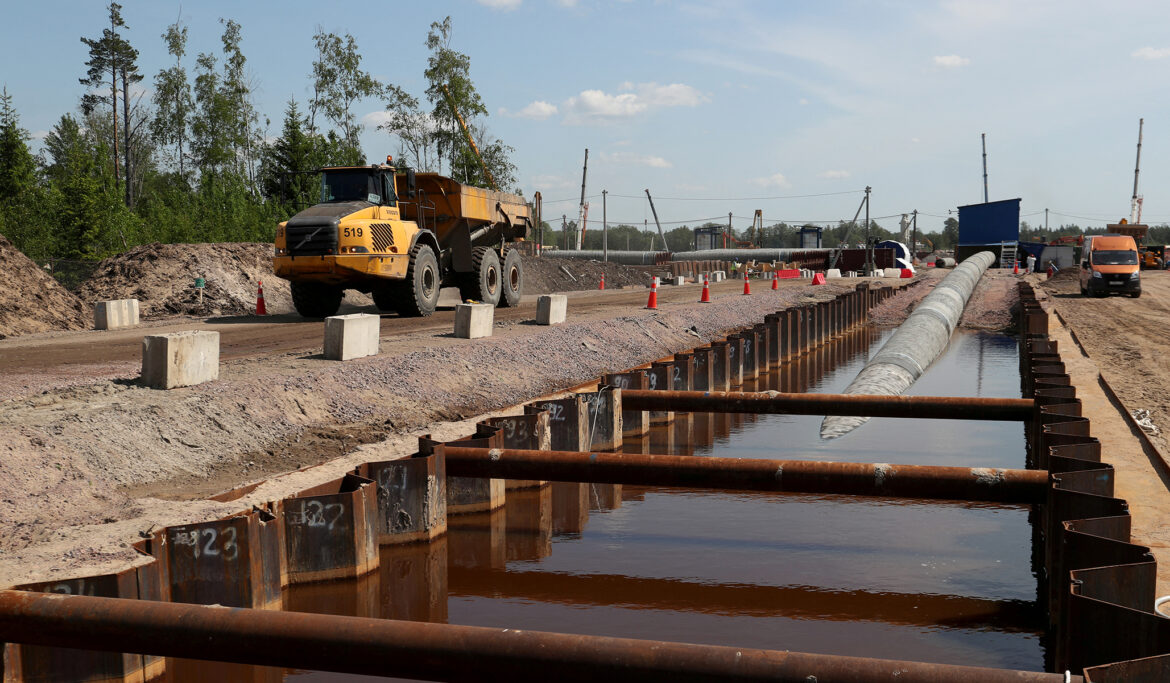 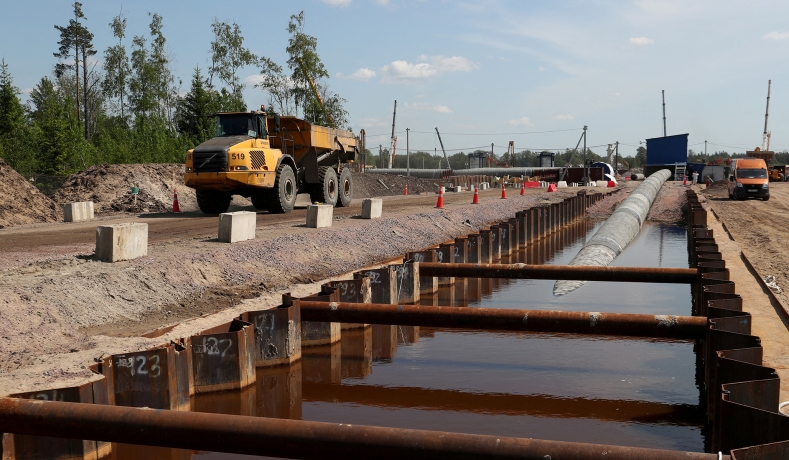 A view shows the construction site of the Nord Stream 2 gas pipeline, near the town of Kingisepp, Leningrad region, Russia, June 5, 2019. (Anton Vaganov/Reuters)

German chancellor Olaf Scholz announced on Tuesday that his government will halt the certification process for the Nord Stream 2 pipeline in response to Russia’s recognition of two separatist Ukrainian enclaves.

Nord Stream 2, which is controlled by a subsidiary of Russia’s state-owned energy corporation Gazprom, is completed and filled with gas but has not yet come online. Germany had expected to double imports of natural gas from Russia via the pipeline.

However, “the situation today is fundamentally different,” Scholz told reporters. “That is why we must re-evaluate this situation, in view of the latest developments. By the way, that includes Nord Stream 2.”

“German Chancellor Olaf Scholz instructed to stop the certification of the Nord Stream 2 gas pipeline. Well. Welcome to a new world where Europeans will soon pay 2,000 euros for a thousand cubic meters of gas!” Medvedev wrote on Twitter.

Medvedev: “German Chancellor Olaf Scholz instructed to stop the certification of the Nord Stream 2 gas pipeline. Well. Welcome to a new world where Europeans will soon pay 2,000 euros for a thousand cubic meters of gas!” https://t.co/mDFSxyN7k5

Russia provides over third of the natural gas used in Europe, according to a New York Times analysis, and Russian natural gas accounted for 27 percent of Germany’s energy supply in 2021. Germany is shutting down its remaining three nuclear power plants by December 2022 and closing coal-fired power plants by 2030, decisions which were expected to necessitate additional imports of natural gas from Russia.

Russia has ordered troops to enter two eastern regions of Ukraine recognized by President Vladimir Putin as independent, sparking condemnation from the U.S. and European nations. Ukrainian president Volodymyr Zelensky said in a televised speech on Tuesday that his country would not cede territory to Russia.

“We are committed to the peaceful and diplomatic path, we will follow it and only it,” Zelenskiy said, according to Reuters. “But we are on our own land, we are not afraid of anything and anybody, we owe nothing to no one, and we will give nothing to no one.”