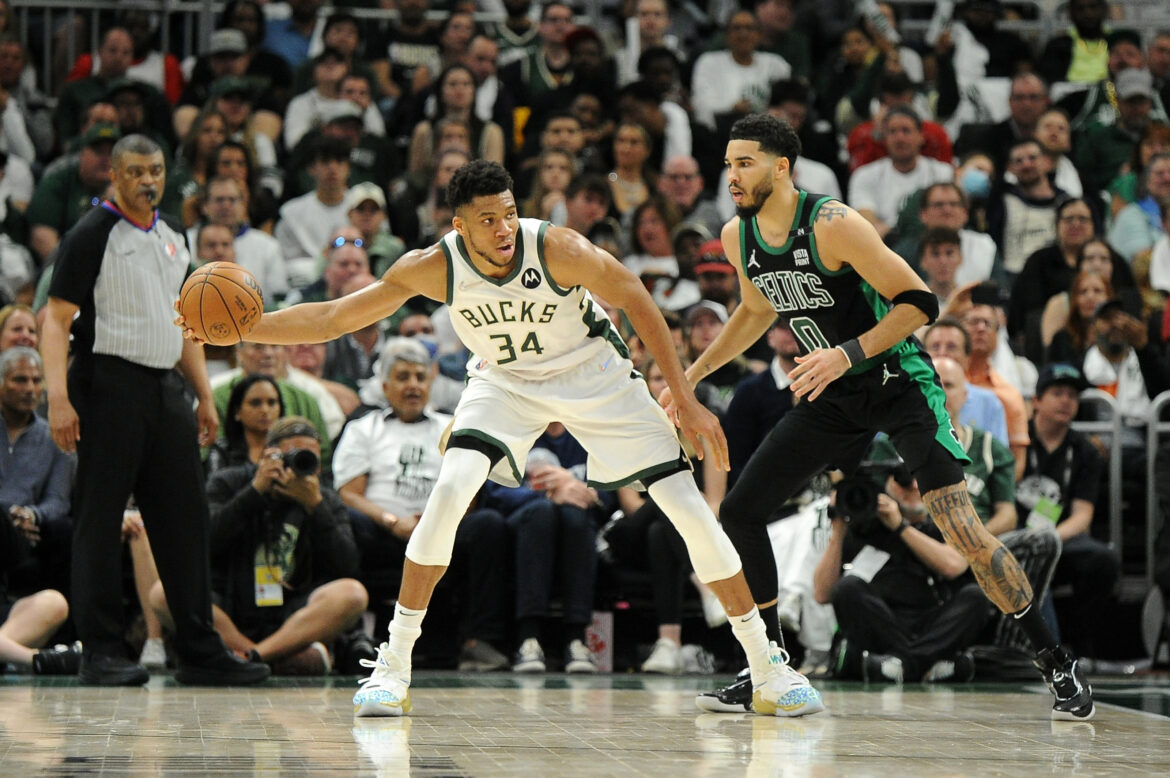 At first glance, it would be hard to place blame on Giannis Antetokounmpo for any of the Bucks’ offensive struggles in their 2-2 split with the Boston Celtics.

He’s averaging 32.0 points and 8.0 assists per game in the series, hitting the offensive glass, and getting to the free-throw line nearly seven times per game. His shooting percentages haven’t been great but he’s been incredibly productive against one of the toughest defenses in the league.

Giannis averaged a career-high 29.9 points per game this season, but he managed that as part of a slow evolution away from his primary creation responsibilities.

During the regular season, his average time of possession (4.5 minutes per game) was his lowest since 2015-16 and he averaged just 11.7 drives per game, about the same as Brandon Ingram or Jaylen Brown. In the four games of this series against Boston, both of those numbers have nearly doubled to 7.4 minutes and 21.3 drives per game.

In the playoffs, that number has skyrocketed to 47.9.

The end result has been a lot of possessions like this — the Bucks spending a lot of time setting up a touch for Giannis with a shell around him, and then him attacking a set defense as the shot clock winds down.

Giannis is a unique talent and one of the most effective one-on-one scorers in the league so he’s doing a lot with these opportunities, but they require a lot more energy on his part and reduce the Bucks’ other offensive players to mostly static observers.

It would be one thing if Giannis was able to collapse the Celtics’ defense and create kick out opportunities but Boston has been mostly comfortable letting Al Horford and Grant Williams deal with him without a lot of help and the Bucks have generated just 18.0 catch-and-shoot 3s per game in this series,

a number that would have ranked last in the league during the regular season by an enormous margin and a huge drop-off from the regular-season average of 26.7.

Not having Khris Middleton obviously puts a lot of extra weight on Giannis’ shoulders, but the Celtics also have an ideal array of defensive pieces with mobile bigs to handle Giannis, the Defensive Player of the Year, Marcus Smart, to put on Jrue Holiday and two excellent wing defenders in Jayson Tatum and Jaylen Brown to play track shooters and create disruptions off the ball.

All these interactions have created a Milwaukee Bucks’ offense that looks dramatically different from what it did during the regular season. 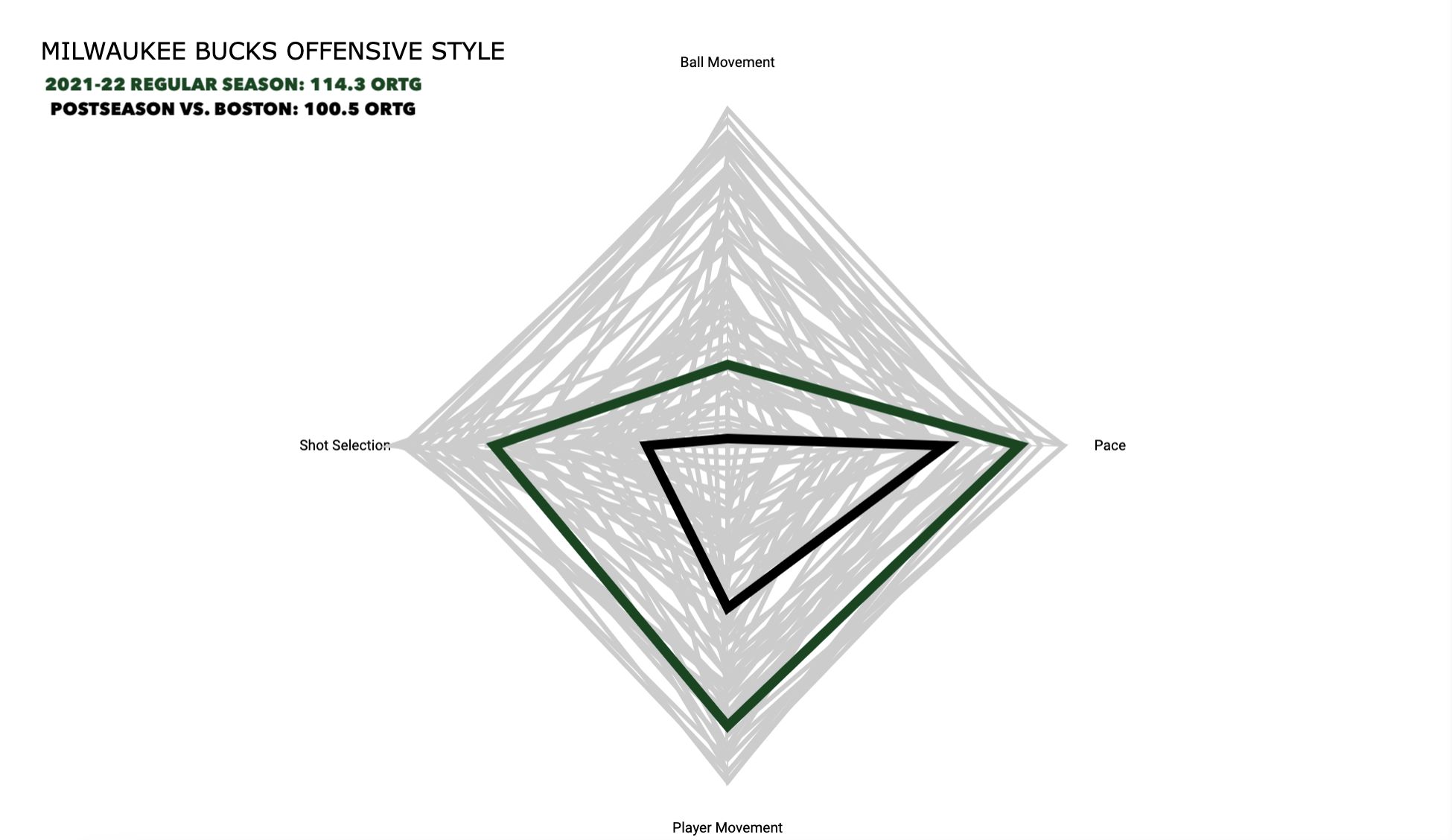 The Los Angeles Lakers had an incredibly disappointing season, wasting one of the final great years of LeBron James’ career.

Victor Oladipo could be looking for a new home this summer and the resurgent New Orleans Pelicans would make for a very interesting fit.

With the Philadelphia 76ers back in their series with the Miami Heat and holding all the momentum, maybe it’s time for the Heat to consider moving Sixth Man of the Year Tyler Herro into the starting lineup?